Where to Drink in Tucson, Arizona 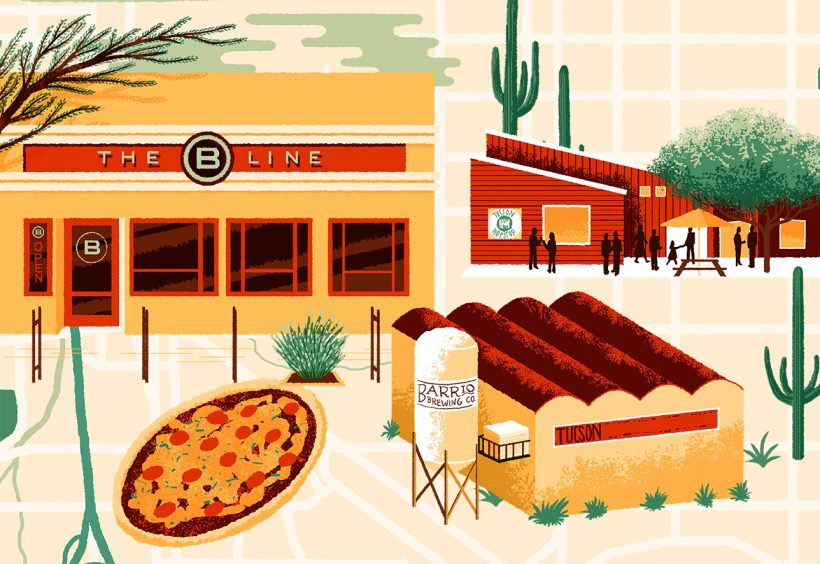 In an Arizona desert climate, where average high temperatures exceed 90 degrees from May to September, Tucson needs its beer. The city’s first brewing company, the aptly-named Pioneer Brewery, was opened in 1864 by Prussian-born immigrant Alexander Levin. This was just 11 years after the Gadsden Purchase, when the US acquired nearly 30,000 square miles of present-day Arizona (including Tucson) and New Mexico from Mexico.

Less than a decade later, Levin opened a second company, the Park Brewery, despite the region’s challenging environment for beer-making. No hops grew locally, transportation was slow, limited access to ice made cold storage difficult, there was little knowledge of pasteurization, yeast was hard to come by, and so too were the parts the industrious entrepreneur needed for his breweries, which he built himself.

Levin’s brewing business closed in 1886, by which time the railroad had arrived in Tucson, bringing with it cheaper and more consistently reliable beers from Europe and elsewhere in the US.

Then things went quiet for a hundred years or so, with not a single brewery appearing in Tucson until the Southwest Brewing Company opened in 1988. Unfortunately the city’s first microbrewery closed two years later. Not long after, a few other pioneering breweries opened that remain in operation today: Gentle Ben’s, Nimbus Brewery and Thunder Canyon Brewery.

In fact, Thunder Canyon now has two locations, each with a few dozen beers on tap, including other Arizona guest brews. House offerings range from thirst-quenching European-style Pilsners to more unusual but equally refreshing fruit beers (think apricot, blueberry, raspberry, and plum) and specialty ales like Quad the Impaler, a Belgian-Style Quadrupel.

When Nimbus opened in 1996, it produced a mere 200 barrels in its first year. Steady growth followed, however, and in 2001 the brewery opened its current facility hidden away on an industrial estate in south Tucson. Today, Nimbus is the biggest brewery in the state, with a capacity of 22,500 barrels a year. Try Old Monkeyshine, a popular English-style Strong Ale that is dangerously drinkable at 8.2 percent ABV.

Although Barrio Brewing Company opened in 2007, its roots trace back to 1991, when owners Dennis and Tauna Arnold started making beer for their restaurant, Gentle Ben’s. As their beer grew in popularity, the Arnolds built a dedicated brewery in a warehouse in Tucson’s Barrio district. At Barrio’s taproom and restaurant, patrons pair Southwestern comfort food with house brews like Barrio Blonde and Santa Rita Jefeweizen.

In the past five years, a wave of new breweries have opened in Tucson, including Iron John’s, Dragoon, Ten Fifty-Five, Pueblo Vida, 1912, Borderlands, Sentinel Peak, and Public Brewhouse. Since 2010 the number of breweries in Tucson has tripled, and things show no signs of letting up—six more plan to open this year.

Named a UNESCO World City of Gastronomy in 2014, Tucson has culinary chops, so it’s not surprising to find a thriving dining scene where local breweries play their part. Any urban area can boast fine dining, and Tucson has its share—especially in the golf and spa resorts that surround the city. But it’s the breadth of quality food, right down to street level, which made Tucson the first city in the US and only the 18th in the world to earn the distinction. 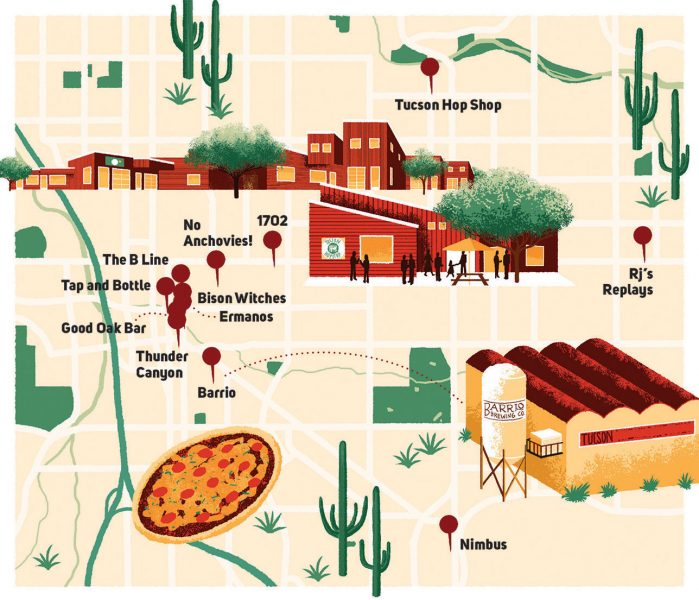 By focusing on two simple things, pizza and beer joint 1702 is able to do both supremely well. Located on the University of Arizona’s campus, the spot’s 46 taps hail from around the state and across the world. Hundreds more by the bottle offer further temptation. Try a slice of Mexicali pie (chorizo and green chile) with a pint of the house Pale Ale, 170(2) Simcoe. For more beer and pizza, head 5 minutes west to No Anchovies!, where a more modest draft list includes Tucson’s Dragoon alongside other Phoenix-area brews.

The B Line, a casual bistro-style restaurant with Mexican-influenced dishes, has 13 brews on tap, from Arizona and beyond. You can get a classic deli sandwich with your draft beer at Bison Witches, but locals come here for one of the largest bottled beer collections in the city, which is particularly strong in its representation of Tucson breweries like Nimbus and Barrio.

For easier browsing, Tucson has several bottle shops that also include bars, like the Tucson Hop Shop. Located northeast of downtown, near the Catalina Foothills in the Metal Arts Village, this emporium-cum-watering hole is surrounded by art, yoga, and tattoo studios. Here you’ll be greeted by local tap options like Borderlands Citrana Wild Ale, plus a bottle selection that runs into the hundreds, an outdoor beer garden, homebrewing gear, beer seminars, live music, and food trucks.

Expect a similar setup closer to downtown at Tap and Bottle, which opened in 2013. Its 21 drafts encompass regional players like Chandler’s SanTan Brewing and Scottsdale’s McFate Brewing. The hundreds-strong bottle list is backed by live music, educational tastings, and food trucks like Tacos el Velvet Elvis, beloved for its carne asada street taco.

Happy hour fans should head to Ermanos Craft Beer and Wine Bar, where drafts from the front bar and tasting room are $1 off until 6 p.m. You’ll find selections from local heroes Dragoon, Sentinel Peak, and Ten Fifty-Five, plus over 30 others hailing from Belgium to Utah.

Opposite the historic Hotel Congress and next to the Rialto Theater, Good Oak Bar shares space with Diablo Burger (a Southwestern cult favorite), and it’s the kind of busy, friendly bar you hope to find wherever you travel. It always has several Tucson brews on tap (like Borderlands Calamondin Lime Gose or Dragoon Stronghold Session Ale) along with beer from elsewhere in Arizona and a few breweries further afield. They also carry local wines and spirits to sample with their creative tacos and other pub fare.

Six miles to the east on Speedway Boulevard is Rj’s Replays, a sports bar that pays as much attention to its beers as its high-def screens. There are 29 HDTVs, plus a selection of 140 beers, 32 of them on tap. They include Barrio and Dragoon from Tucson, a healthy number from the rest of Arizona, and familiar brands from everywhere from Michigan to Mexico. Try Kilt Lifter, a Scottish-style Ale made by Four Peaks Brewing in Tempe, or Piehole Porter, which Flagstaff’s Historic Brewing Co. brews with fresh cherries and vanilla beans. ■ 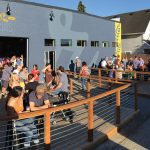 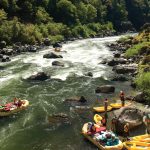