Pedals and Pints: A Six-Pack of Bike-Themed Beers 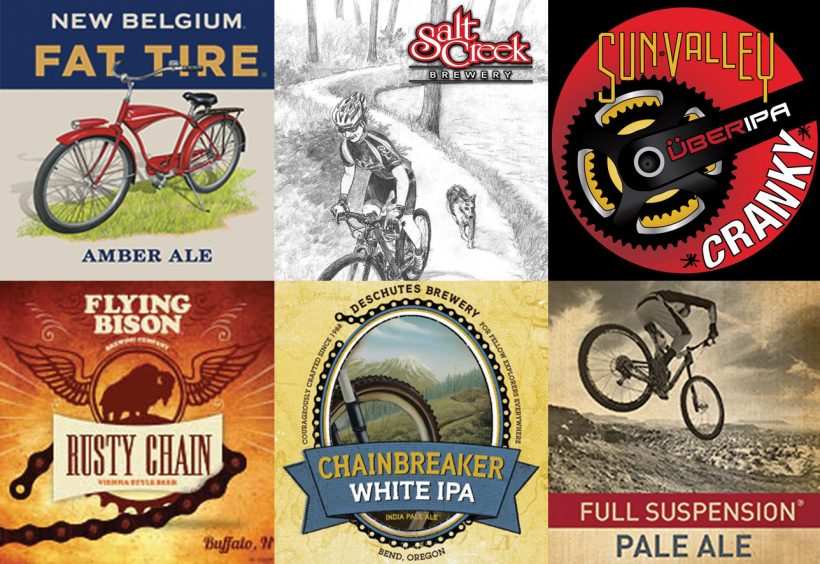 Don’t live near a bike trail? Drink vicariously through these beers inspired by cycling.

Fat Tire Amber Ale (5.2% ABV): The original bike beer. More than a few bike shops in America have a refrigerator filled with New Belgium’s flagship, which is often given as a tip to mechanics by well-meaning beginner cyclists.

Salt Creek Brewing’s Switchback Sally (8.0% ABV) is a full-bodied Double IPA that stands in contrast to its namesake, Sally Marchand Collins, a diminutive spitfire and mountain-bike skills coach who travels the country searching for choice singletrack with her two Australian shepherds.

With lots of aroma and just a hint of bitterness, the citrusy Cranky Über IPA (7.3% ABV) from Sun Valley Brewing makes for a perfect reward after a day in the saddle. Although to fully rehydrate, you may need more than one.

Bend, Ore., is one of the most bike-friendly communities in the nation, so it’s no wonder that Deschutes, its first brewery, offers an appropriately named beer. Chainbreaker White IPA (5.6% ABV) combines a traditional Belgian Wit with a lightly hopped IPA.

At only 4.0% ABV, the plush and hoppy Full Suspension Pale Ale from Squatters won’t have you crashing after a couple of pints. In other words, just the beer to reach for after a few hours of climbing and descending rugged trails. ■ 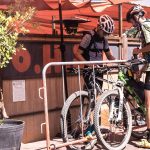 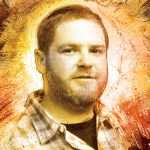