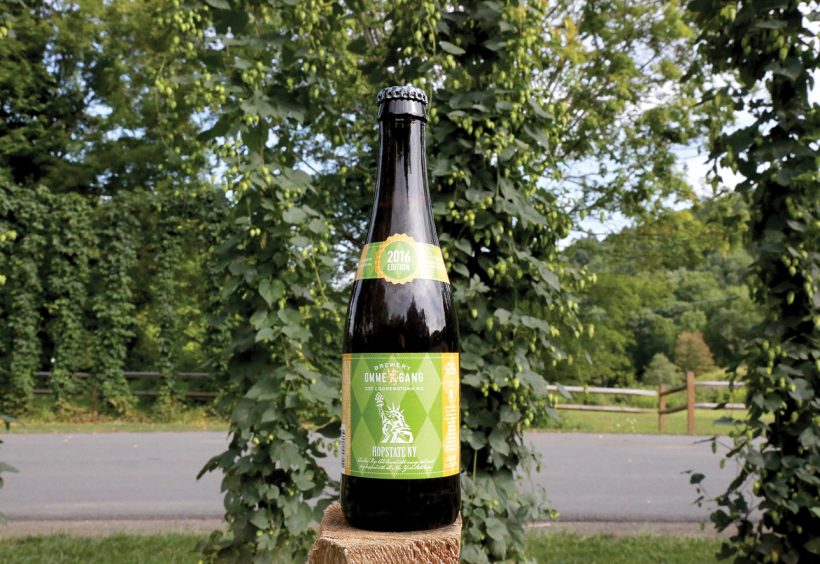 You would not know that all the hops used to make Brewery Ommegang’s Hopstate NY were grown in New York if the brewery didn’t announce it prominently on the label. Justin Forsythe, Ommegang’s innovations manager, thinks that’s not altogether bad.

Hundreds of farmers outside of the Pacific Northwest have made a bet that brewers and drinkers want locally grown hops. At the beginning of the 21st century there were almost no commercial hop operations beyond Washington, Oregon, and Idaho. It wasn’t until 2014 that Hop Growers of America began tabulating hop acreage planted in other states. It grew from 899 in 2014 to 1,277, then 2,098 in the following two years. In total, American farmers strung 53,213 acres for production in 2016.

Seasonal local-hop releases like Hopstate NY or Palm Reader from Founders Brewing in Grand Rapids, Mich., generate street cred, although not always in the same way. The 2016 edition of Hopstate features Cascade, Chinook, and Nugget hops that taste and smell like they could have been grown in the Northwest, where farmers have established what those varieties should taste like. In contrast, there is no standard to compare to Zuper-Saazer, which adds a fruity, and perhaps distinctively Michigan, character to Palm Reader.

“The Ommegangs of the world, the Adirondacks of the world, they’ve been great,” says Corey Mosher at Mosher Farms, one of the growers Ommegang buys hops from. “They’ve been right out front helping New York hops farmers.” Even though New York created a Farm Brewery license in 2012 that provides financial incentives for breweries to use hops grown within the state, Mosher says few farm breweries have contracted to buy New York hops.

Ommegang purchased a ton of New York hops following the 2015 harvest, using them to make 10 50-barrel batches of Hopstate NY this year. The first edition, 347 barrels released in 2015, was basically a Pale Ale. For 2016, Forsythe designed an amber-colored beer with a healthy dose of rye. The brewery promoted the 2016 release with an RV road trip across the state, visiting hop farms, farmers markets and otherwise stopping at places to give away samples of the beer and talk about the New York hop industry.

“It’s really good to engage with people at farmers markets, to talk about beer as an agricultural product,” says Allison Capozza, Ommegang’s publicity manager. “During the RV trip, it was interesting how many people saw us on the local news and came out to learn more about hops. Some of the information surprises people.”

Mosher sees similar interest at his family farm, which will celebrate its 100th anniversary in 2018. Only five of the 1,000 tillable acres on which the Moshers grow everything from fresh produce to various grains are strung for hops. But during Madison County Open Farm Day, wagon rides through the hop fields are particularly popular. “People never came to our farm to talk about corn,” Mosher says.

Hopstate NY is sold only in New York, just as Palm Reader is only available in Michigan. Proceeds from the sale of Palm Reader help support Grand Rapids Whitewater, an organization focused on restoring and putting the rapids back in the Grand River. The beer, developed first for Founders’ pub, features citrusy Crystal hops—flashing character like those grown in the Northwest—as well as the fruity Zuper-Saazer. Jeff Steinman at Hop Head Farms, about 50 miles away from Grand Rapids, was told the hop he now calls Zuper-Saazer was a Saazer-type (Czech Saaz, German-grown Tettnanger, and Spalt Spalter are all genetically identical and referred to as Saazer-type hops) when he acquired rhizomes. He planted them in 2013 and with the first harvest recognized the agronomic traits were different and the aroma was bolder. He gave them a new name, one that informs brewers they are unique.

There’s a scientific explanation for what might be called hop terrior. Environment and epigenetics combine to define hops from a particular area. All plant species have methylated DNA, which causes some genes to be “switched on” more easily than others. Differences in soil, day length, temperatures, amount of rainfall, and terrain all may influence the methylation process. The underlying DNA does not change, but the methylation pattern can be different, resulting in differing concentrations of the chemical compounds produced by the plant.

That’s why brewers have discovered that Chinook hops in the Midwest often lack the piney, resinous qualities of those grown in the Northwest. Instead they are tropical, smelling of mango and pineapple. “In the marketplace people are looking for the Chinook they know,” says James Altweis at Gorst Valley Hops in Wisconsin. Gorst Valley calls the Chinook it grows Skyrocket. “It sells well when you can describe it, taking away the preconceived notions,” he says.

Wisconsin consumers are particularly loyal to Wisconsin products, but “just being local doesn’t cut it. You have to have something unique,” Altweis says. Wisconsin Brewing in Verona, which brewed 13,900 barrels in 2015, uses only Wisconsin-grown hops in its own brands (it also brews others under contract). “They’ve demonstrated their commitment to Wisconsin hops,” he says. “But Kirby [Nelson, co-founder and brewmaster] will tell you, if it is crap, he won’t buy it.”

The Barth-Haas Group estimates that farmers outside the Northwest harvested 688 tons of hops in 2015. That was enough to brew more than 900,000 barrels of beer (based on 1.5 pounds of hops per barrel). According to the Brewers Association, craft breweries produced 24.5 million barrels in 2015. ■ 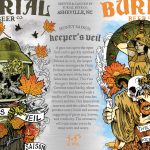 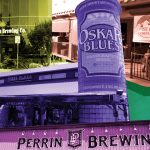