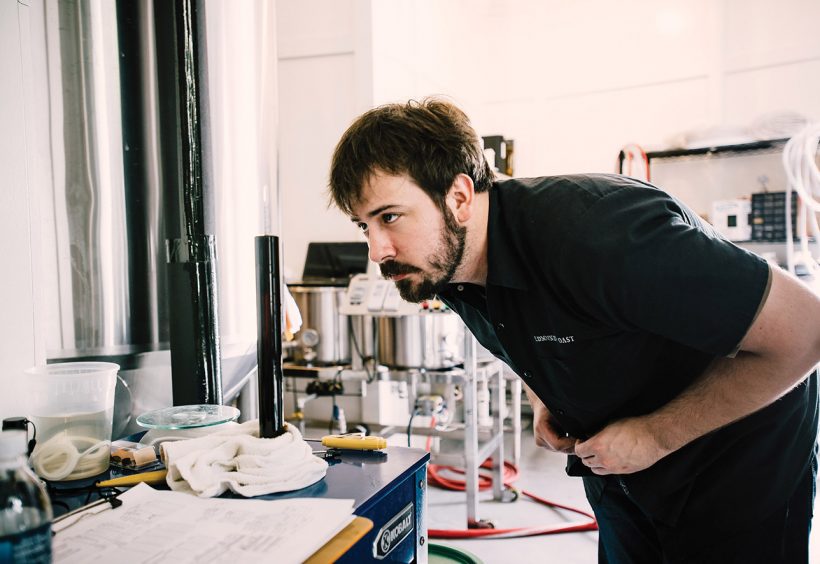 Edmund’s Oast stands at the intersection of Charleston’s legendary food scene and South Carolina’s burgeoning brewing culture. It’s as much an upscale, food-forward pub with a killer beer menu and a cocktail program, as it is a working brewery. And standing at the center of it all is Cameron Read. Read is Edmund Oast’s head brewer and its beer buyer. So, with one side of his brain, he’s scouting out the best beers in the world, and with the other side, he’s concocting recipes that can stand alongside them. Read jokes that “it took a few cases of Tums, a mountain of coffee, and more bottles of whiskey than I’d like to name” to get the brewery up and running. “But you just make the beer, you do the best you can, you get into a rhythm. And you learn to trust and forgive yourself.”

1. Go for more
In Cameron Read’s college days, he drank plenty of swill. But even then, Read would treat himself, adding a bottle of Samuel Smith Oatmeal Stout to his 30-pack purchases. And the depth of flavor in those bottles launched an enduring love affair with great beer. “That beer had so much going on,” he recalls. “Not only was it complex, but it was drinkable, too. It wasn’t sweet, it wasn’t candy, and it wasn’t fake. It was this very broad, real, delightful beer. It was the way Michael Jackson described beers: It was ‘more-ish,’ and you wanted more.”

2. Grind it out
“At first, I thought I’d become an academic, but I quickly realized I didn’t have the disposition, that wasn’t my path,” Read recalls. Instead, he took a job waiting tables at Charleston’s Southend Brewery & Smokehouse while brewing beer at home. In his off hours, he’d volunteer on the brewery side of the pub doing grunt work, talking shop, and learning how to refine his own recipes. Eventually, that work turned into a paid position. Then, he worked for several years as a founding manager of the world-class bottle shop The Greenville Beer Exchange. When the shop’s owners launched the Charleston gastropub and brewery Edmund’s Oast, Read was a natural fit to serve as brewer and beer buyer.

3. Hang with the best
Read keeps 10 – 15 of his own beers on tap at Edmund’s Oast, but he fills out the rest of the 40 taps with “the best beers I can get my hands on,” he says. So every day, he puts his own brews up next to South Carolina locals like COAST and Westbrook Brewing, sought-after craft labels like Prairie Artisan Ales, and style-defining classics like Weihenstephaner. “It’s very humbling, and it keeps me very, very honest.” Serving some of the best beers in the world, while also making beer, has taught him to trust in his own skills. Instead of comparing his recipes to his guest taps, Read says, “I try to critique our beers on their own merits. That critical head space keeps you on your toes, it keeps you improving—it also keeps you sane.”

4. Get weird
The guest taps at Edmund’s Oast have had a liberating effect on Read. “We don’t stick to the pub model of [brewing] a Blonde, an IPA, a Wheat, and a seasonal,” Read says. “Because we have Allagash White, because we have half a dozen amazing IPAs, if someone wants that, we have options for them without brewing those beers ourselves.” That allows Read to concentrate on eccentric house beers. “It’s freeing,” Read argues, “because it means we can keep our tanks full of weird shit all the time.”

5. Aim and repeat
Read taught himself to love beer by scouring store shelves for new brands, tasting them, and keeping reams of notes on what he was tasting. “It was like a muscle, learning how to taste beer,” he says. As a pro brewer, Read approaches recipe formulation in the same way, reading, experimenting, writing, and refining. “It’s like playing darts,” he says. “I’ll have a vision in my head for how a beer should look, smell, and taste, but you’re never going to hit the bullseye the first time. You’re always going to be off to the side on flavor, aroma, or appearance. So, that next batch, you change these things, hone it in, and get closer to what you want to make. Translating ideas into a physical beer is rarely one-for-one for me.”

6. PB&J, all day
Peanut Butter & Jelly is one of the most demanded beers Edmund’s Oast brews, but Read never intended it to become so popular. The beer is brewed with powdered peanut butter and Concord grape concentrate, and tastes like a sandwich in a glass. It began as a light-hearted contribution to SweetWater Brewing’s annual cask ale competition. But it became a cult favorite, and by the time Edmund’s Oast opened its doors, a legion of fans were clamoring for the beer. So Read made Peanut Butter & Jelly a year-round offering at the pub. “As much as I might hate making it, it’s one of my children,” Read says. “I have to love it.”

7. Hit the new old school
Read says he loves to explore flavorful beer under 4 percent ABV, so Edmund’s Oast rotates through several English- and Belgian-inspired table beers. Foremost in that pack is Lord Proprietor’s Mild, a modern take on Mild that works, on several layers, as a nod to Charleston’s English heritage. Read creates a simple malt bill, then infuses it with house-made tea concentrate, so the beer drinks like tea and chocolate in a glass. “It’s probably nothing the English would have done back in the day,” Read says, but at the same time, the Lord Proprietor hits thoroughly old-school notes.

8. Bug out
Although Read doesn’t currently let Pediococcus bugs anywhere near his brewhouse, he’s set up a hack that allows Edmund’s Oast to experiment with a variety of golden, red, and dark sour beers. To build complexity, Read will make beers fermented with Lactobacillus and Brettanomyces, then blend them in different proportions with other beers fermented with Lacto and Brett, sometimes with fruit additions. For Cararosa, a nod to the fruity, modern Berliner Weisses now coming out of Florida, Read takes an un-hopped base of barley, wheat, and oats, sours it with Lactobacillus, blends it, and then re-ferments the beer on hundreds of pounds of peaches and blueberries.

9. Follow the trailblazers
Read readily acknowledges that he’s only able to push boundaries and get weird at Edmund’s Oast because another group of brewers opened the doors for him. He credits advocates who started and ran Pop the Cap South Carolina with leading the heavy lifting of liberalizing the state’s brewing laws, and sparking interest in local beer. “If it weren’t for them, I wouldn’t be in South Carolina brewing, and there would be no beer culture here,” Read says. “The guys and girls who came before educated consumers and bar owners, they fought the good fight. So then when the next generation comes along, like me, there’s a clear path for us.” ■ 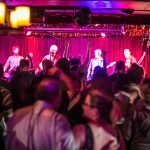 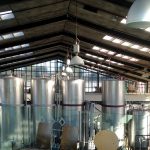