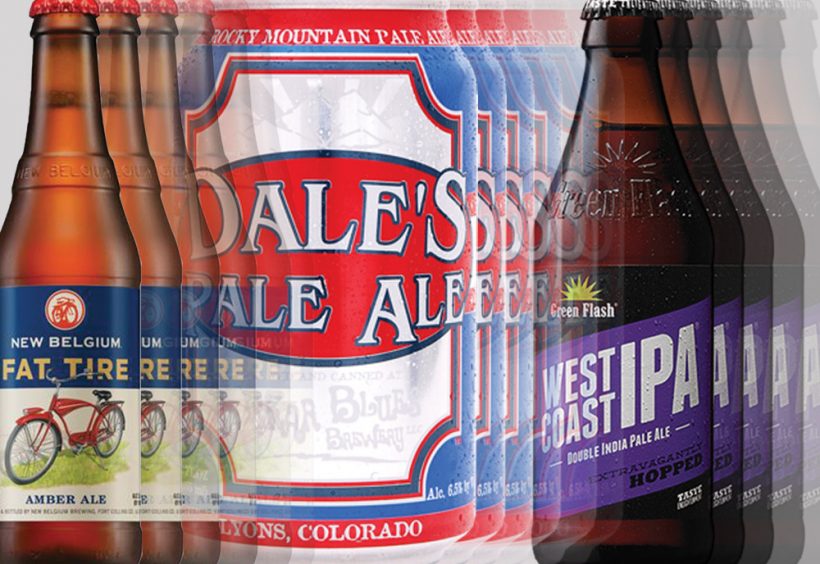 New Belgium has brewed its flagship Fat Tire Amber Ale since 1991, the Belgian-inspired Colorado classic a paradigm of biscuit-y balance, caramel and toast topped with a sliver of green apple. Fat Tire’s flavor profile is as distinctive as DNA, familiar like an old friend. So when the Coloradans opted to open a second production facility in Asheville, N.C., the initial hire was someone capable of ensuring that every Fat Tire tasted identical to the ale made across the continental divide. Hint: it wasn’t a brewer.

“We hired a sensory scientist,” says Lindsay Barr, the sensory specialist in Fort Collins. Stacia Janes was brought to Colorado for six months of training, before returning to Asheville to help rigorously train new hires as sensory panelists in a year, or half the typical timeline. Identifying unwanted flavors such as diacetyl, evocative of buttery movie-theater popcorn, was but one task. “It’s not just off flavors that we’re thinking about. It’s true to brand,” Barr says. North Carolina Fat Tire needed to taste exactly like Colorado Fat Tire.

Once brewing commenced, seeded with Fat Tire yeast flown in from Colorado, samples crisscrossed the country. Tasting panels scrupulously assessed every drop, while brewers ironed out slight wrinkles. “Yeast can be kind of tricky to work with, especially in two different sites,” says New Belgium chemist Dana Sedin. After months of refinement, North Carolina Fat Tire departed the brewery in April, bound for bars and bottle shops across the East Coast. This spring I bought a bottle in Brooklyn, shut my eyes and sipped—my own private tasting panel. Fat Tire tasted fresh and flawless, Colorado by way of Carolina, my taste buds none the wiser.

These are heady days for beer. As the brewing industry continues its citrus-scented ascent, with a couple breweries opening darn near daily, the market grows a wee bit more glutted. Seasoned breweries around for a decade or three are already regionally entrenched. Expanding sales necessitates expanding production and entering sometimes distant markets, at no small expense. “In the summer, we were paying $4 or $5 a case to cold-ship beer from California to the Southeast,” explains brewmaster Steve Dresler of Sierra Nevada, which opened a North Carolina brewery in late 2014.

“We know there has been some not-so-fresh BrewDog beer available in the States in the past, but the second we release a single beer from Ohio, you’ll see we’re 100 percent laser-focused on fresh, fucking flavorful beer,” says BrewDog co-founder James Watt.

Meanwhile, Green Flash, Sierra Nevada, Lagunitas (with locations in California and Chicago) and other expansionists are trying to duplicate their idiosyncratic ales and lagers at far-flung facilities. The goal is unflinching consistency, long a weighted word. “Consistency can be deemed as being incredibly average, right? It means that you perform the same every time,” says Jane Killebrew, Anheuser-Busch InBev’s director of brewing and quality for North America. “Developing a new product is an incredibly exciting thing to do, but that’s not the most challenging thing I do. The most challenging thing I do is to repeat it every single time.”

Few breweries are more unswerving, or more pooh-poohed for their unflinching aptitude, than fermentation behemoths like AB InBev. You might not like Budweiser or Bud Light, but whether it’s served in Alaska or Argentina the beers will be flavor Xeroxes. It’s the product of a multi-level, globally integrated fail-safe procedure refined for decades. “When I started 31 years ago, we brewed Bud in maybe a half dozen places,” Killebrew says. Today’s count is 54, from North America to Brazil and Japan. “It gets really interesting when you’re trying to do it with pretty much the same raw materials,” she says.

Beer is built from forever shifting variables. Too much or too little rain can impact hop and barley crops’ health, yield, and nutrients, affecting yeast’s performance. “Yeast is a living organism. It has a mind of its own,” Killebrew explains. “One of the most challenging things is that you don’t know what you don’t know.” To crack Mother Nature’s annual code, AB InBev’s St. Louis pilot brewery runs numerous raw material tests, brewing Bud 10 barrels at a time to decipher crop characteristics. “It helps us get a head start on any adjustments,” Killebrew says.

AB InBev’s protocols are watertight and time-tested. Craft breweries? It’s often their first foray into replicating a brand outside the mother ship. “Multiple-facility brewing is really a challenge,” says Sierra Nevada’s Dresler. To initially nail its Pale Ale, Sierra Nevada stripped the water and rebuilt it with salts and minerals to match Chico’s profile, then split batches of malt and used identical hops. “We did everything right to the letter,” Dresler says. (The brewery no longer goes to such extreme lengths with its malt and hops.)

For Oskar Blues, coordinating the pale malt supply line to North Carolina initially took time. “We paid the extra money to get it there,” says director of brewing operations Tim Matthews. “It’s worth the money upfront to make sure you’re not throwing another variable in there, especially when you have the huge variable of a new brewery.”

Even identical ingredients can behave differently in another environment. One early hiccup for North Carolina-made Oskar Blues was a musty bitterness. The culprit was chlorine, absent from the soft Colorado water but present in fluctuating levels in North Carolina. An activated carbon filter eighty-sixed the issue, but there was one more hop glitch to correct. “While they had the same IBU, beers from Brevard had a little more bitterness,” Matthews says. The variance was elevation, or lack thereof. Brevard sits nearly 2,800 feet lower than the Longmont brewery.

A Matter of Taste
Ensuring consistency and pinpointing flavor incongruities requires an airtight lab, brewing protocol, and sensory tasting panel. Quality assurance programs are standard-issue at breweries big and small, and they’re linchpins for certifying a beer nails every fragrant mark, no matter where they’re cooked and fermented.

Monthly, AB InBev flies in samples of every global Budweiser, a three-day gauntlet of blind samples, 18 at a time, poured identically and served at equal temperatures. “More than 18, and your taste buds really get fatigued,” Killebrew says. Oskar Blues ensures that its labs in Texas, Colorado, and North Carolina are working lockstep with identical instrumentation, checks and balances firmly in place. Beer is overnighted in coolers for tasting, and scientists meet weekly to discuss practices and findings and occasionally inspect images of each facility’s yeast. Sierra Nevada runs weekly true-to-style sensory evaluations. “We taste the beers blind in a group setting and discuss any flaws perceived,” Dresler says.

Scotland’s BrewDog is taking great steps to ensure its hop-forward formulations taste alike on both sides of the Atlantic Ocean. “We will start by creating a trans-Atlantic exchange of knowledge,” Watt says. That means bringing part of the Scotland crew to Columbus to set up the lab and sensory program. “A huge focus will be on conducting taste training that not only includes potential defects, but our beer flavor profile recognition,” Watt says. Samples will be shipped back to Scotland for analysis, and tasting panels will be held daily in Ohio. “It’s a critical part of upholding our standards, and let’s face it, who’s going to turn down an opportunity to attend taste panels?” Watt asks.

Stone is tasked with keeping tabs on quality not only in Richmond but also Berlin, a distance of some 6,000 miles. While IPAs from Virginia and California are thoroughly vetted for uniformity, Stone’s European beers don’t adhere to stringent flavor thresholds. “With Berlin, we’re not as concerned,” says president Steve Wagner. “We’re trying to use more local ingredients.” Noble hops? Nope. Stone’s brash signature is Pacific Northwest hops, deployed to pungent excess. The modification is malt, which would be prohibitively expensive to ship from North America. The differences are subtle, Wagner says, with surprising side-by-side preferences. “Among our team, some people actually like the Berlin versions better,” he says.

New-facility beer isn’t always different, but its freshness can be startling. “A little bit of education needed to happen when we started shipping from Brevard up and down the East Coast,” says Oskar Blues marketing director Chad Melis. “People were talking about inconsistencies with the beer, but they weren’t really used to getting such fresh beer.”

“If you are down in Florida and you’re getting Pale Ale that’s shipped from a couple states away, it’d be like opening a bottle of Heineken and it not being skunky,” Sierra Nevada’s Dresler says, laughing. “It’s like, ‘What did you do to my beer?’”

Installing a different brewhouse means taking into account different efficiencies and re-scaling, yet another variable headache worth avoiding. The same goes double for the cellar. “Fermenter geometry can play a part in fermentation profiles,” Jensen says. “We’re minimizing the differences so we can make the tanks the same.” That doesn’t mean everything is identical; less efficient or outdated equipment isn’t duplicated. “We’re not fools. We’re not going to be like, ‘It sucks at both breweries right now,’” Jensen says, laughing. (Efficiency upgrades include water systems and spent grain pumps—boring but needed improvements.)

To fill its 360-barrel fermenters, Stone’s California facility utilizes two 120-barrel brewhouses; Richmond runs a 250-barrel brewhouse, used to fill a 1,000-barrel fermenter. (That’s more than 55,000 six-packs.) The efficiency was awesome—brew once to make twice as much beer—but “the dry-hopping regimen was a challenge to get right,” Wagner says. Chalk it up to new tank geometry, tossing a wrench in time-tested aromatic schematics.

There’s also the matter of brainpower. Breweries are human repositories of beer-making know-how, of the right way to brew—and how to correct muck-ups. “Getting industrialized knowledge back and forth was the challenge,” Dresler says. Or, put differently: “I could give you the recipe for West Coast IPA and the ingredients, and you could brew it yourself and it would turn out differently,” Jensen says, adding, “We want to make sure the beer is made the Green Flash way.” That meant permanently transferring a trio of San Diego brewers to Virginia. Stone also staffed its Richmond brewery with Escondido employees. But understanding standard operating procedure is not the sole consideration.

“Finding the right people who share our vision and give a shit about why we exist and what we want to create is the biggest challenge,” says BrewDog’s Watt. “Ensuring we get insanely passionate and bought-in feet on the ground is critical to our mission.”

An auxiliary beer-production facility is not a plane to place on autopilot and fly into a profitable sunset. While beer’s ingredients are never static, consumer expectations are fixed. Think about dining at your favorite restaurant. You want, no you demand, that your favorite medium-rare burger, or maybe it’s a fiery green Thai curry, be prepared exactly the same on every visit. Deviation equals disappointment, no second chances for a new chef.

So no matter who brews, say, Fat Tire or Lagunitas IPA, the task is a note-for-note recreation of the original, karaoke beside the brew kettle. Following a recipe to the letter is not as headline-grabbing as novel formulation, but it’s ever more critical to a brewery’s enduring success. It takes a minute to create, a lifetime to re-create.

“You’ve given a customer an expectation of what the beer should be. It’s our job to deliver that expectation every time,” Killebrew says. “This flavor-match never stops. It’s about ensuring the consistency of the beer for eternity.” ■ 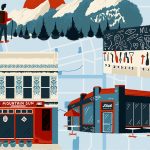 Previous: Where to Drink in Boulder, Colorado 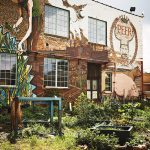