As Fresh Hop Beers Multiply, So Does Experimentation 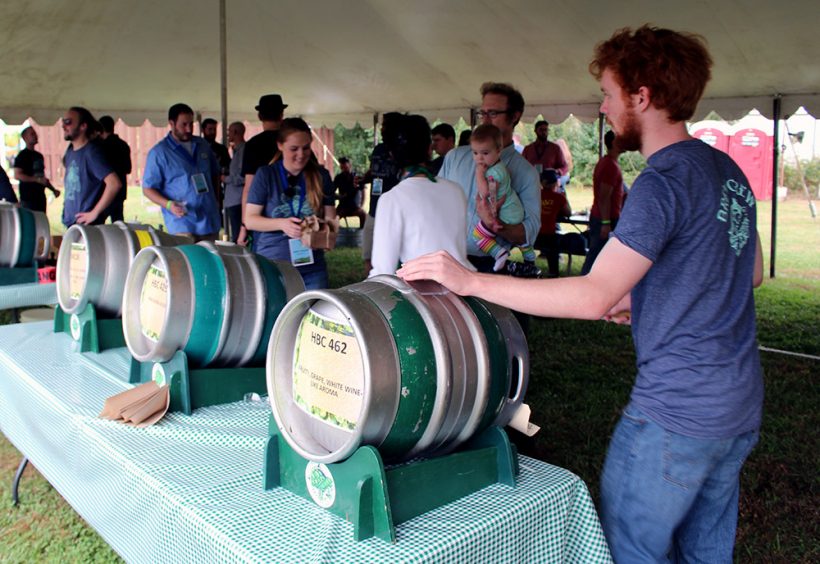 At its annual Hop Harvest Festival, Terrapin pours 12 firkins of its Golden Ale, each with a unique hop addition.

On September 24, about 2,000 people attended Terrapin Beer Co.’s seventh annual Hop Harvest Festival in Athens, Ga., one of numerous fresh hop celebrations across the country, from the Fresh Hop Ale Festival in Yakima, Wash., to the Long Island Fresh Hop Festival. This year, Terrapin’s So Fresh & So Green, Green was brewed with US Styrian Goldings flown in overnight from the Yakima Valley.

Since premiering in 2010, the beer’s production has increased from a single 100-barrel batch to three times that. And Dustin Watts, Terrapin’s vice president of marketing, thinks the upward trend will continue across the industry. “Bringing it back to the agricultural side of beer and talking about ingredients on a deeper level—it’s the brewery’s perfect chance to tell the farm-to-glass story.”

There is an important distinction between “fresh” and “wet” hops, says Jaki Brophy of the Washington Hop Commission and Hop Growers of America. “Wet hops are just that—wet, unkilned hops. They are picked and then go straight to a brewery and must be brewed 24 – 48 hours max after they are picked,” she says. Fresh hops, on the other hand, have been freshly picked and kiln dried. While both pack a bigger punch than standard whole-leaf hops or pellets, wet hops have a vegetative quality that Brophy describes as tasting “neon green.”

Breweries like Terrapin without an abundant supply of locally grown hops often contract through suppliers like Yakima Chief – Hopunion (YCH), which has a Green Hops program. “YCH saw a big demand push around 2011 – 2013 that has leveled off,” says Brophy. “As more small farms are popping up across the country, it seems that breweries are looking to local sources for fresh hops if they have a good supply.”

That’s easier for many in the Pacific Northwest. “Now, most Oregon breweries, if not all, are brewing fresh hop beers,” says Deschutes brewmaster Veronica Vega. Since 2005, the Bend, Ore., brewery has brewed Hop Trip: A Fresh Hop Pale Ale with Crystal hops from the Willamette Valley’s Sodbuster Farms. In 2012, it introduced Chasin’ Freshies, an IPA brewed with a new varietal (and farm supplier) each season. “Brewing eight different fresh hop beers each year at our pubs also allows us to work with multiple farms and hop varieties from the start of harvest through the end,” Vega says. “Over the years, we’ve had the opportunity to really find out what beer styles work best with each hop variety.”

As more breweries showcase fresh hops, expect more experimentation, says Brophy, from “how they alter the fresh hops before brewing with them” to “more beer styles being brewed with wet hops.” 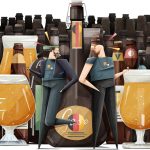 Previous: There Gose the Neighborhood 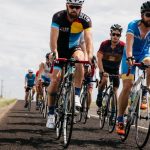