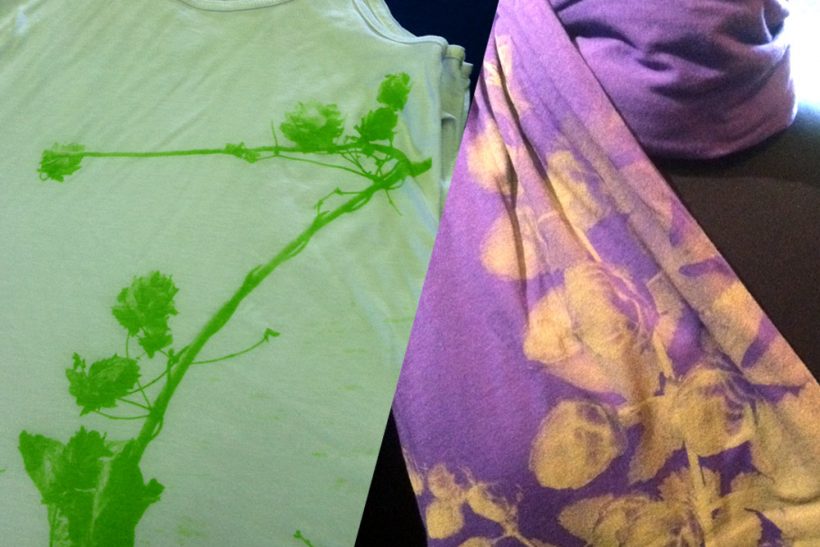 Beer is expressly an agricultural product, yet many beer drinkers remain comfortably removed from the plowing, planting, and growing end of the brewing process. Self-described hop artist Alena Schnarr’s elegantly spare depictions of hops and vines are a winsome reminder of where that drink in your glass actually comes from.

As we sit in her cozily lit apartment in southeast Portland, Ore., the walls hung with prints of her work, we’re a long way from where Schnarr got her creative start. Originally from outside Philadelphia, Penn., Schnarr spent seven years in Eugene, Ore., after college before moving to Waterbury, Vt., where she worked for 10 years at the renowned pub and brewery The Alchemist.

Between pulling pints of Heady Topper and working in the Alchemist retail store, Schnarr took photographs—a hobby she’d had since she was a teenager. With a degree in biology, she also studied landscape design and horticulture, and worked with a landscape designer for years in Vermont. “I’m a plant geek, and a beer geek,” Schnarr says. “Plants are my inspiration.”

After Hurricane Irene destroyed the pub in August 2011, she took a photograph of a hop vine growing on the side of the building. That stark black-and-white image, with the silhouettes of hops flowers like tiny stars twining around gracefully curving bines, became the basis for her company Alena Botanica’s line of printed apparel that she sold in the Alchemist’s cannery and retail space.

The hoodies and T-shirts incorporate the hop outlines subtly, down the front of a hip or winding slyly around the lower back. Over time Schnarr branched out, collaborating with taprooms in New Mexico and other businesses in the Waterbury area—producing a Hen Art design and hat for the acclaimed Vermont restaurant Hen of the Wood, for example. After recently moving back to Portland to be closer to family, she got a job slinging beers at up-and-coming Oregon City Brewing, which will soon begin selling her designs in its retail shop and online.

“Most [brewery] merchandise apparel tends to be male-focused,” says Oregon City brewer and founder Bryce Morrow. “Even the women’s sizes are usually just take-downs in size of the male apparel. [Alena] offers something really fresh and unique, and we’re happy to be able to support her.”

Currently working out of her home studio, Schnarr held an art show at Portland taproom N.W.I.P.A. in July, which is, coincidentally, her favorite style of beer. Eventually, she hopes to be able to expand her “beer fashion” line—a type of apparel that, honestly, has been something of an oxymoron until now—by including more lifestyle accessories, such as the stylish glassware out of which we’re sipping a little of Block 15 Brewing Company’s Sticky Hands DIPA. Each design starts as a photograph, and then makes it way on to different products, from apparel to glasses.

“I just like the architecture of plants,” Schnarr says. “The black-and-white silhouettes really show off the plant’s structure and texture. And I like being able to wear art instead of leave it on the wall. You can bring the garden into your home and onto your body.” With a nice glass of beer in hand, you can drink the garden, too. ■ 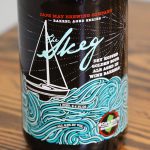 Previous: The Skeg by Cape May Brewing Co. 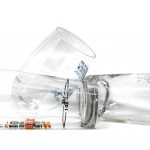