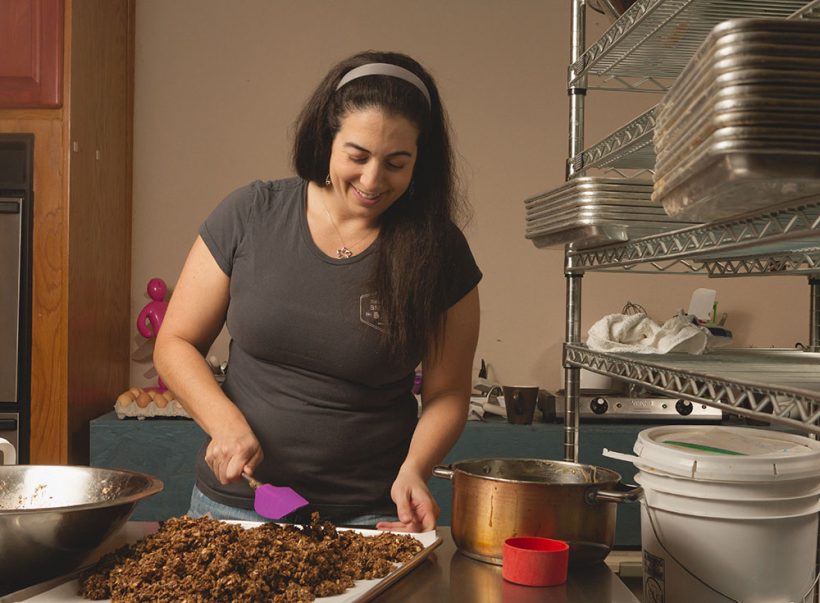 Photo by Will Foster

Marley Rall was saved by beer. When she first met her husband-to-be, a hobbyist homebrewer, she was stuck, overworked, and plagued by inauthentic professional relationships in the nonprofit fundraising world. Rall knew her future happiness hinged on being her own boss and making a difference. And as it turned out, beer rescued Rall—in an unexpected way.

While observing her husband’s homebrewing process, Rall noticed that each batch of beer generated a huge amount of waste product. She took a closer look, and after some detailed research into large-scale brewery operations, found much of the same at the other end of the spectrum. Rall also discovered that up to 85 percent of this waste is spent grain that is discarded after its early role in wort production in the beer-making cycle.

Rall knew the life of these kernels of rye, wheat, millet, and barley was far from over. Tapping into her skills as an amateur home baker, she concocted an idea to recapture these brewery leftovers and bring the brewing process full circle. Now Rall is the face of The Brewmaster’s Bakery, an innovative purveyor of sweet and savory snacks, granola, baked goods, and dog treats made with the spent grain from six Seattle-area breweries and counting. This summer, less than two years after launching her home-based business, Rall opened The Brewmaster’s Taproom—a welcoming brick-and-mortar beer bar that showcases the craft breweries that supported Rall from the beginning.

“[The brewing industry is] different from any other industry I’ve ever worked in,” says Rall. “The breweries wholeheartedly want me to succeed.” Admitting that the storefront is for the breweries as much as her customer base, she maintains that The Brewmaster’s Taproom is her way of giving back to the local beer community. Through the taproom, Rall offers a community-minded venue for breweries to showcase their most popular brews and a proving ground to try new and experimental batches. “Breweries can get pigeonholed into a certain style,” Rall explains. “They have a passion for something, but that doesn’t mean it will be the same passion down the road. We try to offer a place to test different styles, to find out if the Seattle market likes them.”

The Brewmaster’s Taproom is also a proving ground for Rall’s expanded selection of bakery treats, which include items like hop-salted almonds and pecans, spent grain beer bread, soft pretzels with beer cheese, and the latest experiment in her small range of cereals: Espress-O Yo’Self spent grain granola, inspired by Postdoc’s Cram Session Coffee Porter. Eager to expand her catalog, Rall is also currently developing a line of hop teas.

As a relative newcomer to the beer scene, Rall values the importance of education. Twice a month, she hosts Brewer’s Nights at the taproom, each featuring a different craft brewery. “Marley took a lot of care in creating a space that is aesthetically pleasing and functional to support a sense of community,” says Brian Thiel, co-owner of Ghostfish Brewing Company. These community-building events offer brewers a chance to connect with beer enthusiasts, explain their process, and discuss the things they’re excited about. All while they share beers across a variety of styles—including at least one specialty brew or limited release. At a recent Brewer’s Night, for example, Airways Brewing Company poured a test batch of its Jumbo Juice IPA, infused with peaches and apricots—a Brewmaster’s Taproom preview before the brewery released it on a larger scale.

In the end, beer didn’t blur Rall’s vision—it showed her the way. By capitalizing on a promising corner of the market, educating Seattle beer lovers, and giving back to the breweries that continue to enable her success, Rall is finally making a difference. And she knows she couldn’t have done it alone. “Loyalty is a really big thing to me, so I’m happy to be in a place where I can finally start to pay people back who have helped me.” ■ 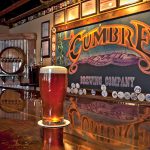 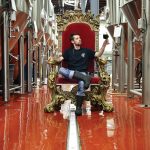