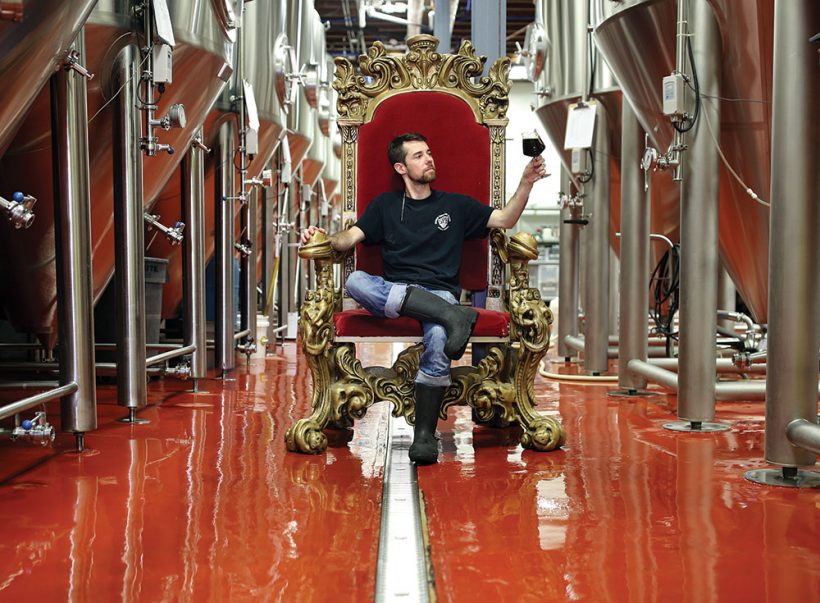 In Mississippi, the effects of Prohibition stuck around decades after the ratification of the 21st Amendment—the only legal alcohol was beer below 5 percent ABV, and many counties voted to remain dry. Even after Mississippi finally repealed the prohibition of wine and liquor in the 1960s, beer’s low ABV cap lingered until it was raised to 10.1 percent in 2012. But ever since a grassroots movement of beer drinkers lifted the ABV cap, locals like Ben Green have led the state into its sudsy future. Green is a native son, and his Hattiesburg production brewery, Southern Prohibition, has become an anchor of Mississippi’s brewing renaissance. The brewery’s name winks at the state’s complicated history with alcohol; now, under that mantle, Green is helping to build a new beer culture, oriented around bold flavors in everything from hoppy ales to barrel-aged sours.

1. Embrace discovery
Until it was raised in 2012, the strict ABV cap on the beers sold in Mississippi discouraged most craft brewers from distributing in the state. As a result, every encounter that Green had with a well-built beer—be it a Rogue Dead Guy, a Belgian ale, or a big Stout smuggled over state lines—was an eye-opening experience. Green fell in love with flavorful beer, which led to an embrace of a proud Southern tradition: crossing state lines with a trunk full of alcohol. He describes those early encounters as a series of “aha” moments. “To this day, I still have these aha moments.”

2. Screw the kit
Because Green couldn’t purchase his favorite beers nearby, he began brewing them at home. Homebrewing was technically illegal then, too, but it was easier than constantly bootlegging SweetWater. And the hobby let Green push the limits of his rapidly expanding palate. He brewed whole-cone, dry-hopped Pale Ales and IPAs. He experimented with herbed Saisons, and refermented farmhouse ales on fruit. Green’s college roommates hadn’t tasted anything like his beers. “It was the pretty typical homebrewer thing,” he recalls, “where you brew your first kit, then you say, Screw the kit, I’m going to do my own thing.”

3. Carve out a spot in the wilderness
The biggest victim of Mississippi’s outdated alcohol laws wasn’t consumer access, Green says. It was beer culture. “It forced you to have an uneducated market,” he says. As a homebrewer, he couldn’t easily lean on the network of experienced brewers that orbit homebrew supply shops in other states. “There were a lot of lone wolves out here. It was hard to find someone who would taste your beer and say, ‘This is great, but try this next time.’ But at the same time, it made you really learn on your own, […] whether it’s in internet forums, or reading books, or just trial and error.”

4. Go have fun
Green skipped his senior year in college to take a technical brewing course offered by the Master Brewing Association at the University of Wisconsin in Madison. The experience gave him the in-person, geek-to-geek feedback on his technique that he’d been missing as a lone-wolf homebrewer. And it gave him a window into a far different beer culture that what existed back home. In 2011, after returning home, he managed to hook on at Keg & Barrel, a pub in Hattiesburg that was running a nanobrewery on the side. “The owner just told me, ‘Go have fun, and let me know what you need,’” Green recalls. “I was immediately thrust into a role that I obviously wouldn’t have had anywhere else. And I was fresh in the brewing world. I wasn’t jaded and angry. I had a ton of ideas. It was just a matter of getting them out of my head, and into a glass.”

5. Try new stuff
In 2013, Green broke off from John Neal’s Keg & Barrel pub brewery and helped open Southern Prohibition with owner Quinby Chunn as a standalone production brewery. Known for its juicy, hop-forward ales, a dank Double IPA, a beautifully floral little Pale Ale, and an assertive Imperial Red headline the brewery’s core lineup. But the heavy lupulin is just a beginning. The brewery is growing its barrel-aging program and it has nine seasonals teed up for 2017, all in the name of offering a variety of flavors to a variety of beer drinkers. “Consumers love to try new things,” Green reasons. “If I’m only offering one year-round beer and four seasonals, I’m going to miss out on something, because consumers want new stuff to try.”

6. Push the limits
One of Southern Prohibition’s first barrel-aged beers was a massive English Barleywine aged in bourbon barrels. It clocked in at a frisky 9.5 percent ABV when it went into the oak; it came out significantly larger, and pushed past Mississippi’s new 10.1 percent ABV legal limit. “We had this delicious beer, and once again, we couldn’t pour it or sell it in Mississippi,” Green says. So he packed his bottles up and shipped them across the state line, into New Orleans. Southern Prohibition’s Barley Legal flew off the shelves, and helped the brewery gain a foothold in Louisiana.

7. Go broad, not shallow
“Everybody isn’t a beer geek,” Green argues. “Everybody isn’t a huge hop head, and not everybody loves a malt bomb.” It’s equally important, he says, not to confuse broad flavor appeal with dumbing down recipes. That’s why Southern Prohibition’s entry-level beers are Jack the Sipper, a classic ESB, and Suzy B, a Blonde brewed with honey malt and wheat, and finished with a healthy dose of Amarillo hops. It’s an aromatic quencher, but proudly maintains a jagged edge. “I want anyone who tries it to do a double-take.”

8. Get wild
Green’s approach to sour beers is simple: “We need to let this beer do its own thing.” He ages straightforward Belgian and farmhouse base beers in oak, hitting them with various combinations of classic brewers’ yeast, Brettanomyces, and lactic bacteria. Then he’ll blend barrels, or add ingredients, to emphasize notes jumping out of the beer. The approach led to a diverse batch of sours, including Clandestine Cuvée, a French Saison with Brett; Maenad, a tart Brett beer aged on peaches; Blood Moon, a Saison aged on Brett and strawberries; and The Reckoning, a classically fruity, funky Brett ale. “We’ve had several barrels that we don’t know what we’ll do with, so we set them aside, to see what they’ll do. We want to let the wild thing do its wild thing.”

9. Let ’em know
Legalizing craft in Mississippi was just the beginning. The hard work has been what’s come after: building a robust beer culture, pint by pint. Since Mississippi state law still forbids the vehicle most breweries use to forge connections with their customers—the taproom pint—Southern Prohibition has embraced frequent beer dinners and pouring top-shelf recipes and cult rarities at beer fests. “We’re still building an image in the market, letting people know this is who we are, this is the quality of the stuff we make,” Green says. “There’s a ton of great beer [out there], and there’s beer that’s not great, and if a consumer has a bad experience with craft, they’re more likely not to try that style again. It goes back to consumer education. We’re all still growing together.”

Correction: November 23, 2016
A previous version of this story suggested Mississippi was a dry state until the 1960s. The story has been updated to clarify that beer has been legal since the end of Prohibition. ■ 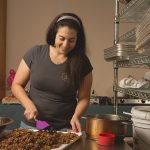 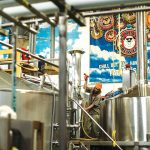