Calculating for the Future: Can Breweries Provide More STEM Jobs for Women? 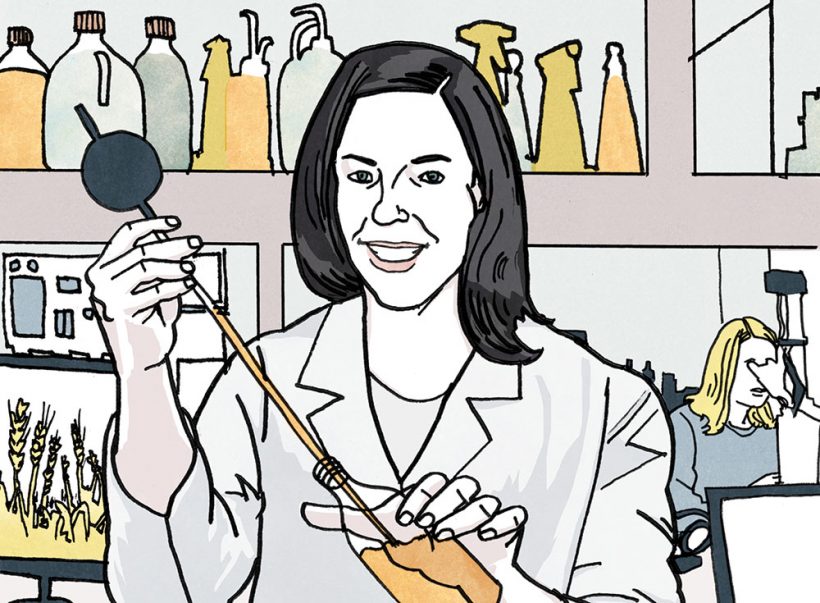 Karen Fortmann has killed a lot of mice.

During her graduate work at the University of California-San Diego, Fortmann studied cell signaling, which, put simply, centered on how messages are relayed between cells. Using mice as test subjects helped her better understand the process, which could be put to practical use to treat autoimmune diseases and cancer.

En route to her Ph.D. during five years in UC-San Diego’s graduate program in chemistry, she lost count of how many mice she ended up studying. It was important research that landed her job offers from local biotech companies to continue her work, though. For a while, she even considered becoming a professor.

“But in all honesty, I was sick of killing mice,” Fortmann says.

Luckily for her, one of the faculty participating on her dissertation committee held the same role for Chris White, who almost 20 years prior had taken his own Ph.D. in biochemistry and started White Labs, a leading yeast producer for the beer industry. Fortmann was asked to share her resume—maybe they were hiring.

In July 2014, passing up offers to continue her work around cellular communication, she started postdoctoral research at White Labs in San Diego, where she’s since become senior research scientist. She now puts her Ph.D. to work researching yeast genomes to better understand the microorganism and how to propagate, store, and use yeast for brewing.

“Traditional scientists may laugh at brewing scientists because we’re not doing the same kind of work,” Fortmann says. “But there are a lot of open fields, a lot of questions to be answered and there’s a lot to be done.”

It’s a truism across the beer industry. Whether because an estimated two breweries are opening daily or more businesses are paying increased attention to quality control, having a background in science, technology, engineering, or math has become a premium skillset. And not just for scientists like Fortmann and her colleagues at White Labs, but for people making beer and developing the systems around brewing, too. In recent years, it’s created new opportunities for the industry.

Jobs in beer continue to be dominated by men—a 2014 Auburn University study found that just 29 percent of all brewery employees are female. But in the scientific areas surrounding the production of beer, a unique path is opening up. Industries across the country are working to recruit and retain women for jobs in STEM (science, technology, engineering, and math), a priority highlighted on many occasions by President Barack Obama. Given its rapid growth, the beer business may be perfectly poised to help the cause. 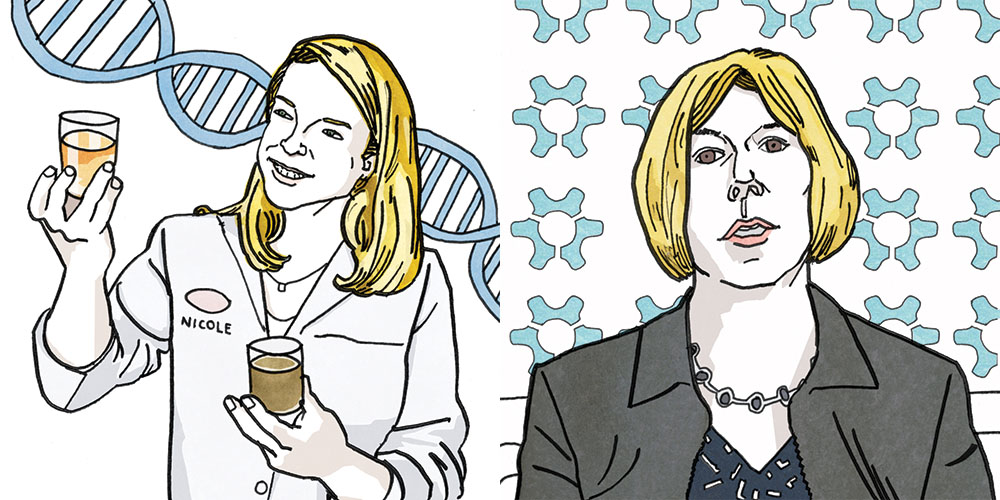 “We still have huge pipeline issues in STEM, regardless of what the industry is,” says Nicole Garneau, a geneticist and curator at the Denver Museum of Nature & Science, where she leads the Genetics of Taste Lab. “But does beer offer something that other traditional STEM careers don’t? From my perspective, professionally and personally, yes.”

To Garneau, the friendly nature of the beer industry comes across as particularly welcoming to STEM-trained women and offers a wide variety of ways to pursue research and enhance how people brew and enjoy beer.

Garneau, who holds a Ph.D. in microbiology from Colorado State University, has often crossed paths with the beer industry, having co-authored the Beer Flavor Map and co-founded DraughtLab, an app-based beer sensory tool for professional and home brewers. Her advocacy for females in science has led her to act as a mentor for as many as 50 women, and in recent years, she has pointed out the brewing industry as a potential career avenue. When Garneau asks mentees what they want to do with their career, they often tell her about specific jobs. Her response? Focus on skillsets instead.

“You can’t base decisions solely on education or jobs that only exist now,” she says. “Opportunities for women in STEM are going to grow in industries that are looking to innovate and create new careers.”

Given the national landscape of fields that still predominantly employ men in STEM jobs, the rising number of career opportunities in the beer industry presents great timing for women seeking these roles.

According to the latest figures released in 2011 by the US Department of Commerce, female employees held about 25 percent of STEM jobs at the time, even though they made up nearly half of the overall workforce. In 2013, the American Association of University Women reported that females held 53 percent of jobs in the country’s biology fields, but that number fell when it came to careers in chemistry (39 percent), computers and math (26 percent) and engineering (12 percent).

Beer-specific schools and programs also see a mixed bag. At the Siebel Institute in Chicago, administrators note that about 10 percent of its web-based “Concise Course in Brewing Technology” class is female, a number that’s been consistent for a decade. Oregon State University’s fermentation science program has 17 percent female undergraduate enrollment while at Metropolitan State University-Denver, about five of 20 Brewing Industry Operations Program students are typically female.

Which suggests that if the beer industry can act as a focal point for STEM-focused women, recruitment will likely come from standard academic programs as much as those specializing in beer and brewing. According to the Department of Commerce, women with a STEM degree are less likely than men to actually end up in a STEM-related job. This reality grants industries that may not have always pulled from science or engineering fields the chance to help pick up the slack. 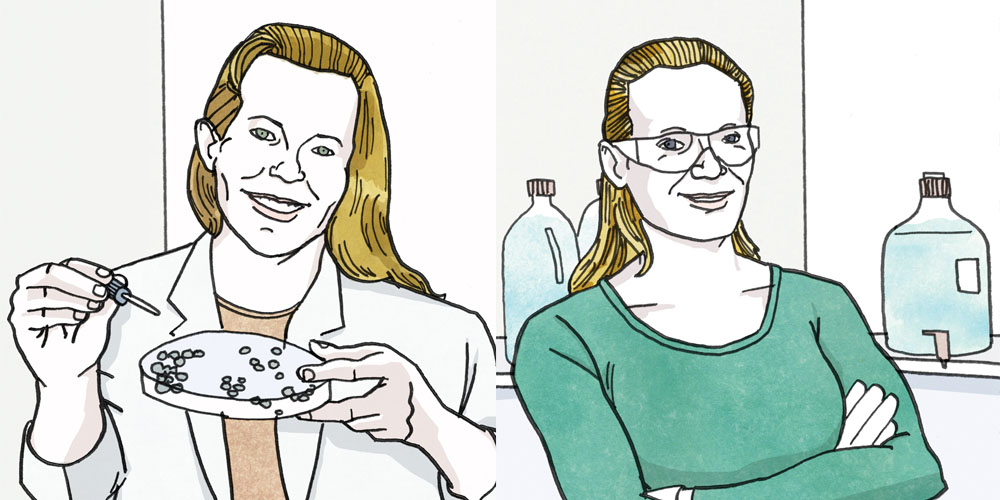 More than ever, the beer industry is moving beyond the sole act of fermentation and packaging and homing in on areas that are key to successful brewing and brewhouse operation. For instance, safety and quality are getting more attention—areas perfect for engineers and scientists. At this year’s Craft Brewers Conference in Philadelphia, 13 seminars focused on those two topics.

“If you look at where talent is going to be coming from, we need everybody involved in the employment pool to see that a variety of careers are open in all sorts of communities,” says Karen Horting, executive director and CEO for the Society of Women Engineers. “Even industries that wouldn’t traditionally recruit engineers and other STEM students are doing more of it because it’s a background with a versatile skillset that shows you can analyze and solve problems, no matter what they are.”

More relevant, Horting says, is that any growing industry thrives on aspects of innovation and entrepreneurship. When new ideas are needed for greater efficiencies, different processes, and, in the case of beer, new flavors, STEM-educated women are well positioned. Recruitment and retention of women comes down to the culture of an industry, Horting notes, so as traditional STEM fields continue to be dominated by men, other job markets can become more attractive, especially if they showcase an inclusive culture that embraces diversity.

“From my personal experience, I have not felt like being a woman by any means has been a barrier to my entry or success in the beer industry,” Garneau says. “I can’t say that about other scientific positions. If you asked me five years ago, I never would have said beer was an option, but the potential is exciting because it’s different than the status quo research or tenure track positions we were taught were available as an academic scientist.”

When Allison Lange arrived in Washington DC in 2010, status quo was her plan. With a Ph.D. in biochemistry from Emory University, Lange figured her professional future was at Georgetown University or the National Institutes of Health. But after taking some time off from research to work as a photographer in the nation’s capital, she realized the prospect of returning to academia was no longer as enticing. So instead of continuing her work studying Saccharomyces to understand fundamental cellular processes relevant to human disease, she decided to change her focus.

“In my lab we always joked that we should have been making beer with our lab yeast,” says Lange, head brewer at Old Ox Brewery in Ashburn, Va.

Lange decided to cold call local breweries, sharing her academic background and her interest in getting involved in beer. She started part-time on the bottling line at Port City Brewing Co. before becoming a brewer and starting the business’ first quality control lab. She then took that experience across the Potomac River to 3 Stars Brewing Co., where she worked as director of brewery production, lead brewer, lead cellarman, and quality control lead. She recently joined Old Ox and plans to create that brewery’s first quality control lab, too.

“When I started, people were chasing flavors without really knowing why or how, and my science background gave me the tools to do it in a more direct way,” Lange says. “Beer is a viable career for advancing [the field] and studying advanced aspects of science. We’re thinking about problems and solutions in ways we weren’t considering a few years ago.”

In her stints at Port City, 3 Stars, and now Old Ox, Lange has focused on data management and analysis of the brewing process to make it more efficient. When she first showed fellow brewers at Old Ox what a swab of bacteria from what they believed was a “clean” section of floor grew into on an agar plate, attitudes quickly changed. She said her colleagues immediately reconsidered what brewing equipment could be placed on the floor and where bacteria “hot spots” may exist on screw-in fittings or stagnant spaces around pipes.

Likewise, at the country’s largest brewer, Thea Cummings employs her bachelor’s degree in chemical engineering to enhance the way Anheuser-Busch uses and reuses utilities and wastewater across 18 North American breweries and 10 plants that process raw materials, glass bottles, and can parts. While friends went into the energy sector after graduation, Cummings wanted to focus on food and beverage sciences because of her interest in sustainability and the importance it would play in the beer industry in coming years. Other career options, including a college co-op in pharmaceuticals, didn’t cut it.

“The big advantage of getting into STEM is that you’re not limited to one specific field,” says Cummings, a utilities and brewing project engineer with A-B. “The regulations in the pharmaceutical industry were more about how to keep from getting into trouble rather than focusing on innovation and continuous improvement with beer.”

As Cummings, Lange, and others can attest, the need for critical thinking about beer and the many processes that get liquid into pint glasses is only going to grow. Women brewing beer is nothing new these days, but given the need for more jobs that support it, from quality control to systems management, options abound for those looking to extend an academic interest in STEM fields into full-time careers.

“Any person who’s hiring someone with our kind of background will realize the benefit in critical thinking and analysis STEM fields give you,” says Fortmann, the White Labs senior research scientist.

There was a time during graduate school when she wanted to be a professor, but Fortmann ultimately decided to pass on the repetitive rigors of constantly writing grants, teaching, and leading research on a college campus. She wanted something different.

“You can work at a company like Pfizer and get paid a lot of money, but this is a passion industry unlike others,” she says. “You may not be curing anything, but you’re still doing science—and it’s fun and important science.” ■ 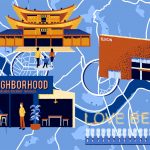 Previous: Where to Drink in Seoul, South Korea 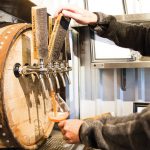