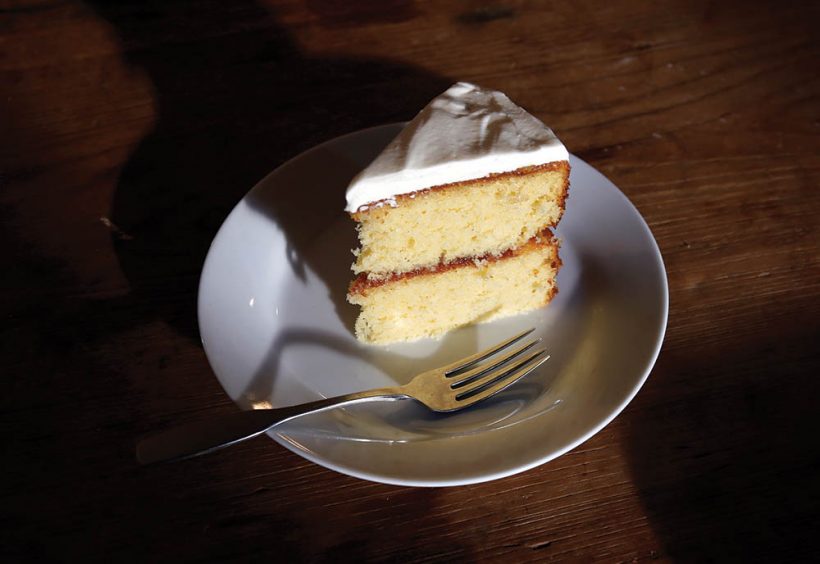 Winter is full of many gatherings that call for celebration, so why not bake a beer cake? These seasonally inspired recipes will bring surprising, beer-inspired flavor combinations to any holiday feast, New Year’s Eve party, or even a bottle share.

Anchor Steam Orange Marmalade Cake
Last year I judged a homebrew competition where a new brewer made a California Common with hops that gave the beer an almost orange marmalade aftertaste. This brew inspired me to blend Anchor Steam and orange marmalade together, playing with the bitterness of both the citrus peel and the hops in the beer. Then, to add another slightly sour element to the mix, I frosted it with a crème fraîche frosting.

Add the softened butter, sugar, and salt to the bowl of an electric stand mixer. With a paddle attachment, beat the butter mixture on medium speed until it becomes light and fluffy, about 4 minutes. Scrape the sides down once or twice, to make sure the sugar is fully incorporated. Still on medium speed, add the eggs, one at a time. Beat the mixture for 30 seconds before adding the next egg, and repeat until all the eggs are added. Then, on the highest speed, beat the mixture for 2 minutes to whip the eggs and incorporate as much air as possible.

In a large bowl, sift together the flour, buttermilk powder, and baking powder. Using a spatula, add the dry ingredients to the butter compound, then top with the beer mixture. On low speed, mix the ingredients until the batter just forms. Turn off the motor and remove the bowl. Scrape around the bottom and sides to make sure all the ingredients combine, but don’t over mix, which will cause the resulting cake to be tough. Divide the batter evenly into each pan. (The easiest way to do this is with a kitchen scale. Making the two pans of batter weigh the same will ensure even layers and a uniform baking time.) Bake in the center of the oven for 28 – 30 minutes, or until the internal temperature reaches 200°F. Remove from the oven and cool to room temperature before frosting.

Anchor Steam Orange Marmalade Syrup
As the cake is baking, add the beer, marmalade, and sugar to a saucepan over medium heat. Bring to a boil, cooking for 2 minutes, until the marmalade and sugar have dissolved. There will still be pieces of fruit and/or peel, which is OK. Turn off the heat and cool.

Crème Fraîche Frosting
In a bowl, add the cream, crème fraîche, sugar, and salt. Whip the mixture with a whisk until soft peaks form. Set aside.

To Decorate
Invert the cakes onto a cooling rack, removing their parchment paper. Use a toothpick or another small pointed object to make holes for the Anchor Steam Orange Marmalade Syrup to seep into the cake. Place one cake round onto a platter or cake plate and brush half of the syrup over its surface, allowing time for the syrup to soak through the cake. Spread the orange marmalade over this cake layer, and then top with the second cake round. Brush the remaining beer syrup onto this cake layer. Spread the Crème Fraîche Frosting over the cake with an offset spatula, making a pattern with the tip of the tool. Refrigerate for at least 2 hours before serving to allow for the cake to absorb the syrup and firm. Cut and serve. 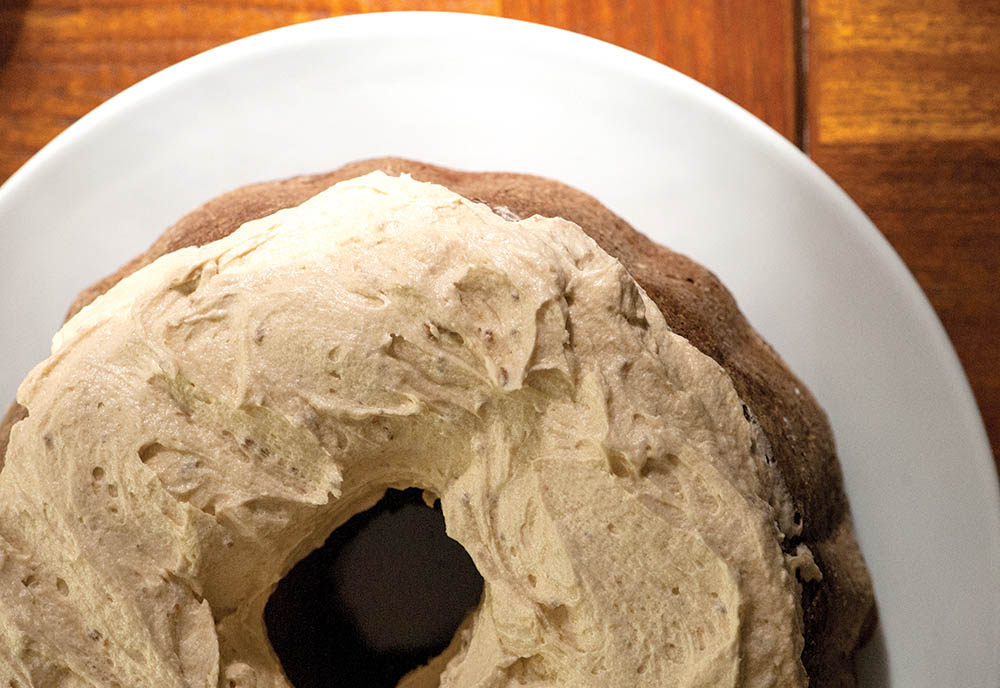 Persimmon Spiced Ale Bundt Cake With a Malted Cream Cheese Frosting
Persimmons seem to be the forgotten fruit of winter. They hang like ornaments all alone on the tree after the leaves have fallen. This recipe calls for Hachiya persimmons, which are different than Fuyu persimmons. The Hachiya variety needs to be very ripe to be used, like a super ripe tomato, where the skin is barely containing a near-liquid pulp. Otherwise, the astringent, tannic elements this fruit is known for will ruin the cake. A mulling spiced brown butter and a malt-forward Winter Ale round out this cake’s seasonal flavors.

Cake Directions
Preheat the oven to 350°F. Coat a Bundt pan with room temperature butter or a non-stick spray, then add 2 tablespoons of all-purpose flour, tapping and rotating it to create an even layer. Set aside.

Melt the butter in a saucepan over medium-low heat until the bubbles reduce in size and the butter turns a nut brown color, releasing a toasty or nutty aroma. Once it is browned, about 7 – 8 minutes, remove it from the heat and add the ground mulling spices along with the salt. Carefully swirl the spices into the butter, toasting them and helping them release their essential oils. Set aside to cool.

To make the Hachiya persimmon purée, cut off the stem and slice the fruit in half lengthwise. Scoop the soft jelly-like pulp from the skin with a spoon, removing any seeds. Add the fruit pulp to the pitcher of a blender. Purée on high speed until a smooth paste forms. Then add the Winter Ale (something on the malty side with spices) and the vanilla extract, and continue to blend. Next, add the eggs, one at a time, and finally the sugar. Blend for a minute before slowly drizzling in the mulling spiced browned butter, much like making a mayonnaise emulsion. Once all the butter is incorporated, blend a final minute. Set aside.

In a large bowl, sift the two flours together with the baking soda. Pour the persimmon ale purée into the center of the flour bowl and fold the ingredients together with a spatula until a batter without flour streaks is formed. Moving in a circular fashion to keep it level, scrape the cake batter into the prepared Bundt pan. Tap the pan on the counter a few times to remove any air bubbles, then bake for 1 hour on the oven’s center rack. When fully cooked, a temperature probe should register 200°F in the center of the cake.

Remove the cake from the oven and place it on a cooling rack for 15 minutes. Hold a cake plate upside down on top of the Bundt pan and then invert the pan and plate together to unmold the cake in one piece (hopefully). Lightly tap on the Bundt pan to help release the cake. Let it cool completely—at least one hour—before frosting.

Malted Cream Cheese Frosting
In the bowl of an electric mixer, add the softened cream cheese, butter, powdered or confectioner’s sugar, dry malt powder, vanilla extract, and salt. Beat the frosting on low speed with a whisk attachment until all the sugar has been incorporated. Increase the speed to medium and add the beer, one tablespoon at a time, changing the texture from stiff to loose. The goal is to reach the consistency of whipped cream cheese. Too loose, and it will not frost the cake well.

To Frost
Pour the frosting over the crest of the Bundt cake, allowing it to drip down each side. The cake can be served as is, or garnished with pomegranate seeds to add a splash of color and a pop of tartness. ■ 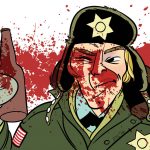 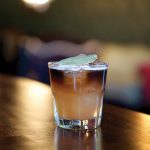