Past Perfect: Coolships Take Off Around the Country 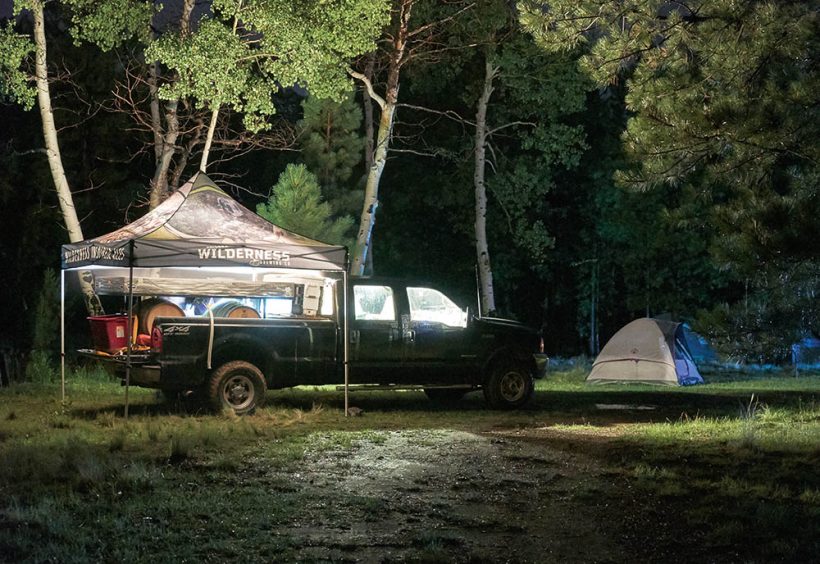 Arizona Wilderness’ #campcoolship on the base of Humphreys Peak in the Arizona mountains. | Photo by Matt Coats

When it comes to beer, everything old really is new again. Consider the current infatuation with historical styles—who’d heard of a Gose 10 years ago?—or the recent fetishization of frumpy beers like retro adjunct lagers. Now add to that list one of the oldest, most basic pieces of brewing technology—the anachronistic coolship.

A wide, shallow metal tank historically used to efficiently cool wort, the coolship is most commonly associated with Belgian Lambic production. And now it’s become an increasingly prominent fixture in many American breweries.

The word coolship (Anglicized from the Flemish koelschip) likely derives from the notion that the earliest wort cooling vessels were made from the same materials as early ships—hollowed-out trees. As technology advanced, copper and then steel became the tool’s de facto material and wort chilling became environmentally controlled via enclosed heat exchangers. Still, the coolship endures, primarily in Belgium and almost exclusively for the production of Lambic.

The process is ostensibly simple. Hot wort is pumped into the shallow tank and allowed to chill at ambient temperature overnight. Windows or vents are raised to usher in local microflora, and once the inoculated wort is cooled, it’s pumped into barrels for a long, uncontrolled fermentation. 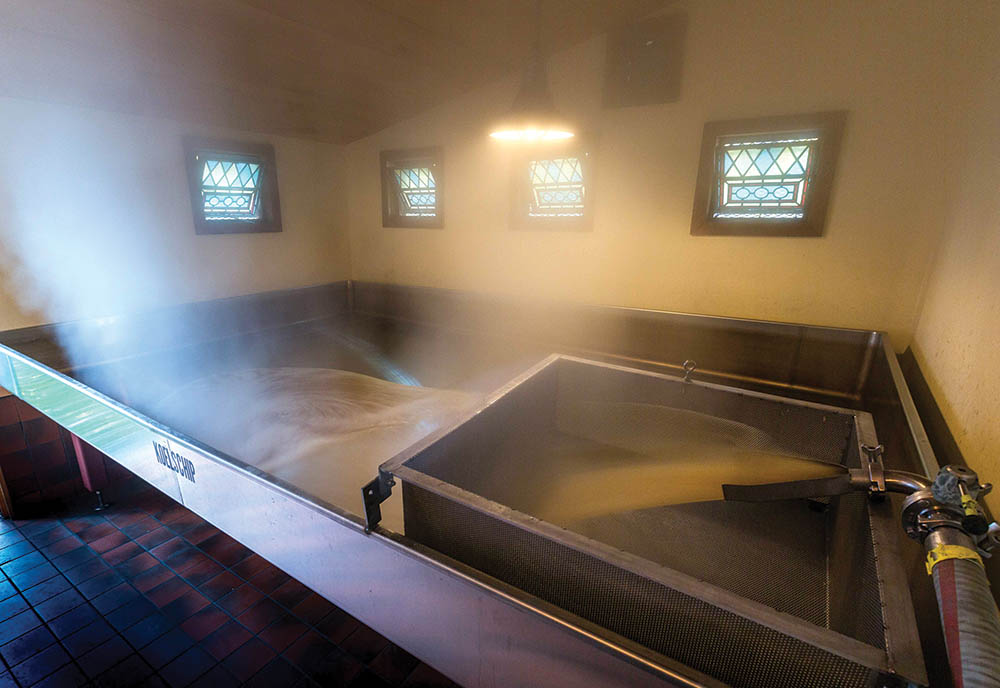 Allagash Brewing has been using a coolship since 2007. | Photo courtesy of Allagash

Belgian Lambic has been made this way for centuries, but in the last decade, a small but growing number of coolships have begun appearing in America as well. The first stateside coolship used for spontaneous beer was at Allagash Brewing in Portland, Maine, in 2007. (Anchor Brewing in San Francisco has used similar-looking open fermentation vessels for decades for lagering steam beer but not to chill wort or inoculate wild yeast.) Breweries like Russian River, New Glarus, Anchorage, and Jester King followed suit and now more than two dozen dot the landscape from coast to coast. Arizona Wilderness Brewing even held a #campcoolship retreat earlier this year, inviting 15 breweries from all over the country to transport a mobile version 7,000 feet into the mountains to inoculate wort amid the state’s cool mountain air.

But most coolships remain grounded, and one of the newest examples is at The Veil Brewing in Richmond, Va. Co-founder and head brewer Matt Tarpey admits, “When I first told friends I wanted to use a coolship in an urban setting, they were like ‘Shouldn’t you be brewing those out in an apple orchard or something?’” But Tarpey knew firsthand that not only is urban spontaneous fermentation possible, it makes for some of the best beer in the world. “When I heard that, I said Cantillon is the No. 1 example of why urban spontaneous fermentation absolutely works.”

Tarpey has an ongoing apprenticeship with Cantillon’s Jean Van Roy and spent several weeks prior to opening The Veil at Van Roy’s inner-city Brussels brewery learning the techniques of spontaneous coolship brewing. In December 2016 he’ll trek back to Cantillon for more education. 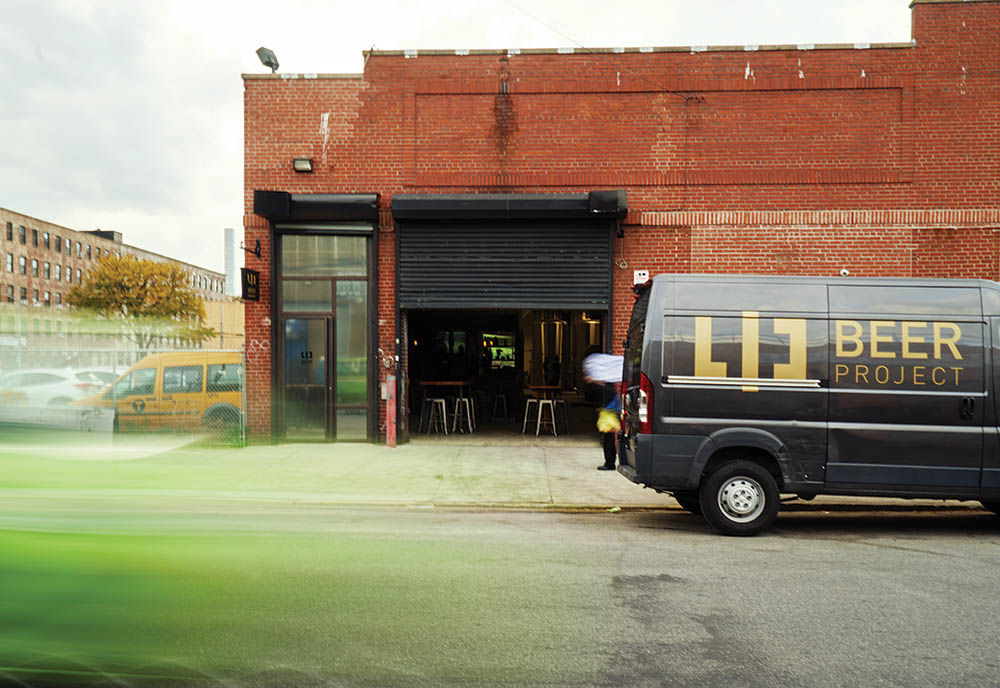 LIC Beer Project’s Dan Acosta is another urban coolship pioneer. Amid countless auto body shops and industrial supply warehouses, Acosta began brewing spontaneous ales in his Long Island City, Queens, brewery last year. The vessel is housed in a compact subway-tiled room with a vent that brings in ambient urban air from outside. The custom-built tank can hold up to 20 barrels of wort and is in use from roughly November through March, weather permitting. (Air temperatures must be consistently cool for successful spontaneous ale production.)

According to Tarpey, one question pesters American coolship brewers: What exactly should they call their spontaneous beers? “Our goal at The Veil is to produce our own ‘Lambic’ and ‘Gueuze’ as traditionally as possible,” he says, “but without calling it that.” Indeed most American producers are circumspect of using these historical terms, preferring instead the clunky and imprecise “spontaneously fermented ale” or “blended spontaneously fermented ale.”

One alternative beginning to take hold is “Méthode Gueuze,” coined by Jeffrey Stuffings at Jester King. Inspired by the term méthode champenoise—a specific process of making sparkling wine in the style of Champange but outside the official appellation—the term applies to the production of blended spontaneously fermented ales outside of Belgium. It has caught on with a handful of new coolship brewers including Chase Healey of Tulsa’s new American Solera.

Tarpey says he’s somewhat ambivalent about using Méthode Gueuze but has recently come around to it. “Jean [Van Roy]’s given his blessing. So if he’s okay with it, I can be too.” ■ 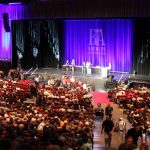 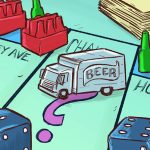