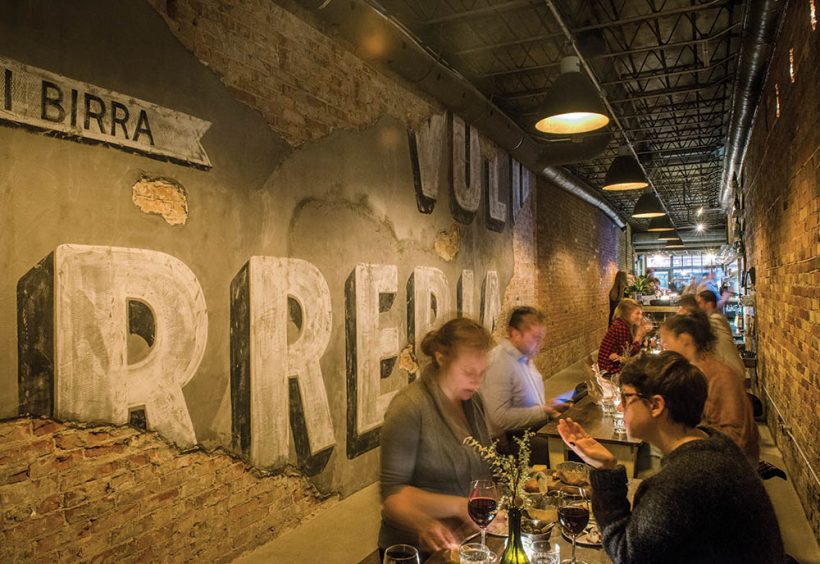 When your father is one of Canada’s most renowned craft beer publicans, opening your own beer bar is a high-pressure situation. Brothers Tomas Morana, 29, and Julian Morana, 26, cut their teeth working at their father Ralph’s famed Bar Volo—a Toronto beer mecca that catalyzed Ontario’s IPA scene, nurtured its real ale love, and brought in cult brews from around the world.

This September, the brothers opened their first bar, Birreria Volo, in Toronto’s Little Italy. The Moranas didn’t want to do a “Volo II,” but they did want to lead the way—just like Ralph had when he switched his wine restaurant to a beer bar 15 years ago. “Bar Volo started as a niche beer bar,” says Julian Morana, “and just like that bar helped inspire a craft beer-only format, we knew we wanted to create what a beer bar could look like 10 or 15 years from now.”

Nestled in an alleyway between a café and a theater, Birreria Volo feels like a cross between Brooklyn’s sleek Tørst and a cozy wine cave in Parma, Italy. A scuffed white marble bar top graces an antique French pharmacy counter. “Birreria” is hand-lettered in faded grey on the peeling concrete along the exposed brick wall, and another wall is covered with rusty tin roof slabs repurposed from an old barn. The narrow hall twists into an L-shape, leading to a twinkly beer garden.

The beer program has a sharp focus: farmhouse and sour beers that are dry, delicate and distinctive. The 26 taps along the 30-foot bar pour local favorites like Saisons from Bellwoods Brewery and Halo, Quebecois icons like Le Trou du Diable, and the brothers bring in one-off shipments from “terroir-driven” breweries they admire, like Cantillon, Oxbow, and Jester King.

Birreria is inspired in part by the wine bars the duo stumbled upon while scouting their favorite brewers in northern Italy. Beers are served in 3-, 6- or 12-ounce wine glasses. The spuntini menu, which is based on the povera cucina (poor man’s kitchen), idea of preserving the season’s bounty, offers rustic fare like funghi, lupini beans, and meaty Spanish sardines.

The bar is also one of the first in Canada to offer bottled beer by the glass. Every week the brothers pop five rare bottles from the cantina, which stocks exclusive-to-Ontario bottles from Cantillon, Oud Beersel, and Italy’s LoverBeer.

While newer craft beer drinkers ask why a bottle of beer costs $20, $30, or even $45, others need no explanation, says bartender Paul Lachowich. “As the night evolves, we become a place for beer enthusiasts to celebrate,” he says. “[One] Saturday we had a birthday party of eight that had a great time ordering nearly every bottle of LoverBeer on the menu.”

Months after opening, the bar is already a destination, drawing imbibers like David Lee, who happily treks across town to drink rarities on tap at Birreria. The photo editor and father of two digs the bar’s hard-to-get beer, and the music (a rotating collection of DJs spinning vinyl). “When the DJ is excellent and the selection of beer is just as excellent—you’ve nailed it.” ■ 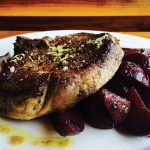 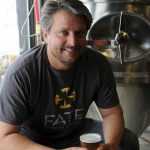