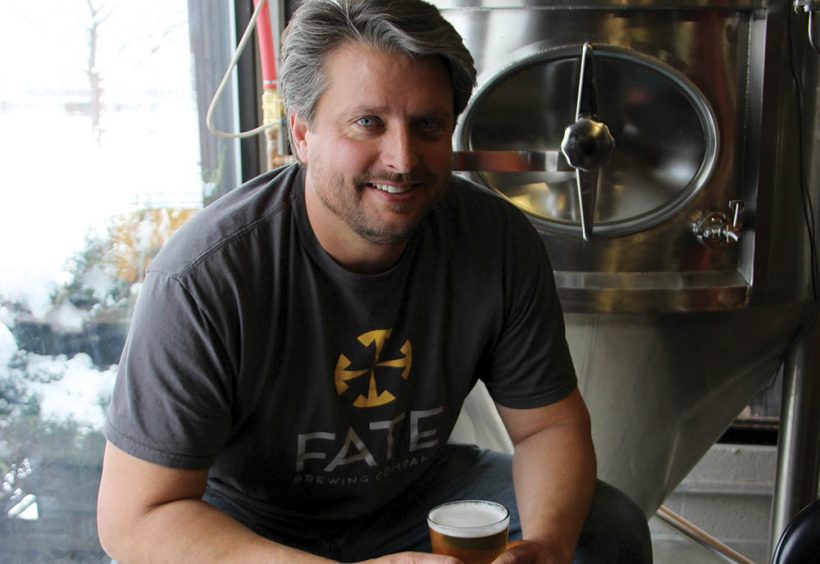 Fate Brewing Company casts an ambitiously wide net. The 4-year-old Boulder, Colo., brewpub cranks out everything from classic Belgian and German styles to experimental IPAs, tequila barrel-aged sours, and coffee-infused hop bombs. That’s because Jeff Griffith, Fate’s head brewer, is able to run in several directions at once. Roughly two dozen of the brewpub’s 30 taps are house beers, meaning Griffith is working on a scale that allows for experimentation in the taproom. “When you’re working on a larger system, if you play around, you have to make sure it’ll sell,” Griffith says. “Consumers are open to trying new things, and luckily we have the small-scale [system] to take chances and then the larger scale to free up the small tanks once a beer has proven it’s got legs. The two-system model allows us lots of in-house product variety.”

1. Get lucky
For over a decade, Jeff Griffith was a brewing hobbyist, and nothing more. A homebrew kit he’d received as a gift kindled a deep love of beer and brewing, but brewing professionally was not his end goal. Griffith’s lucky break came during a period when he’d been laid off from his job in engineering. Knowing that Griffith was hunting for work, a friend who was leaving a brewing job at Golden City Brewery called up and asked whether Griffith would want to replace him. “I was very lucky to fall into this,” Griffith recalls, “and there was no hesitation.”

2. Unlock the possibilities
Griffith came to brewing by way of a career grounded in math and science, but when asked about what drew him into brewing, he immediately jumps to the possibilities for continual invention. “It’s the creative process,” he says, “the way you can create something special, because beers can be done in so many different ways. It’s not like you’re locked into one varietal of grape. I can make something you’d call an IPA, but because there are so many ingredients out there, I can do something different with it every time.”

3. Go bigger
As a homebrewer, Griffith lacked the fine control that’s necessary to dial in recipes consistently, but he thrived after jumping to a commercial-scale brewing system. “I was amazed at how much more consistent you could get things,” he says. “You’re able to manage your temperatures in the mash, and in the fermentor, and everything’s more repeatable than it is on a 10-gallon setup.” Better control let Griffith build better beers. His recipes caught the attention of Mike Lawinski, and when Lawinski decided to launch Fate Brewing Co., he tapped Griffith to come aboard as head brewer.

4. Cover the bases, creatively
At any given time, Griffith has up to 25 house-brewed beers on tap at Fate. Even within the brewery’s core beer lineup, which is built to hit the standard spectrum of colors and flavors, Griffith has carved out room to play. His light beer is a classic Kölsch, not a standard American Golden Ale or lager; his amber is a delicate Belgian Pale Ale; and in place of a standard wheat, he rolls with a German Roggenbier. “We wanted to cover the bases,” Griffith explains, “but be as original as we could, in those areas.”

5. Stay classic
“Classic styles are important,” Griffith argues. “We do a lot of beers that are fun to make. It’s easy to get caught up in going after those flavors, and it’s easy to forget how good a classic style can be.” That’s why Griffith hangs his hat on Laimas Kölsch, an interpretation of the German style he’s been refining since drinking a bunch of it years ago in Cologne. He’s able to extract deep flavors from a deceptively simple recipe, which won gold at the 2014 Great American Beer Festival. “It was this unbelievable feeling,” Griffith recalls. “It’s a lifelong accomplishment.”

6. Be surprised
Plenty of breweries use coffee to accentuate the flavors of their big, dark, roasty ales. Fate goes the other way, blending locally brewed coffee into Griffith’s aromatic IPA, and his crisp Kölsch. “We tried it, to see if we’d be surprised, and we absolutely were,” he recalls. Griffith blends a light, fruity coffee into his IPA to accentuate the beer’s floral notes; the same roast balances nicely off the vinous malt of his Kölsch. “People who taste it say, Holy cow! They don’t expect that it would work. And that’s the same reaction we had when we first tried it.”

7. Approach adventure
About eight years ago, Griffith took a chance on brewing a Gose after reading about the then-obscure German style in Randy Mosher’s Radical Brewing. At the time, he was one of a handful of American brewers selling the salty wheat beer commercially; now, he sells more than he ever could have imagined back when he first discovered the style. Griffith also pushes the limits by aging his Gose in tequila barrels, creating a kind of sour, salty margarita beer. “People’s palates are getting so adventurous. They’re looking for new and different flavor combinations. Sour beer is taking off, and Gose is a more approachable sour beer.”

8. Feed the floral, citrusy, aromatic beast
Fate’s flagship IPA, Moirai IPA, is a medium-bodied beer grounded in classic American hops—Cascade, Chinook, Centennial, and Amarillo—with a dash of El Dorado thrown on top. It’s a nod to the beers Griffith has been brewing and drinking for decades now. To fill the demand for IPA in a city like Boulder, though, Fate will have as many as five hop-forward offerings on tap. Griffith complements his flagship IPA with a rotating cast of sub-styles and single-hop, single-malt showpieces for experimental new hop varieties. “A lot of these newer hops are really dynamic. They’ve got great aroma, and we love figuring out how to use them together. They’re really changing the landscape.”

9. Build a community
Brewing in Boulder can be a double-edged sword. The city is packed full of drinkers who know great beer, and are passionate about the stuff. Those drinkers also have scores of choices, so it’s not enough for any brewery in the city to turn out decent beer—the pressure demands quality and builds a dynamic community. “We embrace it,” Griffith says. “Having choice and selection means when people come to Boulder to check out Avery, on the way they’ll hit us up, and vice versa—they’ll hit us, then do Wild Woods [Brewery]. And that’s good for all of us.” ■ 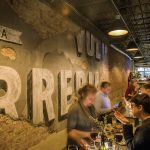 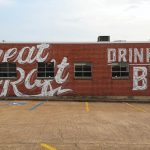