Big in Japan: Stouts in the Land of the Rising Sun 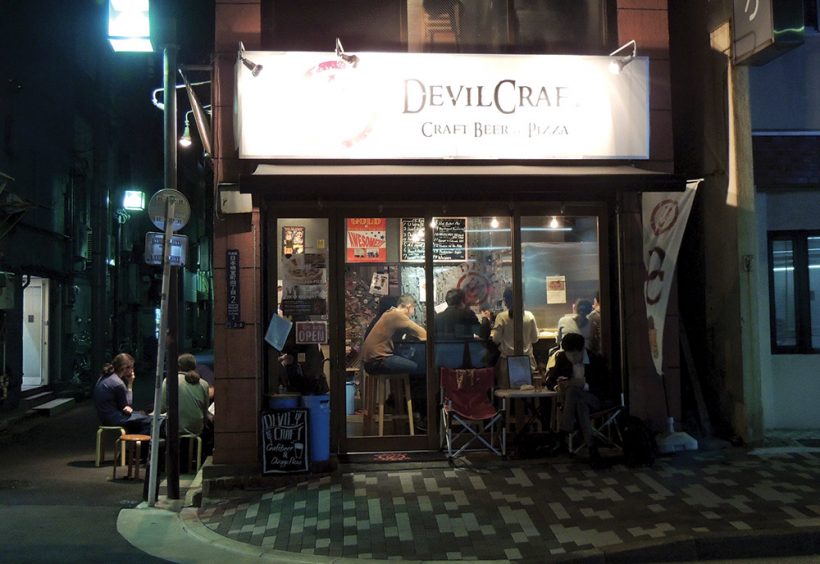 There’s no doubt about it: Stouts are huge in Japan. At the World Beer Cup in Philadelphia earlier this year, Japanese breweries claimed seven medals for the style, including two golds. “They are getting more recognition, it seems like,” says Hiroyuki Fujiwara, a beer judge and president of the Japan Beer Journalists’ Association. “For craft beer brewers, it’s more enjoyable to brew beer that’s different from our national brand, a lager,” he explains. “Something that is very different is this black, round beer.”

Brewers in Japan have also discovered that Stouts provide ideal canvases for Japanese flavors. In Iwate Prefecture in the northeast, Iwate Kura uses local Sanriku oyster shells to add conspicuous umami undertones to its Oyster Stout, which won bronze in the Experimental Beer category at this year’s WBC. A variation on this beer, Oyster Stout-B, earned a silver medal for Experimental Beer (Lager or Ale).

At Iwate Kura, jisan-gaisho, which roughly translates to “locally made, sold outside,” guides the approach to brewing. This concept of using local ingredients to create a distinct, regional product for consumption across the country and beyond is not unique to Iwate Kura, however. Recently, other brewers in Japan have gone beyond shiitake mushroom Stouts to experiment with ingredients as varied as green tea, yuzu, soba seeds, and Japanese figs. Such experimentation has helped spur growth and recognition at home and abroad for both Stouts as a style and Japanese craft brewing in general.

This fusion of local pride and a tinkerer’s spirit is strengthened by kodawari, a Japanese term that describes a fastidiousness or obsession in craftsmanship. And brewers can be fastidious. “In our early days, the feedback that we got was ‘You guys, your best beers are your dark beers,’ and we still hear that from a lot of big beer fans,” says Jason Koehler, founding partner of Tokyo’s DevilCraft Brewing. “So [the Arch Devil Imperial Stout] in particular was a real collaboration between Mike [Grant] and John [Chambers] and I sitting down and hammering out our vision for an Imperial Stout, and then tweaking the recipe, adding a little of this, subtracting a little of that. We weren’t really thinking World Beer Cup at the time, we were thinking, ‘How can we make a great Imperial Stout?’”

Feedback from fans, however, let them know they had a potential winner on their hands. The beer has a thick body with chocolate overtones and a warming, alcoholic edge. “We knew it was a long shot to win a medal but we thought that one had the best chance to win out of all of the beers that we entered,” Koehler says. It was a remarkable showing for a company that only got its brewing license in September 2015. “We were all pretty humbled and happy that it won the gold medal,” he adds. “You know, everybody thinks their baby is the cutest kid in the world.” That baby will soon have a sibling. A Milk Stout small beer made from the second runnings of an Arch Devil beer is currently in the works. 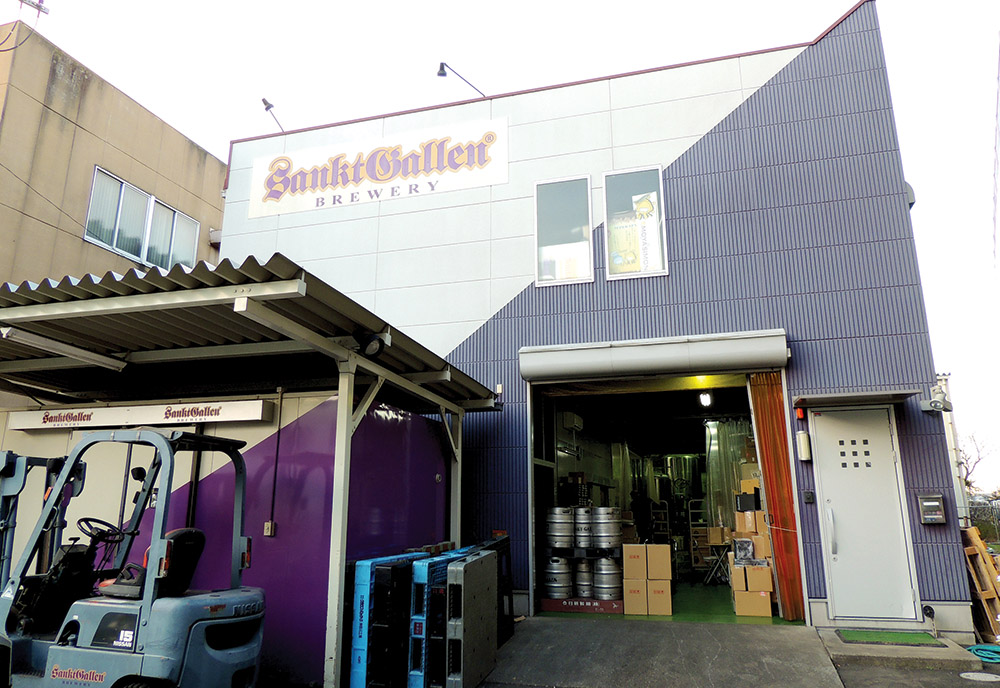 Despite the recent attention from brewers and drinkers alike, however, Stouts are not a new style in the land of the rising sun. As Jeffrey W. Alexander notes in his book Brewed in Japan: The Evolution of the Japanese Beer Industry, Japan began importing Guinness as early 1868, the same year that the country’s last shogunate dissolved. Asahi has made a Stout since 1935. And Kiuchi Brewery, well known for its Hitachino Nest Beer, has picked up numerous awards for its Stouts since 2002.

Many craft brewers are now exploiting this familiarity with Stouts to attract new customers, a third element of the style’s recent revolution in Japan. “The first definitive Stout that we made was called Imperial Chocolate Stout,” says Nobuhisa Iwamoto, owner and head brewer of Sankt Gallen in Atsugi, Kanagawa Prefecture, 60 kilometers southwest of Tokyo. “Until then, when I had to introduce a beer I used expressions like ‘bitter, hoppy aroma’ and ‘sweet, malty aroma,’ but I learned then that these expressions didn’t communicate what I wanted to say. I realized it’s expressions such as ‘like a chocolate’ that get people’s attention.”

Sankt Gallen started selling Iwamoto’s Imperial Chocolate Stout in 2006, followed the next year by Sweet Vanilla Stout and Kokutou Sweet Stout brewed with brown sugar. This triumvirate formed the backbone of Sankt Gallen’s Sweets Beer line, a huge draw for the casual Japanese beer drinker. “In Japan, there is a popular custom for women to give men chocolate during Valentine’s,” Iwamoto explains. “So we have been brewing limited annual Stouts in time for this season: Orange Chocolate Stout, Smoke Chocolate Stout, Strawberry Chocolate Stout. Every year, we add one Stout beer to our lineup.” What valentines can men in Japan expect to receive in 2017? “We are planning on a limited Stout called Sesame Chocolate Stout, which will be released on January 7.”

At least two breweries in Japan—Shiga Kogen in Nagano and Swan Lake in Niigata—have also already tried aging Stout in Japanese whiskey barrels. Just wait until everyone else catches on. ■ 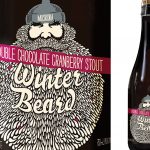 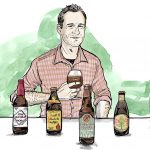