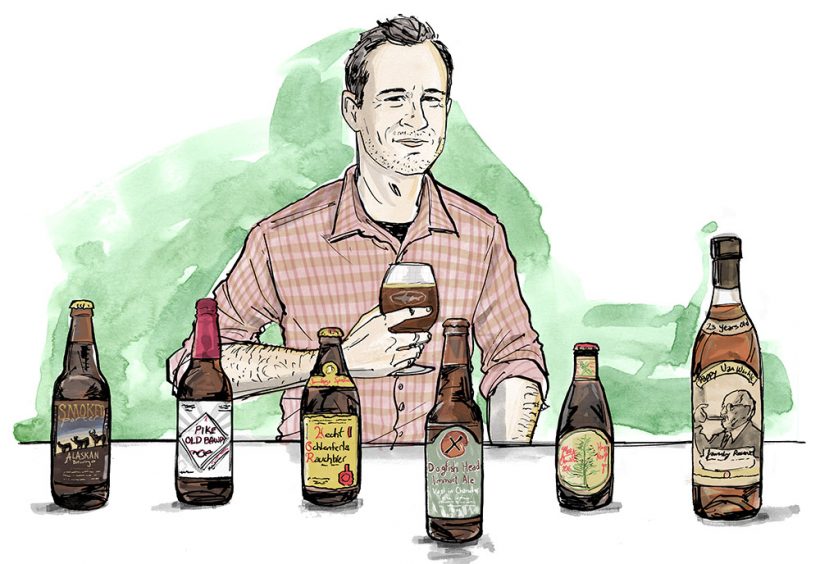 Born in 1995 as Boothbay Barleywine in Rehoboth, Del., Immort Ale first made its way into bottles two years later. The batch size has grown considerably since, but then as now, Dogfish Head founder Sam Calagione’s English Strong Ale is brewed with peat-smoked barley, vanilla beans, juniper berries, and maple syrup from his family’s Red Brook Farm in western Massachusetts. A blend of English and Belgian yeasts and extended aging in 10,000-gallon oak tanks add to the complexity of this big, mahogany beer.

My goal was to make a beer whiskey lovers would appreciate for its complexity, food compatibility, and ageability. You can imagine how hard it was to sell $14 six-packs of an 11 percent ABV beer aged on oak and brewed with maple syrup, peat smoked barley, vanilla beans, and juniper berries back in the mid-90s. But over the years it has found a following among beer and whiskey lovers. The idea for adding juniper berries came from a story by Michael Jackson where the famed beer writer talked about the explorer Captain Cook and how he and his intrepid crew made a dark beer out of a mash that included rye and spruce tips when they landed in New Zealand. The UK brewery J.E. Mather & Sons also used to make a malt liquor called Black Beer that was massive and complex at 8 percent ABV. It was brewed with brown sugar, barley syrup, and malt extract. There isn’t one specific beer that was a touchstone for Immort Ale, but there are a few classics I love that may have subliminally influenced its creation.

Alaskan Smoked Porter
This beer started as a limited release winter seasonal for those wonderful pioneers up there in the great white Northwest. Its malt is smoked over the same alderwood used to smoke salmon, and it has great depth of flavor and ageablity.

Old Bawdy Barley Wine
Pike Brewing in Seattle brought back this modern-day classic in 2006. It was ahead of its time in that it was a mash-up of a Scotch Ale and a Barleywine. I think my pal Fal Allen, who is now the brewmaster at Anderson Valley, was making this beer when I first tried it around 1994.

Aecht Schlenkerla Rauchbier Märzen
Rauch means smoke and aecht means real in old German. Call that truth in advertising from one of Bavaria’s oldest breweries. This is a beautiful, rich, dark beer with a puffy, bone-white, foamy head.

Our Special Ale (Anchor Christmas Ale)
I love how Anchor Brewing would tweak the recipe every year—sometimes it would have cinnamon, or nutmeg, or allspice, and each year would have a different bottle label that included artwork focused around a tree. The recipe also included tree needles in certain years.

Pappy Van Winkle
Yup, this shit’s expensive. Way more expensive than Immort Ale. But I’ve been lucky enough to have a glass or two of this bourbon a few times in my life and it is intense and memorable. As expected it’s made primarily from corn, but the malt bill also includes wheat and barley. Each vintage has a different ABV, usually between 45 and 50 percent. The excitement for Pappy is legit. ■ 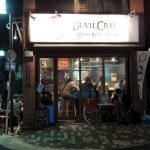 Previous: Big in Japan: Stouts in the Land of the Rising Sun 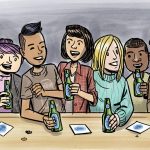