The Southern Brewing Company: There’s No Taste Like Home 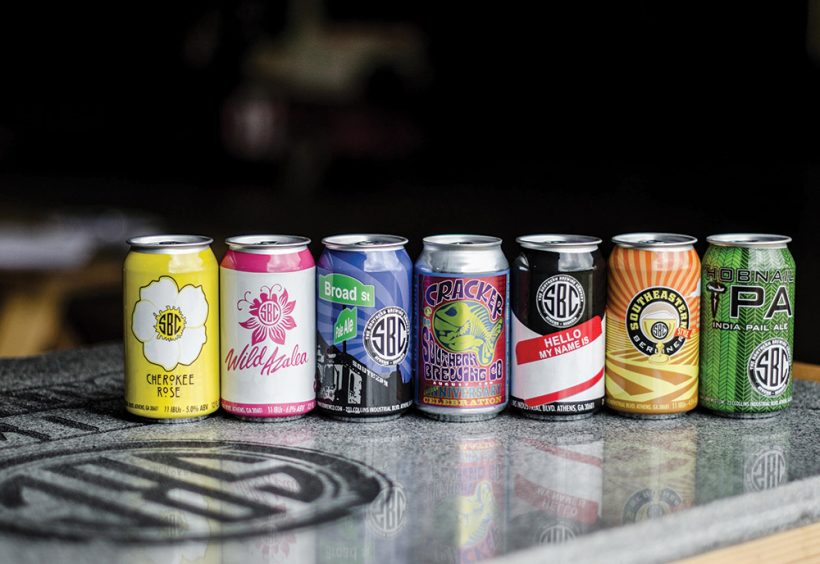 Home of the University of Georgia Bulldogs and musical legends such as REM and the B-52s, Athens, Ga., is a cultural hub known for its eclectic dining, music, arts, and more recently, for its rapidly evolving beer culture. The city gained its third brewery in May 2015 when Brian Roth opened The Southern Brewing Company to brew beer that “tastes like Athens.”

Less than 3 miles from downtown, Southern Brewing is the first purpose-built brewery in Georgia; its 11,000-square-foot building sits in the center of 15 acres of wooded land. The grounds are dotted with 11 young fruit trees, and several garden plots grow watermelons, pumpkins, and herbs. Roth has plans to construct an outdoor amphitheater in the next two years.

Visitors to the brewery’s spacious taproom will find anywhere from 18 to 36 beers pouring from the bright red wall of taps. Staying true to its Southern roots, the brewery cooks up more than 30 pounds of boiled peanuts a week for thirsty patrons to pair with its flagship Broad Street Pale Ale or experimental wild beers.

Roth’s relationship with beer was shaped by his childhood, nearly half of which was spent living abroad. More than two years in England allowed him to experience beer in an accepting culture whose brewing tradition wasn’t diluted by prohibition. While working for a local distributor in the early ’90s, Roth was introduced to Anheuser Busch’s head brewmaster, George Reisch. Roth was struck by Reisch’s attention to detail and willingness to share his “sage wisdom” with anyone who asked. Specifically, he trained Roth on sensory techniques, like how to “drink the water and the wort every morning, eat the grain, look at how it breaks up, and make hop teas and taste them.”

In 2008, Roth met Rick Goddard, a longtime lobbyist for the beer industry, at the National Beer Wholesalers Convention in San Francisco. The idea for Southern Brewing began to take shape when Goddard suggested opening a brewery in a region that is “true to its heritage.” After eight years of research including visits to 527 breweries, the duo’s idea became reality.

Roth and Goddard took note of what they learned and loved on those brewery visits. “SBC is 500 different breweries of idea stealing,” Roth says with a laugh. “Because of that, we’ve always been open to educating others in the beer industry to learn the process.”

Ethan Protas is a prime example. Starting out as a curious beer enthusiast, Protas volunteered at the brewery and discovered that he and Roth shared a passion for mixed-culture fermentation. In less than a year, Protas went from mopping floors to managing the brewery’s wild and barrel-aged program, Southern Woodpile. 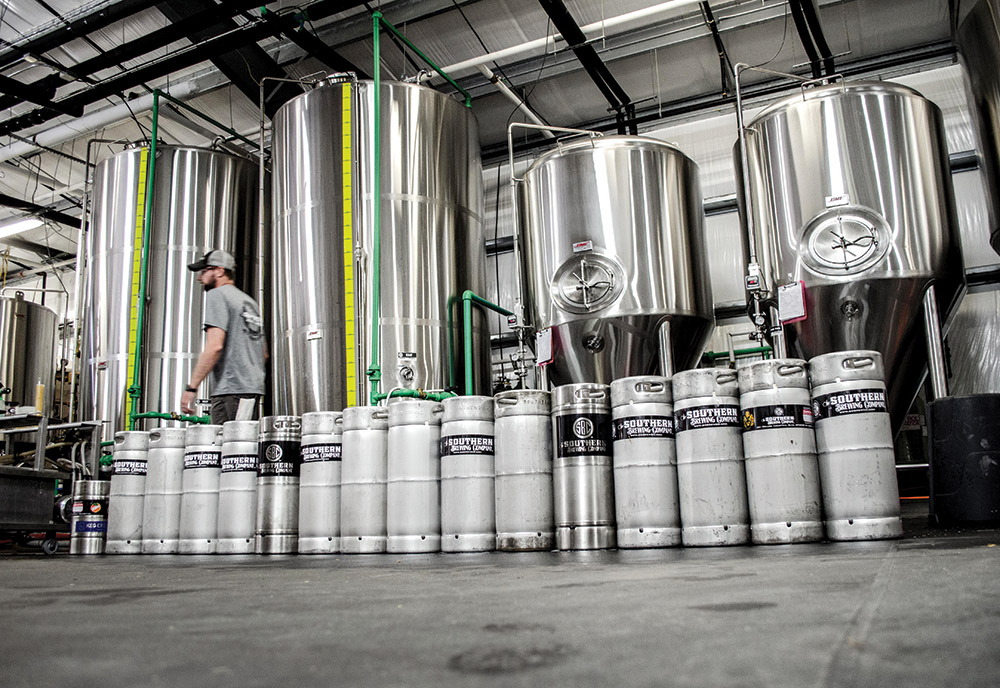 There’s No Taste Like Home
Roth and Goddard’s ambitious mission to “brew beer that tastes like home” has resulted in collaboration projects with six local farmers to source the area’s freshest fruits, and planting 156 hop rhizomes on the property. Their eventual dream is to brew beer using 100 percent locally grown ingredients. According to Roth, the dream isn’t far off. “We’re pretty close to achieving it in small batches.”

But the brewery’s most remarkable achievement lies in its one-of-a-kind wild yeast program. Through an “elaborate” collaboration effort with the University of Georgia, including a panel of 30 local scientists, the brewery has been able to isolate over 70 wild yeast strains, sending them to the university for DNA analysis.

“The Georgia Genomics Facility (GGF) at UGA uses old-fashioned Sanger dideoxy sequencing since it’s cheap and our number of samples is small,” explains Dr. Jeff Rapp, the biotechnology program chair at Athens Technical College, who assisted with the program in its formative stages.

Two of these strains are widely appreciated in several of SBC’s rotating brews: Kluyveromyces thermotolerans yeast collected from a wild azalea plant on the premises as the brewery was being built, and Pichia fermentans microbes from a Cherokee rose, Georgia’s state flower.

“We are excited about the wild yeast program since it gives us an opportunity to push the envelope of creativity and innovation,” Rapp says. “New beers produced by the wild yeast give consumers a local connection to the natural world—something most people crave.”

Southern Brewing is the only brewery in Georgia to collect and propagate local wild yeast, which Roth compares to bringing home a new pet. “First, we’ve got to figure out the yeast’s personality. Once we isolate individual strains, we can play with combinations and see how they interact,” he explains.

The experimental yeasts offer different outcomes depending on their treatment during brewing and fermentation. For example, Southern Brewing uses the azalea yeast to brew three different beers, including a Stout, a Berliner Weisse, and a Saison. “Cooler [fermentation] temps drive a very Saison profile and warmer temps drive huge fruity esters and acidity,” Roth explains. “These yeasts have their own little place in nature, so we have to teach them to give us the qualities that we want.”

Wild Growth
“The first year has been a lot of experimentation,” Ethan Protas says. “We will continue experimenting with new wild-caught yeast, but dialing in our house culture is our primary goal for next year.”

Southern Brewing’s experimental, local approach has earned it popularity among beer drinkers in Athens and beyond. Production in its first year was 1,200 barrels, with predictions for year two topping 3,500. “We certainly exceeded our first year expectations,” Goddard says. “Our innovative beers are attracting widespread attention. A typical weekend has grown from 70 visitors to 450.”

Local restaurants are rapidly adding SBC’s brews to their lineup, too. “Everything about SBC is unique and the brewers will continue to separate themselves from craft breweries around the country,” says Andrew Wallace, owner of Chops & Hops, a popular local restaurant and bar. “At a time when the craft beer market is flooded with choices, they are putting out one-of-a-kind options for any palate.” Wallace strives to consistently showcase at least two of SBC’s brews because of the overwhelming requests by customers.

And Southern Brewing Company’s growth is just ramping up. In 2017, the brewery plans to start canning its most sought-after beers to better supply local shelves. Its support of local produce will also grow by hosting a regular farmers market. Through charity events, yoga, cyclocross races, and various local collaborations, community is the heartbeat of this little piece of the South.

On Tap
Wild Azalea Saison: Brewed with a wild yeast strain isolated from an azalea on the brewery property, this Saison is crisp, dry, and fruity with pronounced clove and orange notes. 6.0%

Cherokee Rose: Banana pudding and vanilla notes stand out in this wild ale made with a yeast strain isolated from a flower at the pilot brewery in Oconee County. 5.0%

Sour Stout: With slight kettle souring, this Stout is finished on wild azalea yeast and has notes of chocolate and Merlot. 5.3%

Foeder Bier: Aged in a foeder with a mix of native yeast and bacteria, this ale is refreshingly tart and slightly funky with a light minerality and a dry finish. 6.0%

Since writing this piece, Allyson Hester has been hired as a part-time taproom manager at Southern Brewing. ■ 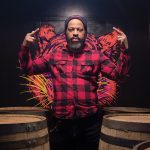 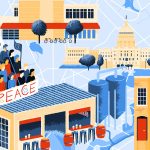