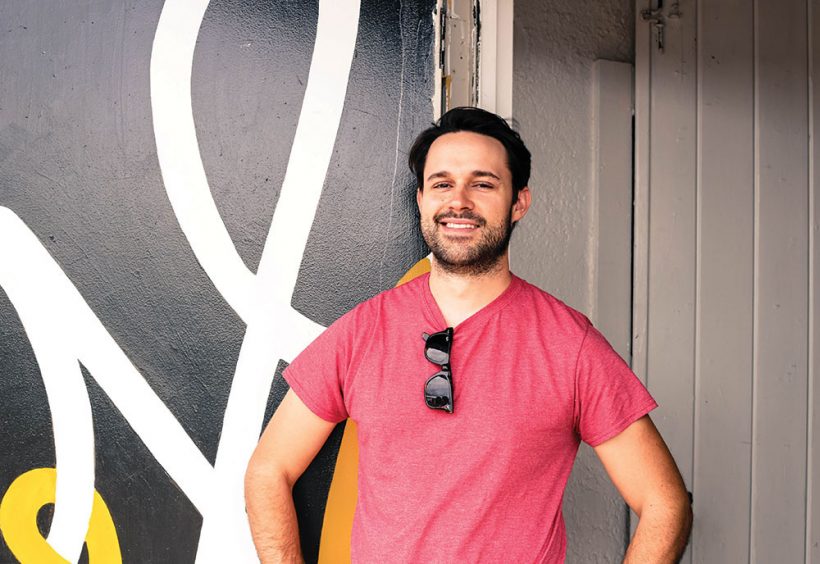 The distinct yeast characteristics Taylor Ziebarth discovered in Belgian ales first ignited his love of craft brewing. And now, as he ramps up Oddwood Ales, distinctive microorganisms remain front and center. Ziebarth leans heavily on yeast and bacteria to drive complex flavors from his relatively simple recipes. An emphasis on sour ales and tart, funky Saisons first made Ziebarth’s beers shine as a side label of the Austin brewery Adelbert’s. Today, as Ziebarth relaunches Oddwood Ales as a standalone business with its own Austin, Texas, brewery and taproom, he’s redoubling that focus on distinctive flavors. “Austin has always been a vehement supporter of local, small businesses. There are a lot of creative types here,” he says. “They appreciate the whimsy and artistry of beer.”

1. Dry out
Duvel, Saison Dupont, and Cantillon were the first beers to really sink their hooks into Ziebarth. The common theme among them was their beautiful yeast character and an element of dryness. “Dupont was one of the first beers I had to really suck the moisture out of your mouth—it hits you in a really nice way,” he recalls. “The dryness is so beautiful, and it has this substantial mouthfeel, and an airy carbonation level. Bone-dry beers with fruity yeast really suit the weather here in Texas, and I sought out other beers like that.”

2. Give in to the itch
Ziebarth fell in love with Belgians and craft ales in college, and he dabbled in homebrewing while still in school. But it wasn’t until years later, after he’d committed to a desk job, that he got the itch to reconnect with his brew kettle. When that itch did arise though, Ziebarth dove in head first. “I’m a single-track guy,” he says. “I have one captive interest I’m really into, and whenever I find something new, it’s exciting, and I really dig into it. And with brewing, there was a lot to learn, and a lot to do.”

3. Bang the doors down
Such an intense, single-track focus meant that Ziebarth wasn’t content to homebrew on nights and weekends. He recalls pawing at the door of nearby Adelbert’s Brewery until the proprietors would let him scrub the floors and work the bottling line. Ziebarth worked his way from volunteer to head brewer, and along the way up, he got to experiment with technique, from decoction mashes to barrel fermentation and bottle conditioning. And, most importantly, he was given a runway to strike out on his own.

4. Hit the launch pad
Originally launched as a sub-label within the larger Adelbert’s range, Oddwood Ales served as an experimental space for the Belgian-focused microbrewery. The Oddwood label amplified the Adelbert’s ethos, which favors continuous tinkering and experimentation. Ziebarth turned that knob up to 11. He propagated wild cultures, experimented with fermentation inside oak wine barrels, and blended vintages. As the resulting beers won over Texas drinkers, Ziebarth saw an opportunity to fulfill a dream of going into business for himself. So Oddwood, the side project, became Oddwood, the spun-off startup.

5. Maximize minimalism
Oddwood focuses mainly on American Saisons, wild ales, and Pale Ales. And Ziebarth relishes in a sort of minimalism, using raw ingredients within that small array of stylistic categories to do the most he can. But the magic is in what the brewery does with that focus. Opening in late spring or early summer, Oddwood’s new brewhouse will accommodate techniques like turbid mashes, open fermentation, and oak barrel primary fermentation. “With a simple beer, through different fermentation, dry hopping, fruiting, manipulation, blending, and twisting, you’re [able to] get the most out of very little.”

6. Stay in control
As Oddwood spins off on its own, Ziebarth is narrowing his distribution turf around the cozy, Austin neighborhood pub he’s building. The goal? Maintaining better control of his product from keg to glass. “If we want to have a Saison with a meringue head that lasts, it’s hard to execute super-carbonated kegs at someone else’s bar. It might seem OCD, but part of your perception of beer is the presentation. We’re going to have the control to serve our beers the way we want [them].”

7. Find new character
The only lab-bought microorganisms Ziebarth plans on using at the new brewery will be Brettanomyces and funky bacterias. Oddwood’s workhorse ale yeasts will be harvested from the wilds of Austin. “It’s a fairly unscientific process, because you don’t know what you’ll get—and sometimes, it’s gross.” But Ziebarth has already harvested a clean-fermenting wild yeast strain off some local rosemary, which will be his primary Pale Ale strain. “I find that the breweries I really like have their own defining house character, and that’s what we’re working toward … I feel like a kid on Christmas when I see one of these wild fermentations rocking really well..”

8. Keep growing
Oddwood’s Saison—tart, a touch funky, and loaded with fruit and wine barrel notes—was the flagship recipe that built his brewery. But Ziebarth isn’t content to stand pat; his new Saison recipe will be fruitier, less acidic, cleaner, smoother, and more cohesive than its last incarnation. And he’s looking forward to the riffs on that recipe—bigger grain bills, bigger hops, more tartness, more funk—that his new barrels and foeders will unlock. “We love our funky, off-the-wall Saisons, and we definitely intend to make a lot of them,” Ziebarth says. “But the yeast culture will change. The bacteria will be different. It will match what we’re into more these days.”

9. Accept challenges
Growth is allowing Ziebarth to broaden his ambitions beyond farmhouse ales, to American Pale Ales and IPAs. Take the emerging Texas IPA—somewhere between the modern California and Vermont iterations, light in malt, huge in hop aroma, and dry, for the Texas heat. “We’re always seeking out this ideal beer we see in our heads, the stuff we taste in our dreams,” Ziebarth says. “We like to drink IPAs, and we really enjoy the technical challenge of making a damn good IPA. Plus, we need something to serve all the people who are waiting for us. We are IPA bros like anybody else, I guess.” ■ 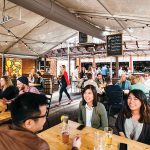 Previous: At Minneapolis' Butcher and the Boar, a Focus on Beer, Bourbon, and Brats 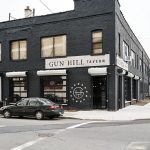