The Return of Whitbread Pale Ale 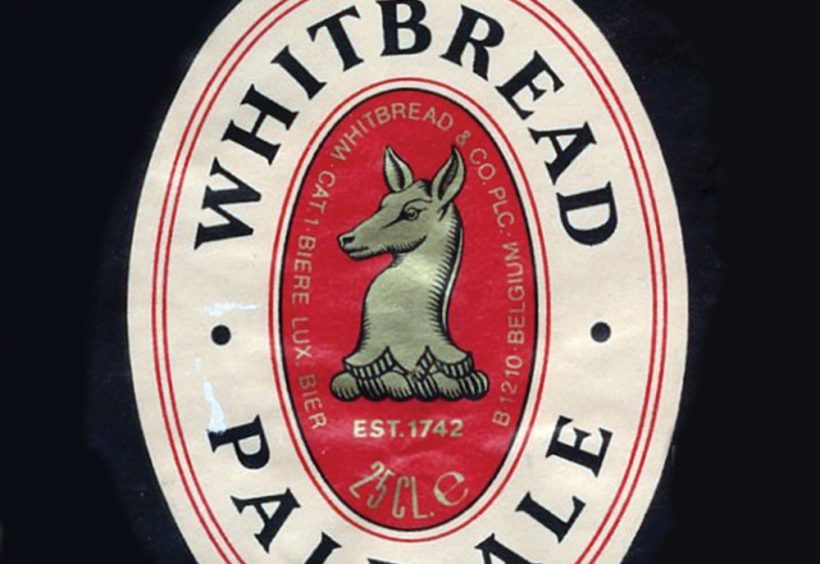 After a decade or two struggling along in Belgium, a once famous bottled brand has returned to the shelves in the UK. It’s a beer with a particularly frenetic history.

Whitbread Pale Ale is a wonderful example of how arbitrary British brewers were with style designations. This culminated in the 1950s, when this beer had three different names—in the brewing records it’s known as IPA, the bottle label said Pale Ale, while the man in the public bar of London’s George and Vulture called for a Light Ale.

The beer’s origins go back to 1900 when Whitbread, encouraged by a trend to lighter Pale Ales, introduced a new beer called IPA to complement its existing Pale Ales. At 1050º OG and around 4.75 percent ABV, IPA was the weakest of the bunch. It was, however, the most heavily hopped.

WWI was harsh on all British beers, but it gave a damn good thrashing to Whitbread’s IPA, which was reduced to just 1036º and 3.75 percent ABV. The very high hopping rate was retained, however.

After the war, an exclusively bottled product filled an essential slot in any brewer’s range. Bottled beer sales were soaring, partly fuelled by drinkers’ distrust of draft. Two bottled styles evolved to serve either as replacements for, or to liven up, Ordinary Bitter and Mild: Light Ale and Brown Ale. Whitbread’s IPA was the former.

A further boom in bottled beer during the 1950s, fuelled by pent-up demand from wartime restrictions on its production, spurred Whitbread to embark on an advertising campaign. “You know what you’re getting,” proclaimed the headline:

“Pour it out. Pour it all out, for Whitbread’s Pale Ale is always clear and brilliant to the very last drop. A fine ale—refreshing even to the eye. Brewed from the finest materials, it’s bottled only by Whitbread. It may not be the cheapest but, without any doubt, it is the best of the light ales.
Wherever you buy Whitbread’s Pale Ale—at the bar or at the off-licence to take home—it is always in splendid condition. You know that you are going to enjoy a first-class beer—WHITBREAD the best of the light ales.”
Illustrated London News, Saturday 13 February 1954, page 4.

How ironic that Whitbread, fierce defenders of bottle-conditioning in the early 20th century, should boast of producing a crystal clear, brewery-conditioned beer while casually and interchangeably throwing around the terms “Light Ale” and “Pale Ale.”

In 1958 Whitbread finally changed the name in its brewing records from IPA to WPA. Better late than never, I suppose. But down at his local, Joe Halfpint still said: “Pint of Light and Bitter, please, guv.”

WWII, in contrast, barely slapped Whitbread Pale Ale’s wrists. After falling to 1030º in the late 1940s, the OG bounced back to just about its pre-war gravity in the 1950s. And one characteristic was constant: it remained Whitbread’s most heavily hopped beer with 50 percent more hops than the brewery’s stronger draft Bitter.

To make things even more complicated, a second beer was marketed as Whitbread Pale Ale. Called Ex PA in the brewery, it was destined for foreign markets. At 1057º OG, it closely resembled Whitbread’s pre-WWI domestic Pale Ale. Somehow surviving the disappearance of Whitbread itself, the beer has been brewed continuously in Belgium at some AB-InBev plant or other.

Last year Whitbread Pale Ale was relaunched in the UK, brewed by the highly regarded Windsor & Eton. Let’s not worry too much about whether it’s an IPA, Pale Ale, or Light Ale. Just rejoice at the return of Whitbread’s iconic hind logo. ■ 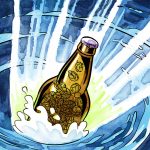 Previous: Hashing It Out: A New Hop Supercharger for Homebrewers 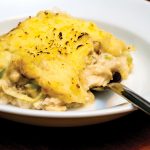