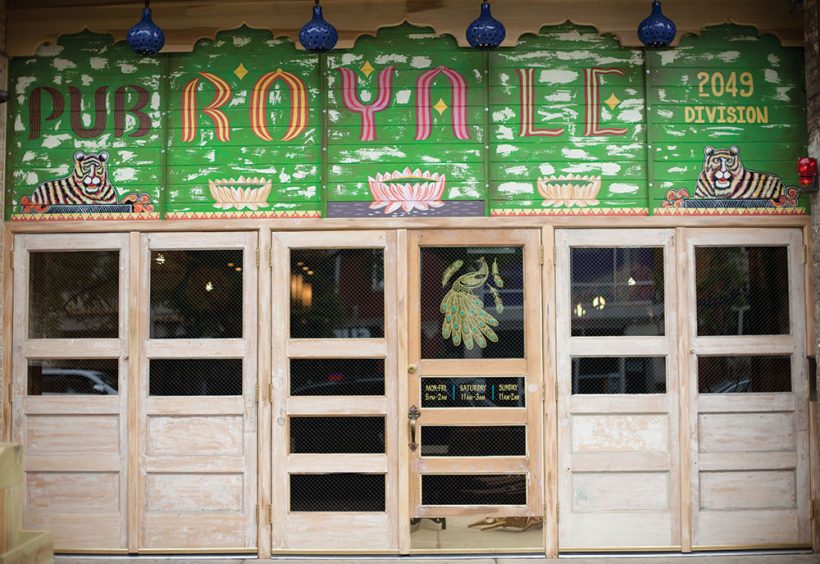 Since opening its doors in spring 2015, Pub Royale has been on a mission to serve up uniquely Anglo-Indian fare alongside a wide selection of complementary beers. Located in Chicago’s Bohemian-cum-hipster neighborhood of Wicker Park, Pub Royale has positioned itself in the thick of some of the most exciting and dynamic options for food and drink in the city.

Adam Halyckyj, bar manager at Pub Royale, attributes the bar’s success—including a spot on Bon Appétit’s 2016 list of the top 50 restaurants in the US—to its mission of introducing patrons to Anglo-Indian dishes and the exciting beer pairing options created by the cuisine.

“The inspiration for this place really came from our founders and their travels in London,” explains Halyckyj of restauranteurs Matt Eisler and Kevin Heisner. “There, the bar food is so often Indian. We weren’t seeing that anywhere else in Chicago. People are surprised by the beers that pair best with Indian dishes, and we are always happy to educate them.”

Visitors to Pub Royale are greeted by eclectic décor that includes elephant-head tap handles, an array of South Asian artwork, and a small, wall-mounted motorcycle that looks ready to tear up the foothills of the Himalayas. The large projection screen listing the 24 drafts is reminiscent of a 1980s airport flight information board.

Chicago-based beers from the likes of Off Color Brewing, Une Année, and Solemn Oath often appear on tap. However, Pub Royale is known for offering an atypically large selection of sours, designed to accompany the spicy food it serves—favorite dishes for pairing include Eggplant Curry and India Hot Chicken. On one visit, sours included Cucurbitophobia, a sour ale with blood orange and spices brewed by Jolly Pumpkin and Monkish, Une Année’s Framboise, and Whiner Beer’s wild Saison Le Tub. Despite numerous choices on draft, Pub Royale also stocks bottles of the Indian-brewed lager Kingfisher for traditionalists.

“A few people will always want Kingfisher with this kind of food, and so we have it,” says Halyckyj. “For many customers, it is more approachable. But it’s the sours that really cut through the spices. For our regulars, those tend to become the favorites.”

Jill Siar, a regular patron who lives nearby, agrees. “The diverse beer list has something for everyone or something new to try since it changes so often,” she says. “The food is amazing, too—I’ve never been disappointed by anything I’ve eaten [here,] and their burger might be my favorite in the city,” Siar adds, referring to the Royale with Cheese, a burger with spicy pickles, aged cheddar, and house aioli.

Pub Royale also makes and serves its own shandy, blending local brews with a house-made lemon-lime soda. In addition, it regularly hosts brewery representatives for “six handle takeovers.” Halyckyj thinks all this creates an atmosphere that elevates the bar’s sense of adventure.

“We feel lucky that we have patrons who are excited to try new things and explore,” concludes Halyckyj. “We have always been about creating the best place to do that.” ■ 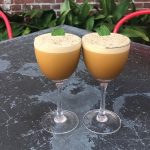 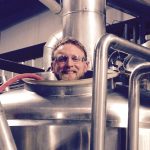