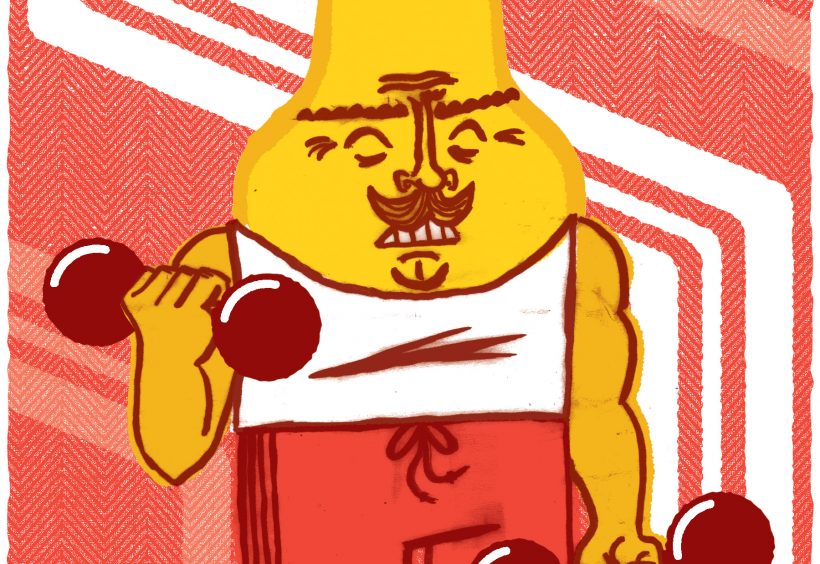 I am a 275-pound guy who is trying to cut some weight. I am going to the gym and watching what I eat. My question is: Is there a good craft “light” beer that is healthy and still respects beer? I would appreciate any input you could offer. Thanks. —Jared

If you take a close look at so-called light beers versus their regular counterparts, you’ll notice that the caloric differences are often negligible. Even with what I consider to be the most flavorful beer tagged as a “light beer,” Samuel Adams Light, which has 124 calories per 12-ounce serving, it’s still only 36 calories less than Samuel Adams Boston Lager. So the answer to your question is a big NO. The term “light beer” is simply a marketing ploy that preys on the insecurities and weaknesses of the human mind—don’t fall victim to it.

My advice to you is: don’t compromise taste! Instead of worrying about a few extra calories here or there, cut back on your overall beer intake by a beer or two, drink what you want because it tastes good to you, and then workout for an extra few minutes a day.

Is there a difference in alcohol content between regular and light beer of the same brand? Or is it only calories? Thanks. —JLA

Light means lighter all around—lighter in calories, carbs, alcohol, aroma, taste and enjoyment. With most mainstream brands there’s typically up to a 1 percent difference between a regular and light beer of the same brand. Not that you asked for the following bit of advice, but I recommend staying away from light beers, which will help not give brewers an excuse to brew more.

Does beer have as much sugar in it as wine? —Harold in Las Vegas

The amount of residual sugar varies far too much to answer such a broad question. You really need to take the style, ingredients, yeast, brewing and fermentation techniques into consideration, plus there are different types of sugars in both. I have read that wine yeast tends to be a bit more aggressive with sugars and I’ve compared quite a few final gravities in both beer and wine and found that wine tends to have less residual sugar. However, just as there are sweet beers there are plenty of sweet wines too.

I’ve recently become a lover of craft beer and love BA and have learned a great deal. One question still remains unanswered, though I’ve looked through your beer styles and beer articles sections for illumination. What’s the difference between ale and lager? I know this must seem laughably basic, but there you have it. Thanks. —Roxanne in Toronto

Roxanne: First, while your question is indeed basic, it’s hardly something to laugh at. You’d be surprised at how many beer drinkers know nothing about beer. Anyway, historically all beers can be broken into two main categories, ales and lagers, and then from there into subcategories called beer styles, but to answer your specific question:

Ales are beers brewed with yeast that ferment at the “top” of the fermentation vessel at high temperatures (60–75°F), which, as a result, makes for a quicker fermentation period—roughly one week or even less. Ale yeast are also known to produce byproducts called esters, which are volatile compounds that are often fruity, flowery and spicy.

The word lager comes from the German word lagern which means “to store.” Lagers are brewed with bottom-fermenting yeast that work more slowly at temperatures around 34°F, and are often further stored at a cool temperature to mature. Lager yeast typically produce fewer byproduct characters than ale yeast, which allows for other flavors to pull through, such as hop and malt subtleties. Generally speaking, lagers tend to be cleaner and more approachable as a result. ■ 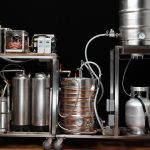 Previous: 'The Device' Does It All 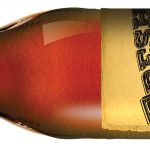