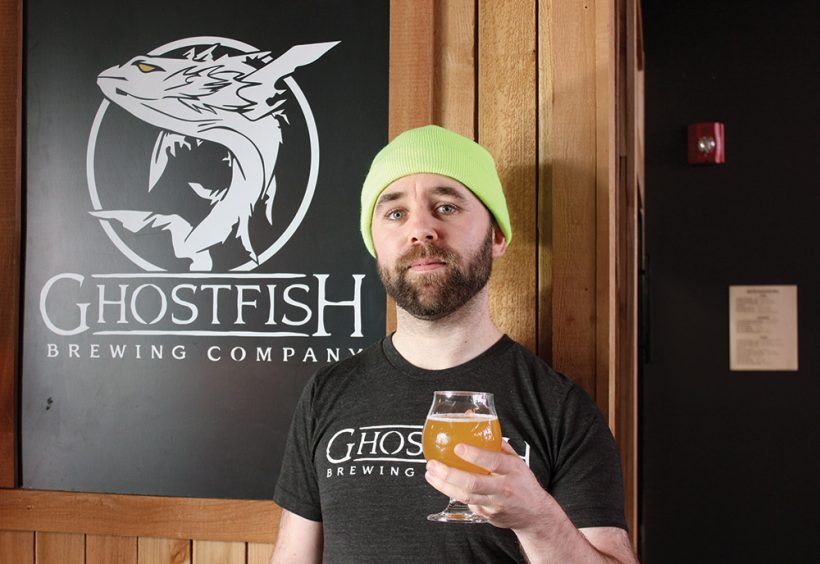 Imagine a professional, GABF medal-winning brewer who has never tasted a sour beer. Jason Yerger, co-owner and head brewer at Seattle’s Ghostfish Brewing, was diagnosed with celiac disease and had to stop drinking regular beer when he was 25. “Sour beer is a style I’ve never brewed before, or even tasted,” says Yerger. “My diagnosis came before the sour beer craze started sweeping the nation.”

But in February Patrick Staggs, the owner and brewmaster at Delaware’s Revelation Craft Brewing Company, traveled across the country to collaborate on a sour beer with Ghostfish. The project continued when Staggs returned home to brew the same beer at his brewery in Rehoboth Beach. The result is Co-Conspirator Apricot Sour, a gluten-free, sour collaboration brewed on both coasts.

Staggs, who frequently dabbles in the art of sour beers, is longtime friends with Ghostfish co-founder Brian Thiel, so a collaboration beer seemed inevitable. And this project offered both brewers a chance to learn something new.

“When using gluten-free grains like we did for this beer, the brew session can be up to three times longer because the lautering process is more difficult,” says Staggs. “I already respected Jason, but after brewing this beer I have a new level of respect for him.” It also required extra cleaning and sanitizing to avoid cross-contamination with ingredients containing gluten.

Both batches of Co-Conspirator Apricot Sour were brewed using millet, buckwheat, rice malt, and quinoa, not unlike many other Ghostfish beers, but the real trick was souring the beer. Lactobacillus cultivated in yeast labs are typically grown on a barley medium, so they cannot be used in gluten-free beer.

“Patrick had the idea to use an off-the-shelf probiotic drink from GoodBelly, which uses a Lactobacillus species in coconut water to give probiotic health benefits,” explains Yerger. “We just pitched a few cartons of it into the souring tank and it worked like a charm, creating a nice sourness with just a little bit of funk.”

Ghostfish Brewing released 15 barrels of its Co-Conspirator in March at the brewery’s taproom and a few select draft accounts around Seattle. Revelation’s smaller, 4-barrel release appeared on draft and in bottles the first week of April at the brewery in Rehoboth Beach. ■ 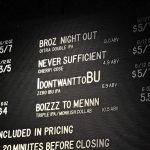 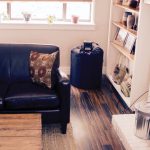