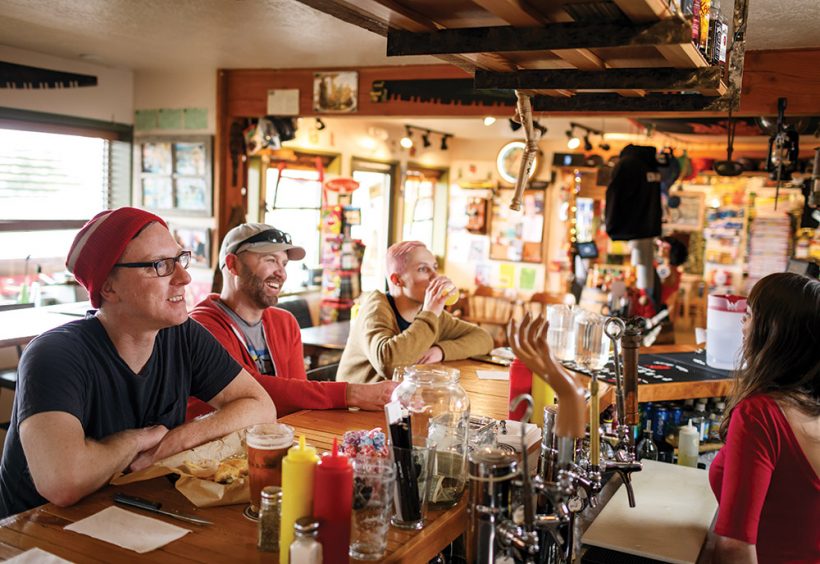 Until Cannon Beach Hardware and Public House opened in 2010, the seaside town of roughly 1,700 residents had saltwater taffy aplenty, but no hardware store. For that, homeowners whose butt hinges rusted in the elements or vacation renters who noticed the toilet flapper needed replacing had to drive 8 miles north to Seaside (population 6,400).

Its location a block from one of Oregon’s most beautiful beaches—and the site of the towering Haystack Rock, as seen in the 1985 children’s adventure movie The Goonies—isn’t this small-town hardware store’s best-known attribute, though. It’s the bar. And this unconventional offering of tools alongside taps has landed it the nickname “the Screw & Brew.”

The idea came as a solution to a problem: Cannon Beach needed a local hardware store, but it couldn’t really support one. When owner Ryan Dewey’s dad told him about Foxy John’s Pub in Dingle, Ireland, a combo hardware store and pub, he thought if the model could work in one coastal town, it might work in another. 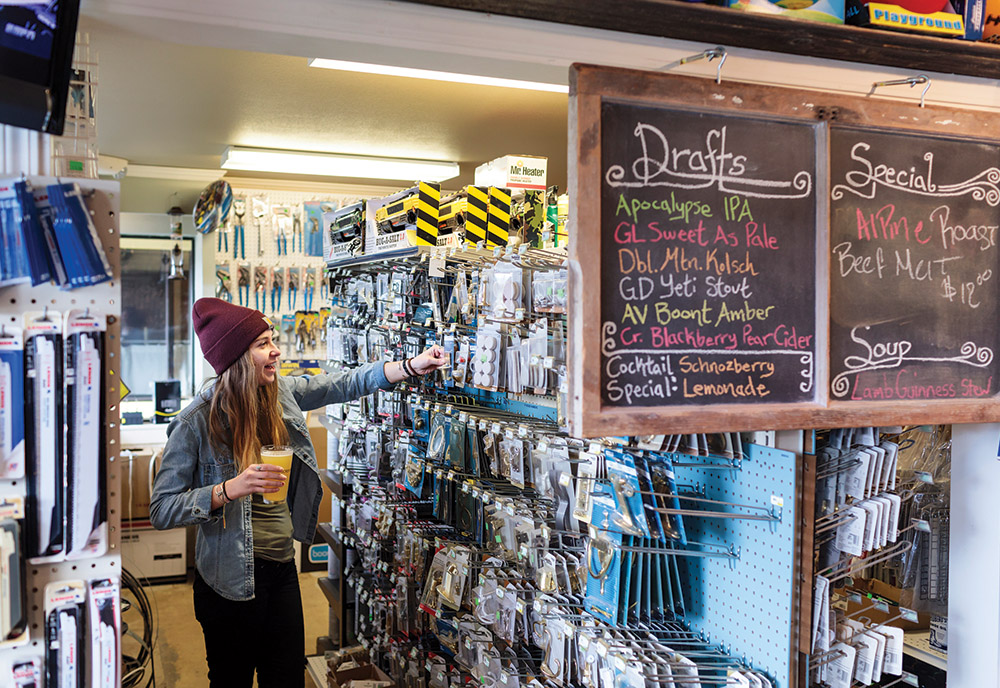 So far, the model has been a success. “The pub supports the hardware,” says mixologist David Kinhan. He puts sales at roughly 75 percent wet (including food) and 25 percent dry. Cannon Beach Hardware opened with just three taps, but as it became a local’s hangout and a tourist destination, that number doubled in a 2012 expansion. Among the six handles, patrons will find selections from coastal breweries like Fort George’s Sunrise Oatmeal Pale Ale, brewed 25 miles north in Astoria, and North Jetty’s Yellow Boots Kolsch, from across the Columbia River in Seaview, Wash. An old Coke vending machine behind the bar stores additional bottles and cans.

Cocktails are also popular here, though some regulars won’t order an old fashioned unless Kinhan’s the bartender on duty. Brian Taylor and his wife, Kelli, owners of local taffy shop Bruce’s Candy Kitchen, find themselves here “all the time” for random nut bolts to refurbish the taffy equipment. The third-generation taffy makers do a fair amount of their drinking and dining here, too. “A lot of us like it because of its good ambiance; it’s a fun gathering place,” Taylor says. “The people who work here are all good people who just want to have a good time in life.” Then there’s the eccentric draw to drinking surrounded by hardware. “It’s the oddity of it, too,” he adds.

In addition to classic fried pub fare (tots, calamari, wings), chef David Bonnett’s menu features raw oysters sourced from nearby Willapa Bay, and a Reuben sandwich made with pastrami smoked in-house. The best seller is the beer-battered halibut and chips. On rainy, wintry days, chef Bonnett designs a new soup. While root vegetable and curried lamb soup seems incongruous for a business that also sells the Bug-A-Salt—a fly swatter in the form of a rock salt-firing assault weapon—you can find those here, too, next to a bumper sticker that reads, “Life is too short to drink shitty beer.” ■ 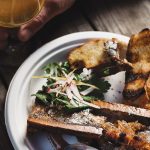 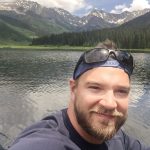