Who knew that joining a club could reduce your blood pressure?
Boulder, Colo., in the 1970s was a hippie town. Homebrewing was a popular pastime throughout the state with a vibrant community of enthusiasts. One of the most passionate was a schoolteacher, Charlie Papazian. He and his fellow hobbyists drank a lot of homebrew and came up with many wild ideas. The notion of creating a national organization first came to him and his friend Charlie Matzen in early 1977 over another homebrew and, with no business plan or experience, the pair let the idea ferment for a year. The eventual result was the founding of the American Homebrewers Association in 1978.

Their original mission was “to improve the character of the homebrew.” Papazian self-published the first Joy of Homebrewing as an 80-page instruction manual. The few homebrewing books around at that time, mostly from England, were impenetrably dense and intimidating. “We wanted to translate the available information and our experience and make it more accessible, presenting it in a way that people could relate to and understand.” But perhaps most important was that they wanted to emphasize that homebrewing was “enjoyable and fun.”

It was slow-going at first. Local acceptance was easy but many of the homebrew shops around the country they contacted were skeptical of the hippies from Boulder. The first year there were only 50 members. But there were also beer enthusiasts who were overjoyed and little by little membership grew.

When the bottom fell out of craft beer in the late ’90s, homebrewing suffered as well and AHA membership dropped steadily until 2003 when it began to climb once again. Today there are over 13,800 homebrewers in 620 homebrew clubs in every one of the fifty states, even the five where it’s still technically illegal to homebrew. A new club is formed almost every week.

The homebrew clubs form the backbone of the hobby. The clubs bring people together locally to help and support one another, share their experience and knowledge and, most enjoyably, drink one another’s homebrew. Most clubs meet monthly and some host joint brew days where members brew together. It’s the clubs that run local, state and regional competitions. Belonging to a club also often includes discounts at your local homebrew supply store. The AHA has a list of clubs at their website, homebrewersassociation.org.

There are around 250 homebrew competitions held each year, including the AHA-run National Homebrew Competition. The AHA also hosts six annual club-only competitions, allowing only a single entry per club, with winners earning points for the highly coveted Homebrew Club of the Year Award.

AHA director Gary Glass believes “it’s important to have a national organization to set standards, run sanctioned competitions and monitor legislative issues that affect homebrewers. No other entity could do that.” AHA membership also includes a subscription to the AHA’s homebrew magazine, Zymurgy; an email forum on technical issues, TechTalk; pub discounts for members, and other special discounts.

The AHA increasingly leans on professional brewers to help out with membership rallies, technical assistance and, more recently, with Pro-Am competitions. And with good reason, since today’s commercial brewers overwhelmingly started as homebrewers. So the resurgence in homebrewing is ultimately good news for the entire brewing world. No matter how you look at it, there’s strength in numbers. What are you waiting for?

Brew-On-Premise (BOP)
It’s like having your very own personal brewery, without the mess.

If the idea of buying lots of equipment, scrubbing it until you could eat off of it and turning your kitchen into a small factory doesn’t sound appealing to you, then perhaps a Brew-On-Premise (or BOP) is the way to go. It’s a simple enough concept: BOPs are small breweries where you can brew your own beer using their equipment, ingredients and expertise. For a relatively small fee, BOPs do all the heavy lifting. You choose the style you want, spend a few hours following the brewing steps and two or more weeks later your beer is ready to bottle and drink.

The BOPs’ heyday was in the mid-’90s, peaking around 1997 with nearly 100 locations across the lower 48. But the business model proved a difficult one to sustain and today there are only around three dozen left. They remain popular in parts of Canada and wherever high taxes on beer make them more about making cheap, duty-free beer. Here they’re more commonly a social event, a night out with friends. It’s more about DIY than cheating the taxman. Like homebrewing, BOP beer is for personal use and isn’t taxed, so long as you make less than 100 gallons a year (200 for a household of at least two adults) and don’t try to sell it.

The remaining BOPs are all doing quite well and their resilience seems tied to the personalities of the places themselves. Many of them also brew commercial beer and/or serve food. Just under half sell homebrew supplies. And a personal touch and those added extras make all the difference.

According to Mike Costello, who’s owned Sacramento’s Brew It Up! Personal Brewery [closed] since 1996, a successful BOP is “equal parts sales, customer service, brewing and entertainment.” The term “Brew-On-Premise” itself seems to have become passé, and virtually nobody uses BOP in their name or marketing. “Personal Brewery” or “Brew Your Own” captures the experience far better. Explaining what a BOP is proved difficult early on, but, as Costello puts it, “once you got the point across that it had something to do with making your own beer, everybody had their own story about friends, relatives or homebrew.”

For IncrediBREW in Nashua, N.H., building a great customer base has made them successful enough to expand twice since they first threw open their kettles in 1995. IncrediBREW hosts regular beer events where customers work in teams to produce a range of beers with a particular theme. In that way, each customer takes home a case each of six different beers instead of six of the same. “That’s proved very popular,” longtime employee Nate McNiss remarks. “Our regulars have even formed clubs and will rent out the entire place for the evening.”

Dave Eng, owner of Barleycorn’s Craft Brew in Natick, Mass., near Boston, originally visited some BOPs on the West Coast and thought it was “unique, a concept that would work well [in his area] where people had a good level of beer knowledge,” which he believes is “critical to the success” of a BOP. Like many places, he’s developed over 150 different recipes for customers over the nine years he’s been open, with new ones being added all the time.

The personal brewery concept may not be for everyone, but it is a great way to get a feel for the brewing process without the mess or expense of homebrewing. A few bucks and a few hours, possibly with a few friends, and you’ll have created your own beer made with your own hands. Priceless. ■ 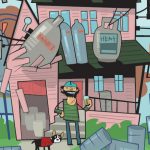 Previous: Brew Your Own Beer! 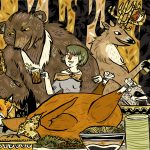