Leave the Abbey, Join the Playground: The Crucial Influence of Foreign Breweries on Belgian Beer 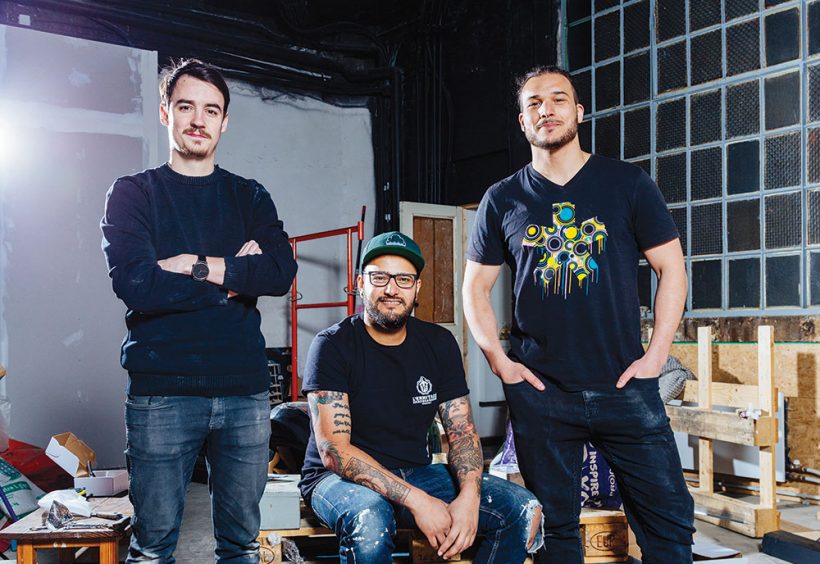 Given its proximity to Cantillon, you might expect Brasserie de l’Ermitage to be a Lambic brewer. You would be wrong. “We’ll brew an American Pale Ale, a hoppy beer dry-hopped with Citra and Jasmine flowers and green tea, and a hoppy Porter,” says founder Nacim Menu, whose new brewery will be a mere 200 yards from Cantillon on Rue Lambert Crickx when it opens this summer. But that’s not all. “Two wheat beers,” he adds. Witbier? “No, a white IPA, and another made with Sicilian grapefruit zest when it’s in season.”

Belgian beer is changing. Menu, 30, and his co-founders, François Simon, 27, and Henri Bensaria, 28, are part of a new wave taking inspiration from what’s happening across the Atlantic in the United States and across the channel in England. A nation whose remarkable beer culture was recently recognized by UNESCO appears to be falling for the siren call of India Pale Ale.

For some, this will seem tragic. Belgium, though, has always absorbed influences from elsewhere, whether it’s the English-style barrel-aging and blending that defines Rodenbach or the German-style lagering that produces the country’s most popular beers such as Jupiler and Stella Artois. In fact, this is the world’s greatest little brewing nation partly because it has been able to absorb the best of elsewhere and make it its own.

That process is well underway at Brussels Beer Project, the most visible manifestation of Belgium’s latest evolution. Located a stone’s throw from the Canal Bruxelles-Charleroi on Rue Antoine Dansaert, Brussels Beer Project has been criticized by some in the Belgian brewing community for what they see as an over-reliance on marketing and the fact that much of its beer is contract-brewed, at Brouwerij Anders in Halen, some 40 miles away. “We are not the sons or grandsons of brewers and we haven’t done it the traditional way,” says founder Olivier de Brauwere, pointedly.

De Brauwere, a Brussels native, and his French partner-in-crime Sébastien Morvan, both 33, don’t seem particularly chastened. Their brewery, which contains a 10-hectoliter (about 8.5 barrel) brewhouse where smaller-run beers are made, is plastered with slogans that are an unapologetic rejection of that criticism. “We Are Who We Are” is spread across one wall and ceiling, while, in the taproom, another wall reads “Hello 21st Century Goodbye Middle Ages.” On the brewery’s website, meanwhile, virtual visitors are encouraged to “Leave the Abbey, Join the Playground.”

“We feel that Belgium built its lettres de noblesse thanks to an uncompromising spirit of exploration, but that success can be a two-edged sword,” says Morvan. “This, combined with the weight of tradition, put some brakes on innovation.” And that’s something the owners of Brussels Beer Project can’t be accused of: they’ve produced 55 different beers since the brewery took flight in 2013. They use plenty of hops, but also pursue barrel-aging (32 barrels are stacked behind a glass panel in the taproom), and have brewed with flowers, fruit, tea, and bread. Moreover, they focus on collaboration, having drawn support and much-needed cash from a group of 2,500 crowdfunders.

All this adds up to a company that seems markedly different from the previous generation of Belgian craft brewers, such as De Struise or De Ranke, which first blazed a trail for adventure and experimentation more than a decade ago. It’s telling that when asked to name an inspiration, De Brauwere says BrewDog, the Scottish brewery that has changed beer in the UK with a fusillade of hops, hype, and bulldog obstinacy. Brussels Beer Project seems to be made of the same stuff. “They are doing an amazing job,” gushes De Brauwere about BrewDog. “They shook the market.”

The craft brewing revolution as we know it may have begun in the US, but the latest wave is reaching Belgium via the UK. Young Belgians can only dream about Russian River or Hill Farmstead; instead it’s London’s scene, nearby and teeming with intoxicating possibilities, that inspires them. “We are very influenced by the English scene,” says Menu. “The Kernel, Brew By Numbers, Beavertown, Anspach & Hobday … there are lots of American beers I’d like to try but I haven’t had the chance.” 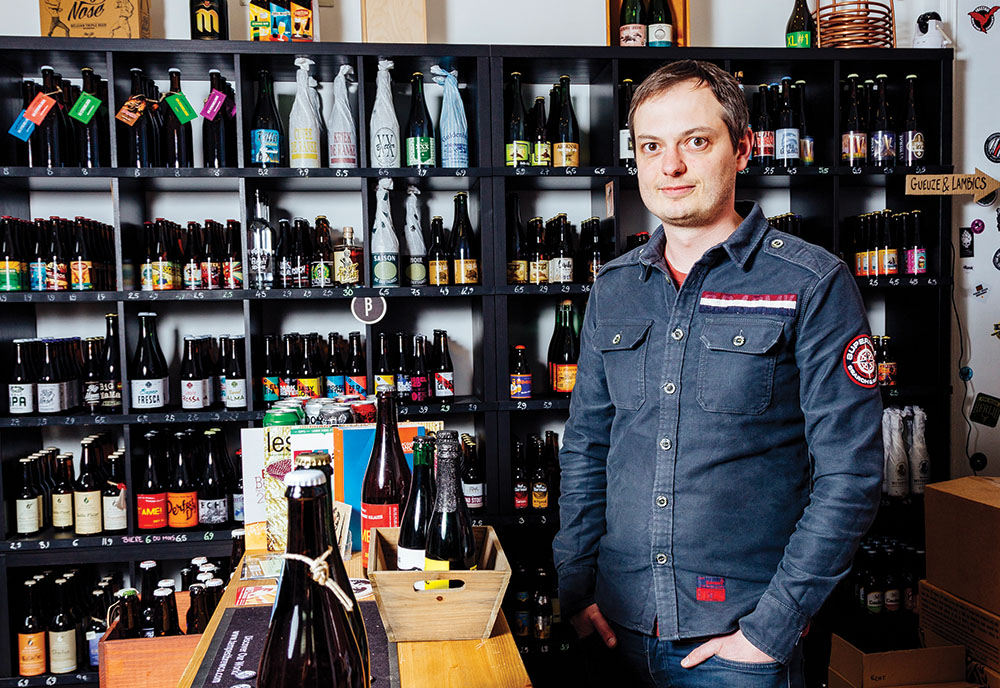 A visit to Malt Attacks, a bottle and homebrew shop on the elegant Avenue Jean Volders in the Brussels neighborhood of Saint-Gilles, makes his point clearly. Opened by Antoine Pierson in October 2014, it sells Belgian beer (but not Trappist ale) alongside offerings from around Europe, particularly Scandinavia and the UK. One day in early February, there were two draft beers available from the growler filler (the first, Pierson says, in Belgium): Wild Beer Madness IPA and Magic Rock Magic 8 Ball Black IPA, both of them brewed in England.

“Things have changed since I opened,” says Pierson, 36, who used to work as a data analyst. “Customers are much more open to international beer. Some people are really into hoppy beers but they want Belgian stuff only; when I tell them those kind of beers are mainly from the US or UK, and what they’re drinking is an interpretation of that, though, they are happy to try it.”

Malt Attacks is part of a growing number of craft beer bars and bottle shops scattered throughout the country. Led by Moeder Lambic’s two Brussels bars, this breed is as likely to sell you a bourbon-barrel aged Barleywine from Estonia as a classic Trappist ale from Chimay—more likely, in fact. Take Beerlovers’ Bar in Antwerp (whose self-conscious modernity is expressed in that recurrent craft brewing design motif, beer served from taps on the back wall), where you can pick up Põhjala Odravein (yes, an Estonian bourbon barrel-aged Barleywine) alongside the likes of De La Senne and Brussels Beer Project.

A liking for foreign beer is not all that modern, though. Simply walk across town to Antwerp’s superb city museum, MAS, for a reminder of just that: In the World Port gallery, visitors will find an 1887 painting called “A Sunday Lunchtime at St Annike,” depicting the city’s beau monde enjoying their leisure time. And what is the gentleman in the foreground drinking? Why, it’s a bottle of Bass.

Without Britain, Belgian beer today would be very different. That influence has deep roots. Chris Vandewalle is a brewer and historian in Lo-Reninge in the northwest of Belgium, close to the French border and not too far from the English coast. A very old book, containing British brewing techniques of the time, recently came into his possession. “It was published in 1812,” he says. “It’s in French but it’s a British book.”

Vandewalle makes traditional Belgian beers at his brewery, Seizoensbrouwerij Vandewalle (seasonal brewery Vandewalle), with recipes drawn from local history. Even here, though, less than 6 miles from the Trappist Abbey of Saint Sixtus, there is British flavor. “I am using Goldings, Challenger, and Target, English varieties, that are grown around here,” he says. “In the old days we were using the local hop in this area, but where is this hop now?”

Britain’s influence on Belgian brewing is pervasive, too, from Orval’s reliance on dry hopping, a technique attributed to John Vanhuele, to historical oddities like Martin’s Pale Ale and IPA. John Martin was a British businessman who came to Belgium in 1909; the importation business he established in Antwerp is still going strong today, having added Lambic brewer Timmermans in 1993 and the Waterloo brewery in 2014. “In terms of yeast, fermentation, and style, the British brewing tradition gave rise to the Belgian brewing tradition,” claims current owner (and John’s grandson) Anthony Martin on the company’s website. 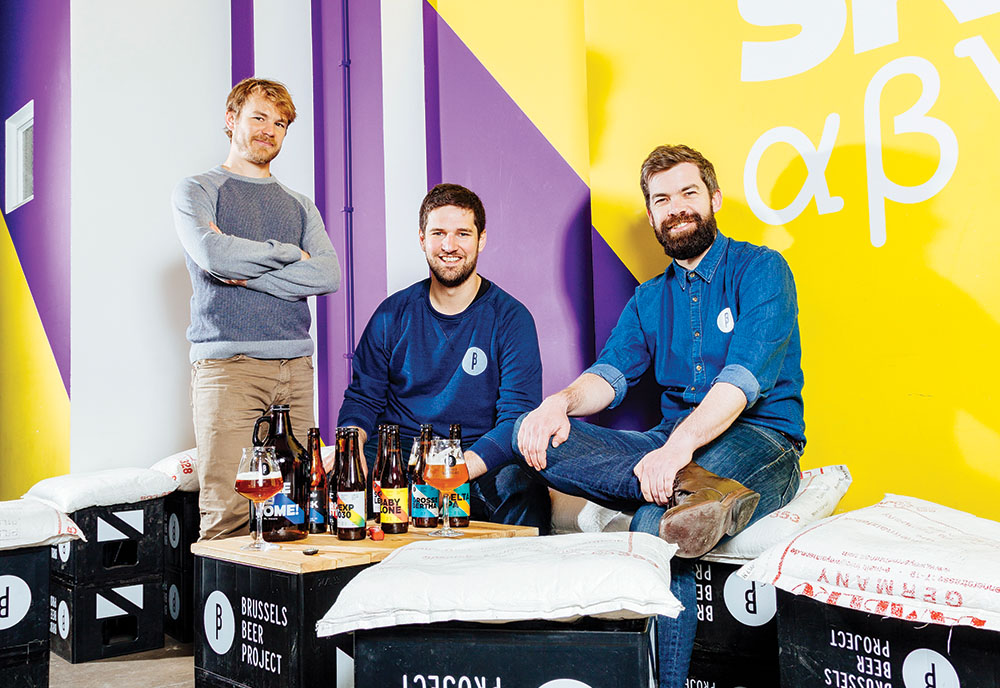 Germany has also had a huge impact, most notably in the form of the pale lagers like Jupiler and Stella Artois, which remain Belgian favorites. This influence began in the 19th century, according to brewer and author Jef Van den Steen. “Pilsner first came here in the 1880s and slowly it became popular—but then came World War I and so [there was] no beer anymore from Germany,” he says. “In 1928 the first Belgian Pilsner beer, Cristal, was brewed by Brouwerij Alken-Maes. Then in 1929 came Stella Artois, and then slowly the others started brewing Pilsner beers.” This included plenty of Belgian family brewers, such as Roman and De Brabandere, although even here the tide seems to be going the other way now as these family institutions rediscover their ale-brewing roots.

Perhaps most fascinating is the example of Spéciale Belge, which exhibits both British and German influence. It emerged in 1904 after the Belgian Brewers Union launched a contest to create a beer that could compete with those coming from abroad. Van den Steen, author of a recently released French-language book on this uncommon style, says it combined the most appealing aspects of British Pale Ale and German Pilsner.

More than a century later, Belgium keeps attracting a diverse variety of foreign interest. Danish brewery Mikkeller makes most of its beer here, at De Proefbrouwerij, close to Ghent, even if the majority of that beer is not drunk in Belgium. Then there’s the likes of Owa, a Japanese Lambic blender based in Brussels that uses yuzu fruit and Japanese plum, and newer still, Siphon, which has Belgian-Irish roots. Launched in July last year and based at a restaurant of the same name not far from Bruges, this five-hectoliter (about 4.25 barrel) microbrewery currently produces three core beers: a Saison, an IPA, and an Oyster Stout.

“We wanted to brew classic styles but also to push the agenda for different beer styles, but brewed with a Belgian temperament,” says Breandán Kearney, the 36-year-old Irish writer-cum-brewer who founded Siphon with partner Franklin Verdonck. Perhaps the most interesting of the company’s beers is the Cassandra Oyster Stout, named after a mermaid and brewed because Kearney couldn’t find one that lived up to those available in Ireland.

“I could not find a roasty Stout in Belgium that I really liked, not like those that Irish microbreweries are making,” he says. “But this beer is full-bodied, not 5 percent. It’s more like an Export Stout. I’ve come to realize that I want to brew a little bit in the Belgian style. I like the bottle conditioning, I like the evolution in the bottles, the carbonation—I like giving things a little more time.” At the same time, though, Cassandra relies on English hop varieties (East Kent Goldings and Challenger) and American ale yeast.

That is the story of Belgian beer in a nutshell: Its brewers may be magpies, but they ultimately make things their own. “When I was young in the ’60s, Dortmunder, a German type of [lager] beer, was very popular,” says Van den Steen. “The moment it had success here, the Belgian brewers did the same, and you can still find some Dortmunders here in Belgium. When we start, we copy, but then we give it a Belgian swing—and keep it going for ever, I guess!”

Back at Malt Attacks in Brussels, there’s a sense that Belgium’s next evolution is just beginning. As the owner of one of the best places to buy homebrewing equipment in Brussels, Pierson has a unique view into how Belgium’s succeeding generation of brewers is shaping up. Brasserie de l’Ermitage won’t be the only newcomer eschewing Witbier and Lambic. Expect more hops, is his message.

“A lot of people are brewing these hop-forward beers because that’s what they like,” he says. “There’s plenty of people still in that homebrewing phase, but talking about [opening] real breweries. The number of breweries in this city could double over the next few years. We’re at the beginning of something.” ■ 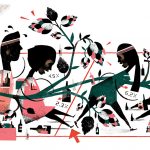 Previous: The Power Is Yours: Customizing the Drinker Experience 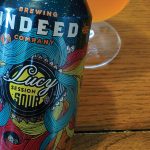