Bisphenol Pale Ale: Should You Be Worried About the BPA in Your Beer Can? 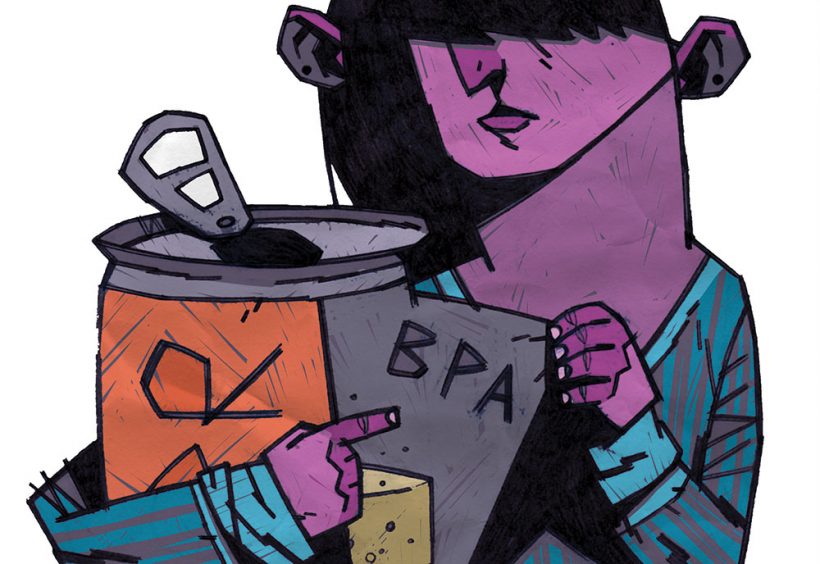 America’s gone crazy for canned craft beer. According to the Brewers Association, one in eight beers sold by US craft breweries today is consumed out of a can. Though bottles still make up the lion’s share of packaging among craft breweries, the popularity of cans—mostly among smaller companies opting for aluminum over glass—has increased dramatically in recent years. “It was 2 percent of craft volume when we benchmarked in 2011, and 10 percent in 2014,” says Bart Watson, the trade group’s chief economist.

Despite the popularity of the packaging, however, many drinkers have asked whether chemicals might be migrating from the containers into their beer. They’re not alone. For years, scientists, public health advocacy groups, and even some brewers have been investigating can linings and the chemicals they leach. The answers are far from simple.

Cans undergo a rigorous manufacturing process to ensure the consistency of properties like uniformity and strength. Before aluminum beverage cans are shipped off to a brewery, they’re also lined with a plastic force field—a layer of epoxy devised to protect the product inside from dings to the can as well as protect the can itself from a beverage that might corrode the metal. The vast majority of epoxies, which were first introduced after World War II, contain bisphenol A, or BPA, a synthetic chemical that is indispensable to can manufacturing because, when heated or cured, BPA cross-links the plastic to form a thin, even layer.

But BPA has a dark side. Biologically speaking, the compound looks eerily similar to estrogen, meaning it can act like estrogen, a powerful hormone, if it gets into the body. When ingested, tasteless and odorless BPA can disrupt biological processes and interfere with the reproductive and nervous systems as well as behavioral development, especially in infants with underdeveloped digestive systems that insufficiently metabolize the chemical. That’s why the US Food and Drug Administration has banned BPA from baby bottles, sippy cups, and packaging for infant formula.

For older children and adults, though, health authorities around the world have determined these epoxies to be relatively safe, as they only leach tiny amounts of BPA into food or drink. Those levels are tolerable, both federal agencies and can manufacturers contend, and no riskier to human health than the BPA we ingest daily from inhaling household dust, drinking out of plastic bottles, or handling receipt paper—all sources of BPA.

The public isn’t waiting around for the science, though, and in the face of rising customer fears, companies like Nalgene and Campbell’s have moved away from using BPA in their products. But the canning industry says it hasn’t yet found a BPA alternative that works as well as a resin coating or is commercially viable.

“The USFDA, the European Food Safety Authority, and other major food safety agencies around the world have concluded that the use of epoxy-based linings is safe for food and beverage packaging,” writes Scott McCarty, a spokesperson for Ball Corporation, the industry leader in can manufacturing, in an email. “Nevertheless, Ball recognizes that interest exists in new linings.” While Ball and other aluminum can companies continue to research cost effective alternatives, BPA-free beer cans don’t yet exist.

“Every aluminum beverage can has a BPA lining,” says Katie Wallace, assistant director of sustainability at New Belgium Brewing and chair of the Brewers Association’s sustainability committee. “For beverages, it’s the only option.” That doesn’t mean New Belgium isn’t asking can manufacturers like Ball to research alternatives, she says. “We talk with them regularly about this.”

While the canning industry has yet to find a stable BPA substitute that will leach less than BPA, they do acknowledge the public’s concerns and agree that more studies are needed. So do many brewers.

“Human exposure to bisphenol A is widespread and it does quantifiably leach into beer,” says Jaime Jurado, director of brewing operations at Abita Brewing, pointing to a Canadian study that measured BPA in eight of eight beer cans it sampled. In contrast, the study only found BPA in one of the eight beer bottles it studied. Still, Jurado says, just because you detect BPA doesn’t mean you’ve proven that it’s harmful. That area still needs more research. “Little information on the effects of BPA on development in humans is available,” explains Jurado.

Indeed, there’s a serious lack of science on the health effects of BPA and what has been studied leaves room for a lot of uncertainty. For one, the studies showing BPA’s adverse health effects have been mostly conducted on rodents and with very high doses of BPA, according to a 2010 report from the World Health Organization. It concluded that there isn’t enough research looking at prolonged low dose exposure of BPA in humans.

Jennifer Hartle, an assistant professor in environmental health at San Jose State University, is trying to change that. She’s studied BPA for years, pulling cans off supermarket shelves, testing their contents, and testing for BPA in the urine of people who consume them. Her results were wide-ranging: from high levels in canned soup to lower levels in canned fruit. What complicates matters further, Hartle says, is that different cans and packages leach BPA at different levels. “Even the same food, like green beans, can have all different numbers.”

But what about beer? The more acidic the beverage, the greater the chance it will degrade the lining, says Hartle, and that could cause BPA to leach out. With an average pH around 4, beer is generally fairly acidic. Unfortunately, levels of BPA in canned beer haven’t been extensively studied.

Samara Geller, a research and database analyst with the advocacy organization Environmental Working Group, agrees. “We don’t really know how much is making it into our bodies from drinking canned beer,” she says. But, she adds, a 2003 study out of Japan might offer some answers.

That study found high levels of BPA in the urine of 50 people who drank copious amounts of canned coffee and tea. “College kids were being exposed to high levels of BPA from these canned beverages,” says Geller, and those results raised enough eyebrows that real changes were made. “The government there actually coordinated with the can makers to try to reduce the levels of BPA in the epoxies and the population actually experienced a drop in the BPA levels in their urine [five years later].”

It’s a small study, sure, and canned coffee, despite having a similar acidity profile, is not canned beer. Still, at the risk of comparing apples to oranges, the results are intriguing, at least in that it helps frame the issue: Could beer also cause can linings to leach out BPA? The small Canadian study mentioned by Abita’s Jurado definitely suggests so. But until more research is done, consumers won’t know. “There’s definitely a lot of data gaps,” says Geller. What’s certain to her is that if BPA is indeed leaching out, it’s contributing to our daily, cumulative load of BPA and we don’t yet know when that accumulation will translate into adverse health effects.

“A lot of us eat canned food and drink canned beer,” says Geller. “That’s all adding up to your daily body burden for BPA. The concern is even if you have exposure from beer cans, it’s something we should be worried about in terms of cumulative exposure.” But, she says, we won’t know the effects of all that exposure—from receipts, from water bottles, from dust and from cans—unless we keep studying it. In the meantime, some say, why not invest more seriously in researching alternatives?

“The science around it is not definitive, although there’s enough of an indication that we should be exploring alternatives,” says New Belgium’s Wallace. “As an industry, we’re working towards that.” For Wallace, that means pressuring her can manufacturers to develop BPA alternatives her customers can stomach. In the meantime, Wallace says, “I still drink beer out of cans.” ■ 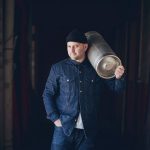 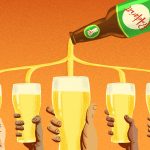