Where to Drink in Manchester, England 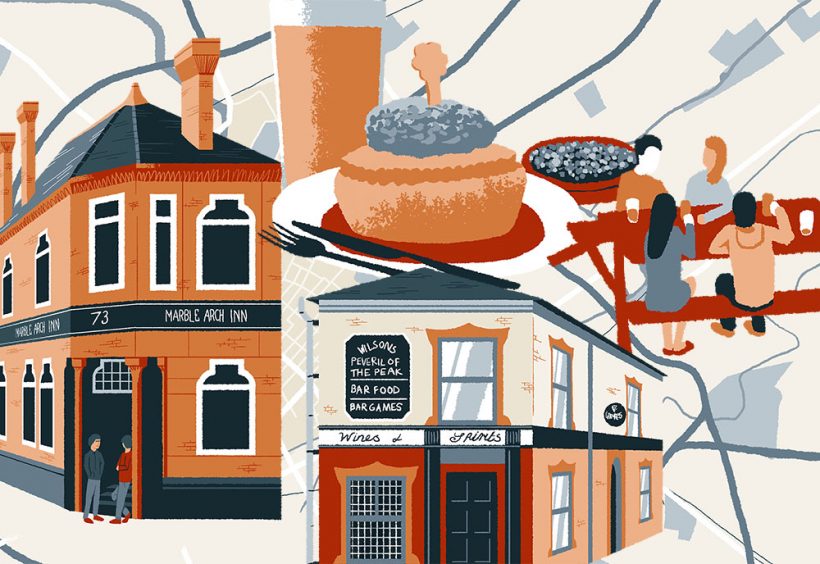 A few years ago, Manchester was a regional brewing behemoth in decline, albeit still graced with numerous great pubs. But in recent years, the city’s famed youthful energy and Northern attitude have found common cause with the advancing wave of beer culture, spawning a new generation of breweries and reinvigorating an already flourishing bar and restaurant scene. Even better, much of the beer action is conveniently concentrated in the compact and accessible city center. The selection below covers the unmissable highlights, but twice as many worthwhile stops exist within easy walking distance of Piccadilly Gardens.

The city’s history stretches back to Roman times, but Manchester today is largely a product of the Industrial Revolution. In the 19th century it expanded rapidly from a modest market town to the preeminent industrial metropolis of Northern England, one of the biggest textile-producing centers in the world, and a hub of Britain’s canal and railroad networks. That legacy is still visible today in the downtown area’s Victorian mills and warehouses, most now reclaimed for residential or office use. More recently, Manchester’s significance to popular culture has been secured as the city of Factory Records, Joy Division, and Oasis, not to mention two internationally-known soccer teams.

Worker bees, symbolizing industriousness, feature in the city’s coat of arms. They also appeared on the logo of Manchester’s most celebrated historic brewery, Boddingtons. Its unusually golden-colored Bitter was emblematic of a local preference for light, dry cask ales, and briefly enjoyed national brand status when marketed as “the cream of Manchester” in the 1990s. National brewer Whitbread closed ‘Boddies,’ as it was affectionately known, in 2004, and the legendary bitter is now only available in an undistinguished nitro version brewed by AB InBev a long way from home.

For devotees of traditional cask ale, several historic breweries mercifully survive, though their beers aren’t always easy to find in central pubs. Hydes Brewery’s 1863 Mild and Old Indie are worth grabbing if you see them. Joseph Holt Brewery’s characteristically austere Bitter is regularly available at the Hare & Hounds opposite Shudehill bus station, which also preserves heritage tiling and a fine 1920s interior. J.W. Lees’ city center flagship, stocking famed Strong Ale Moonraker and bottled vintage Harvest Ale Barleywine, is the Rain Bar, a modern makeover of a former terracotta-fronted umbrella factory. The most impressive central outlet for an old school brewery, though, is The Castle Hotel, a lovingly restored heritage pub in the Northern Quarter. It carries beers not only from its owner Robinsons Brewery (of Old Tom fame) but several other noted suppliers. 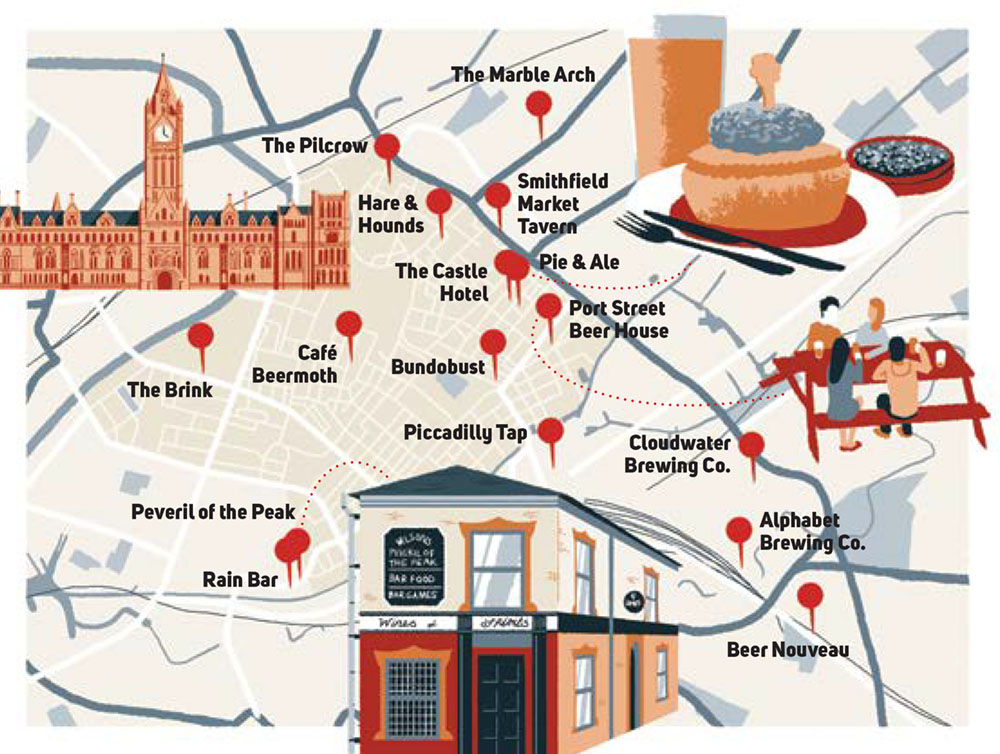 In a city rich in such architectural gems, the Peveril of the Peak, opposite the Rain Bar and unmistakable with its green ceramic-tiled façade, is the most exquisite. It only stocks four casks, including a local line from Seven Bro7hers Brewery, but its welcoming multi-roomed interior, with stained glass screens, serving hatches, and a spectacular Victorian fireplace, render it unmissable.

A former Marble brewmaster co-founded the city’s most talked-about new outfit, Cloudwater Brew Co.. You can visit its taproom, a short walk from Piccadilly station, Fridays through Sundays to book a brewery tour or taste rarities like the latest in a series of eagerly-anticipated DIPAs. Its unashamedly contemporary, US-inspired creations can be found alongside an extensive range of other beers at its newly-opened pub The Pilcrow, tucked away in a wooden chalet near Victoria rail station.

For truly local offerings, stripped pine basement bar The Brink prides itself on stocking beer and cider from a 25-mile radius—a welcome policy, as local beers are still not as widespread in the city’s bars as you might expect given Mancunians’ much-vaunted local pride. Look for city brewery The Runaway, Torrside Brewing from the Peak District, and RedWillow Brewery from Macclesfield.

A few steps north of the Victorian Gothic town hall is the spacious and contemporary Café Beermoth. Top British breweries vie for space with Belgian, US, and Scandinavian imports in the spotless cellar visible through a picture window behind the bar, and the mouth-watering bottled list majors on aged and cellared rarities. It’s an offshoot from the equally noteworthy Beermoth bottle shop in the Northern Quarter, the best place to stock up on take-home supplies.

On the northern rim of the rejuvenated, vibrant, and artsy Northern Quarter, veteran real ale outlet Smithfield Market Tavern has been given a welcome makeover by nearby brewer Blackjack: besides the owner’s products, several other local beers are on offer alongside a wide range from elsewhere, in a comfortably pubby atmosphere. Not far away, Port Street Beer House opened in 2011 as a pioneering new wave beer outlet, and is still delivering with over 25 cask and keg lines and a flab-free bottle list. In both, you might find beers from city brewers First Chop, which largely brews gluten-free, and Squawk, known for its Bean Brothers Espresso Stout.

Manchester’s eateries are upping the beer ante, too. At Northern Quarter hangout Pie & Ale, hearty, savory pies are dished up alongside six cask and over 30 bottled beers, many from locals like The Runaway and Track. Conveniently located between Piccadilly Gardens and the station, cavernous Bollywood-themed basement bar Bundobust, offers good value vegetarian Indian-style street food matched with an impressive 15 draft lines and nearly 100 bottles and cans.

Finally, the modest Piccadilly Tap in Gateway House, right outside the entrance to Piccadilly Station, is well worth seeking out, even if you’re not traveling by train. Its 25 draft lines invariably include Mancunian and other northern English brews, while the fridges are well-stocked with the likes of Cloudwater, Marble, and Saison Dupont, labelled with self-deprecating irony as “train beers.” ■ 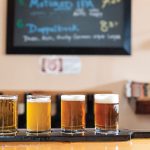 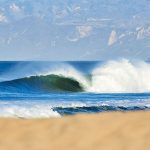