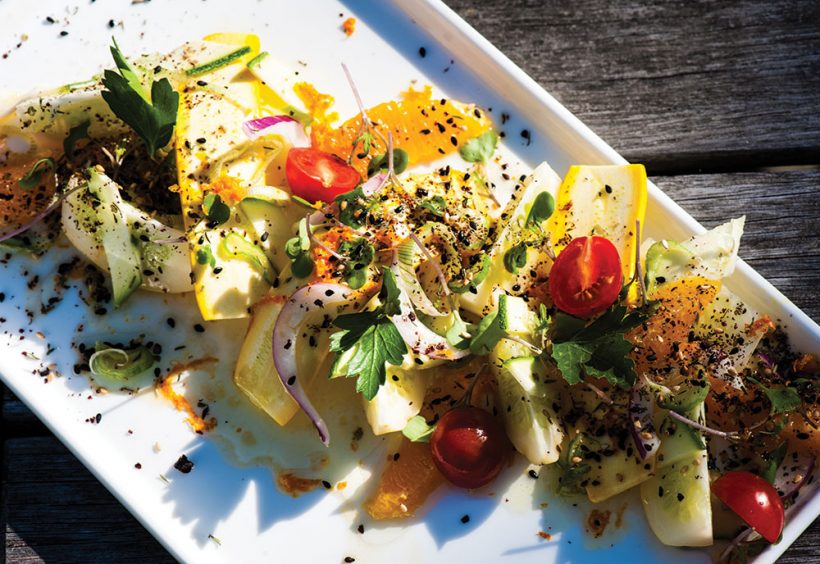 This month let’s celebrate diversity and find compassion for other cultures while we remember our own declaration of independence. I want to celebrate Middle Eastern flavors, because countries like Syria, Iran, Libya, Yemen, Sudan, and Somalia have a rich culinary and cultural significance. The cuisines of these six countries have similarities among their flavors and ingredients that can broadly be categorized as Middle Eastern. These are the flavors I want to celebrate. Culinary diversity makes our world special and our diets unique.

Homemade Za’atar
Za’atar, pronounced ZAH-tahr, is an aromatic seasoning blend as common in the Middle East as ketchup is in the United States. In Arabic za’atar translates to “thyme” and the seasoning derives many of its health benefits (such as antioxidant, antiseptic, and fungicide properties) from this herb. Oregano and thyme both share the essential oils thymol and carvacrol, which can help explain why some versions of this spice blend were given as a medicine to treat coughing and other ailments.

Different herbs in different proportions have led to variations from country to country, but the essence of za’atar remains very similar across borders. Herbal and lightly bright with an almost minty undertone, thyme is typically combined with oregano’s slight bitterness and deeper grassy flavor, marjoram’s slightly sweet herbal note, and tart, citrusy, yet earthy sumac—a shrub that produces a fruit that is dried and ground into a reddish-purple powder. This flavor is the backbone of za’atar. Sesame seeds often add texture and a slight nutty finish.

With the combination of these flavors, za’atar can be used on many different dishes and recipes. I enjoy the herbal flavors in za’atar, which remind me of some of the Noble hop aromas and some of the citrus-forward hops. From IPA to Brown Ale, slightly tart Gose or Berliner Weiss, and dry Saison and Pilsner, za’atar’s flavor characteristics work well with many beer styles. So whether it’s a dry mix or freshly prepared, this spice blend should be in your pantry to enhance the flavors of summer.

Dried Za’atar Directions
In a small bowl, combine the sumac, thyme, oregano, marjoram, sesame seeds, and salt (if using). This will result in a coarser texture. For a finer textured za’atar, add the ingredients to a mortar and pestle and crush the sumac, herbs, and sesame seeds together. When the consistency is that of a spice rub, it’s done.

Transfer the dried za’atar to a sealable jar and use within six months.

Fresh Za’atar Directions
Measure out the thyme, oregano, and marjoram leaves and mince them with a sharp knife. Transfer this to a bowl and stir in the sumac and sesame seeds, seasoning with salt, if using. The salt will pull some moisture from herbs, making the seasoning slightly damp. This version can also be made in a mortar and pestle to infuse the herbs into the other ingredients.

When refrigerated in a sealable jar, fresh za’atar keeps for up to a week.

Middle Eastern Cucumber Salad
This recipe is ideal for mid-summer. With farmers markets crammed with perfectly ripe ingredients, this bright, refreshing salad can be a side dish or a main course, as it’s full of texture, flavor, and zing.

Dressing Directions
In a small sealable jar, add the olive oil, malt vinegar, Pale Ale, citrus zest (using the fruit segments for the salad), salt, and pepper. Seal and give it a good shake. This dressing is best if allowed to sit for 30 minutes to infuse all the flavors together. Refrigerated it keeps for up to a week.

Salad Prep Directions
Wash and clean the vegetables. Cut the salt and pepper cucumbers into eighth-inch wedges, leaving the peel on. If you’re using a Persian-style cucumber, peel the skin, as it can be a bit thick. Seeds can be removed, if large and hard to chew.

Remove the ends of the zucchini and squashes. Using a mandoline, cut the squashes into long thin ribbons. A sharp knife will also work; just remove a thin strip and roll the squash onto this flat edge to help stabilize the vegetable before cutting into ribbons.

Peel the onion and remove the root end. Cut the onion in half through the center core. Lay each half onto a cutting board and slice the bulb thinly.

After the citrus has been zested, cut the ends off the top and bottom of the fruit. Using the tip of the knife, cut in an arch, removing the white pith and skin. Pick up the fruit, orienting the segments vertically in your palm. Take note of the membrane and using the knife, slice just the inside of the membrane, cutting to the center of the fruit. Next, on the opposite side of segment, cut on the inside of the membrane, creating a citrus supreme, free of any membrane. Repeat this step, with each segment, working your way around the fruit, until all the supremes are removed. The citrus can be served as is, or if a modern twist to this salad is warranted, carbonate the supremes to simulate beer bubbles. For this technique, visit chefs-table.homebrewchef.com/recipe/carbonated-citrus.

Remove the stems of the tomatoes and cut them in half lengthwise. Set aside.

Salad Assembly Directions
On a large platter or divided between individual plates, arrange the cucumbers in a row. Next, lay out some of the squash ribbons. Now add some of the red onion crescents. Be sparing if the onion is strong. Intersperse the orange supremes, sprinkling any remaining zest over the row of prepared vegetables. Place the tomato halves with some cut sides facing up and others down. Add leaves of Italian leaf parsley to give the salad a pop of color. If using micro greens, add these over the vegetables. Then re-shake the dressing and lightly dress the vegetables with a few spoonfuls of the vinaigrette. Last, but not least, sprinkle the Homemade Za’atar over the salad, giving the completed dish additional texture, flavor, brightness, and contrast.

This summer salad will pair with Pilsner, Pale Ale, IPA, Saison, Brown Ale, Gose, Berliner Weiss, or Blonde Ale. Serve with Middle Eastern pita or other regional breads, along with hummus, grilled or roasted meats (also marinated and garnished with za’atar) as well as some dips and dressings. ■ 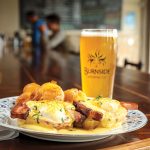 Previous: Kegs and Eggs: Across the Country, Breweries Add Brunch 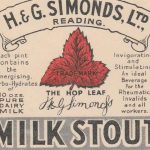