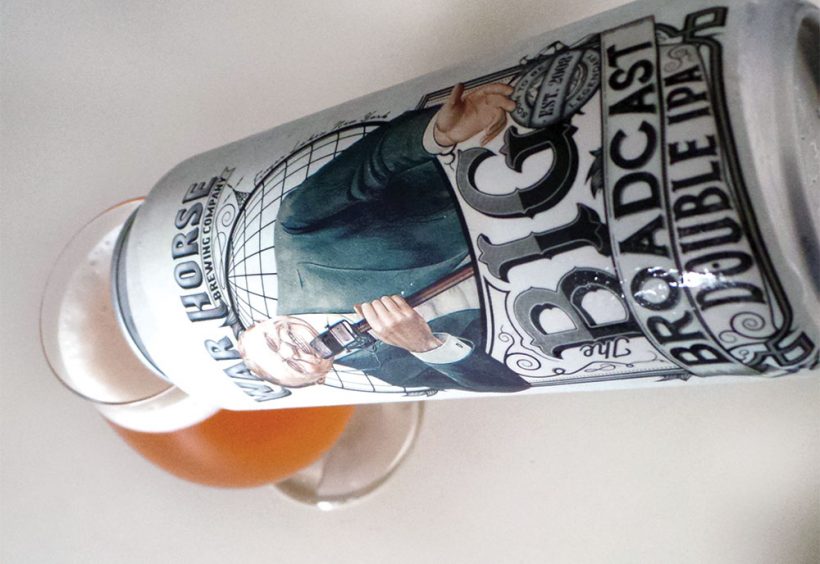 I’ll admit it; I’m a major hophead. So much of one that I’m always coming back to hops even after I get burned out on IPAs. The Big Broadcast DIPA is a great looking brew all around. It’s hazy, but some of this is clearly chill haze as it was nearly clear when I let a bit warm up. We aren’t seeing a colony of Sea Monkeys floating around. It’s super juicy with suggestions of quince, melon rind, passion fruit, green tea, and hemp seeds. The bitterness is at a perfect level to let the hop flavor shine while still keeping this brew in balance for the style. And the alcohol is noticeable right away yet it never drops hot on the palate. A sipper for sure, I easily finished off the first tallboy and wanted more even though I took my time with it.

A bit of background on the brewery: War Horse Brewing Company is owned by Three Brothers Wineries & Estates in New York’s Finger Lakes region. When I inquired about the name of this Theodore Roosevelt-inspired brew, partner Erica Paolicelli gave me the short answer. “Dave Mansfield, one of the owners here, named that beer. Dave is a huge fan of American history and a lot of the branding around the taproom and beers that we make at War Horse are a result of that. There may very well be another presidential beer in our future, [and] we’ll continue to name all of the beers [around] the theme of American history.”

With oceans of IPA in the market, I’m always interested in the brewer’s intention and how they will set their IPAs apart. First off, some of the hops in this beer are locally grown. But head brewer Tony Cordova says that’s not all. “A lot of personality goes into all of the beer we make. Anyone can write a recipe, but it takes great teamwork and technique to really make it stand out. When drinking great beer, there is always that ‘intangible’ that reminds you of something… or makes you think. […] I really think it’s our passion for the product.” I couldn’t agree more—you can taste the passion behind this brew as the juicy character just does not want to leave my palate.

While War Horse currently only self-distributes in the Finger Lakes area including Ithaca, Rochester, and Syracuse, it is looking to make large pushes elsewhere in New York. With a beer this good, Geneva is certainly worth a visit in the meantime. 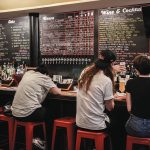 Previous: Mekelburg's: A Brooklyn Hideaway with a Focus on Gourmet Grub 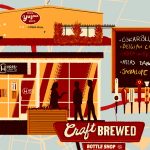