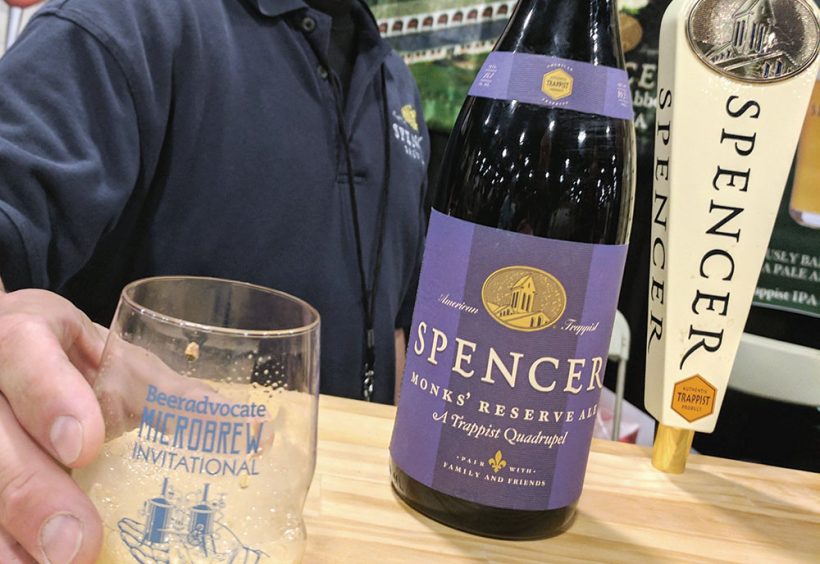 One of the first Quadrupels (Quads) that I can recall having was St. Bernardus Abt 12 at ’t Brugs Beertje in Bruges, Belgium. I still remember its warmth as I sipped from the chalice while Daisy (then the bar’s owner) explained the beer to me. Like most of these dark, strong, Belgian ales, it too was malty sweet, full of dark fruits, and a bit boozy. It also set the bar for my future Quad expectations.

Nearly two decades later, Brother Jonah Pociadlo, a monk at Saint Joseph’s Abbey in Spencer, Mass., would change my perception of what a Quad could be. Or rather what an American Trappist Quad could be.

Before the brewery opened in 2014, Brother Jonah was given the freedom to brew any recipe that he wanted. But his dark, strong Belgian ale wouldn’t see the light of day for years due to advice from their European brothers who urged Spencer to proceed slowly. In fact, it took another three years and 13 pilot brews to get Monks’ Reserve Ale in front of the International Trappist Association for tasting and approval. It was well-received, and also praised for being different.

“We wanted it to be recognizable as a Quad, but yet have something very special about it, and distinctive. One of the ways we wanted to get there was to really do it with the malts we were using, especially the specialty malts,” says Brother Jonah. Most Quads are primarily brewed with two-row pale malts, with a small portion of specialty malts to darken things up and adjust the flavor profile. But the grain bill for Spencer’s Quad is one-third specialty malts, with a good portion of Vienna to lighten the color and lend some body. And unlike most other Trappist Quads, Spencer didn’t add any spices.

Monks’ Reserve Ale debuted at our Microbrew Invitational in Boston, Mass., and I heard grumblings on the fest floor that it wasn’t good. But I was committed to trying it, and sampled three 2-ounce pours.

Dark brown with a creamy, tan head and clinging lace, it’s malt-forward like all Quads, with layers of dark fruits, chocolate, roast, toasted bread, and a dry, biscuity, husky, and almost astringent bite. The mouthfeel is smooth and creamy and the finish is smooth with a peppery heat toward the end that lingers. And yeah, the booze is there. At 10.2 percent ABV it does say “hello,” but the alcohol doesn’t whack you in the head while you’re drinking it. What I like most about Monks’ Reserve Ale is that it’s definitely not your typical Quad, which would’ve been easier for them to brew. It’s different. Done their way. And very American. 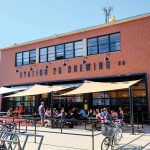 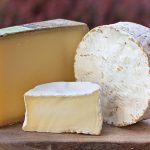