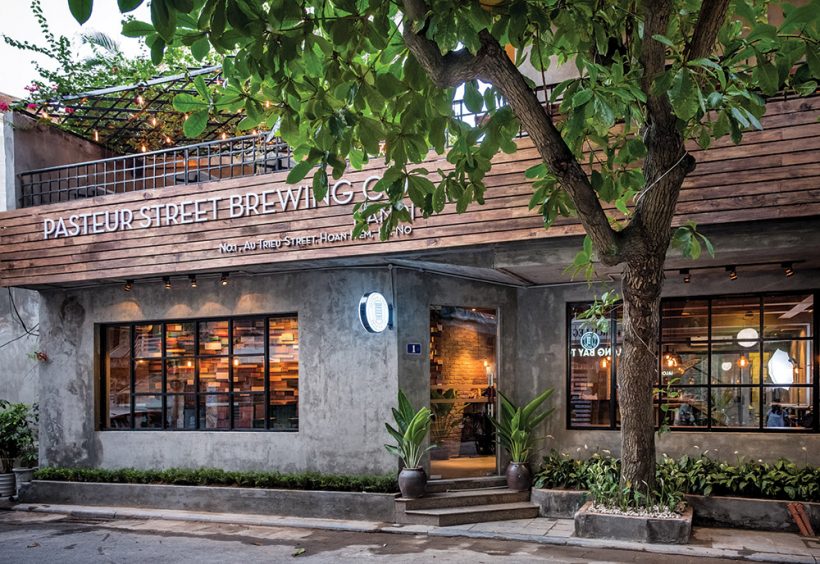 There’s a street for selling just about every kind of product or service in the Vietnamese capital of Hanoi. On Hang Bac, you’ll find silver jewelry, while Hang Duong is for desserts. There’s also coffin street, noodle street, and beer street. That last one isn’t surprising: Vietnam’s largest brewery, Sabeco, estimates that the country’s 90 million citizens will drink more than 4 billion liters (about 34.2 million barrels) of beer in 2017.

As of yet, there isn’t a Craft Beer Street in Hanoi, but Pasteur Street Brewing, a pioneer in Vietnamese craft brewing when it opened in early 2015 in Ho Chi Minh City (Saigon), can change that. The company just debuted a second taproom and restaurant in Ho Chi Minh City and opened a third spot in Hanoi in July. Although it won’t brew there, Pasteur Street will serve at least 12 draft beers, including Jasmine IPA, Passion Fruit Wheat, Dragon Fruit Gose, and Cyclo Imperial Chocolate Stout, which won gold at the World Beer Cup in 2016.

“Hanoi is craving craft beer right now. They have a few breweries, but none with restaurants and that pub-like atmosphere,” says general manager Brandon Watts, who moved from Colorado to Vietnam last spring to work for American founders John Reid and Alex Violette, formerly of Colorado’s Upslope Brewing. As the capital city, Hanoi was a no-brainer for expansion, Watts says. Pasteur Street already has 35 accounts there and it’s still growing.

So far, the majority of the brewery’s customers are expats from the United States, Australia, and Europe, but that’s changing. “The locals are coming around,” Watts explains. “It’s a status thing. If you are going out drinking with your buddies, you go for bia hoi [the local lager]. If you are taking a date out for dinner, you go for craft beer.” A few weeks ago, while comparing notes with one of the other dozen or so craft breweries in the country, Watts pointed out that “with the amount that the locals drink, if we can get just a tiny percentage of that, we will all be okay.”

In August, Pasteur Street will begin exporting cans of Passion Fruit Wheat to the US with Shelton Brothers. The brewery will start with Tennessee, Georgia, Florida, and California, but hopes to add other states and other beers by the end of the year. ■ 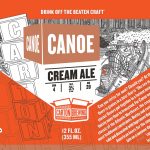 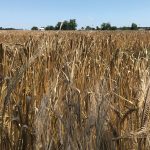