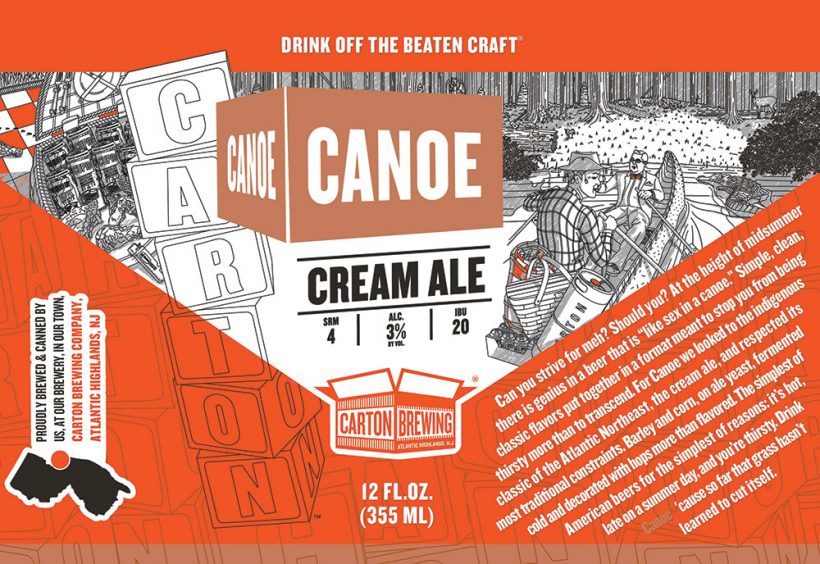 “What do American beer and making love in a canoe have in common?”

Who better to take on that question than the creator of Boat beer, the session ale that set New Jersey’s Carton Brewing Co. apart.

“I committed to Canoe at the suggestion of my friend and co-host on Steal This Beer, John Holl,” says founder Augie Carton. Holl told him “that since I made Boat, I should make ‘Canoe … you know, fucking close to water,’” says Carton, finishing the Monty Python joke.

So Carton created a split six-pack designed for a whole day’s “drinking arc” with both Canoe, a 3 percent ABV Cream Ale, and its stronger 6 percent counterpart, Rabaska. 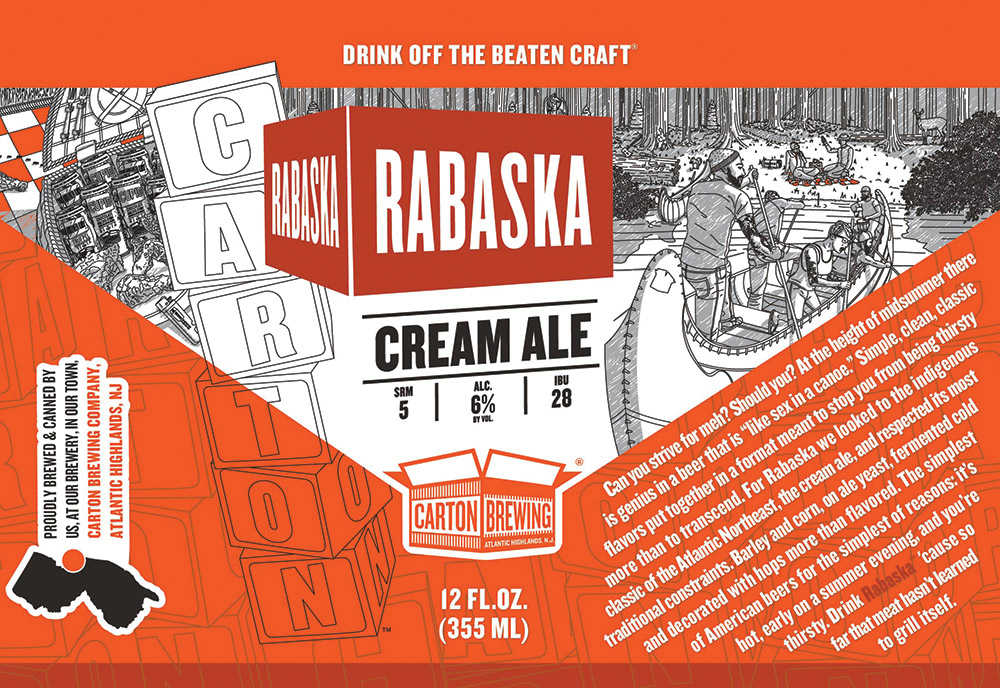 And what better way to thank Holl but to draw him into the can designs? “The Canoe can depicts John and me rowing to have a lovely picnic of fried chicken and romantic beers close to the water,” says Carton. “The Rabaska can shows me and John basking in the glow of a lovely picnic while all my brewers approach in a rabaska” (the Algonquin name for a large canoe used for trade on the rivers of Northeastern America, where Cream Ale originated).

Graphic designer John Glavasich helps to bring Carton’s black-and-white, collage-like illustrations to life with a layering technique. From the Jersey Devil wondering what the heck is about to go down in that canoe, to Carton wearing Eric Idle’s Australian cork hat from Monty Python Live at the Hollywood Bowl, Carton and Glavasich went back and forth adding “Easter eggs” into the Canoe and Rabaska designs.

Carton’s labels, like their boundary-breaking beers, are for the third generation of craft drinkers, explains Carton. “The first generation established what American craft beer could be, the second figured out what those beers would be, and the third is figuring out what they can be.” 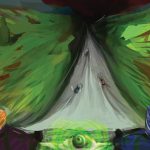 Previous: Boycotting Is a Slippery Slope 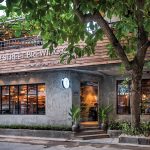