By Any Other Name: The Truth About Private Label Beers 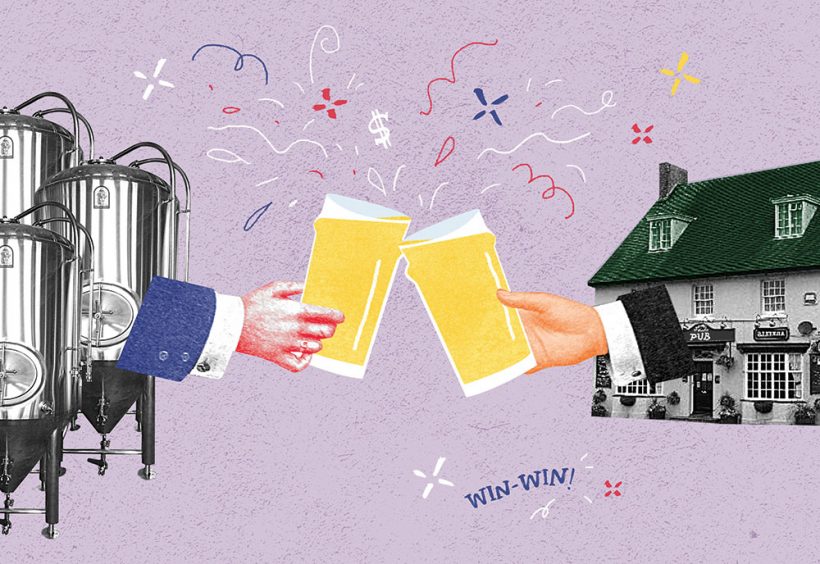 The British Beer Company has a large group of committed customers, those who come in seeking a pint of ESB or the latest cask beer offering.

But the small New England chain of restaurants, like many other businesses, is looking to expand its customer base. To help do that, BBC recently partnered with Jack’s Abby Craft Lagers of Framingham, Mass., to create a 20th anniversary beer, exclusively available at the 14 British-style pub locations.

“We’re not doing that for the people who are already here drinking Fullers ESB,” says Shane Egan, director of operations for the restaurant chain. “We want to attract more people in. If people are a Jack’s Abby fan, hopefully they’ll come in and try it. We want to attract new people who may not have been here before. I’ve definitely seen [our anniversary lager] drive sales.”

It might seem novel, but the practice of offering exclusive beers for restaurants or stores has been around for years. House, or private label beers, where a brewery brews a beer under a different name, have also been around for more than 100 years. The now defunct Burkhardt Brewing Company of Roxbury, Mass., partnered with the Boston Red Sox in 1912, brewing both Red Sox Beer and Pennant Ale for the team.

Some consumers, however, feel the practice can lack transparency. In February, for example, an Ohio man filed a class action lawsuit against Walmart, claiming the corporation’s exclusive line of beers brewed under the name Trouble Brewing Company is actually made by Genesee Brewery of Rochester, N.Y., which doesn’t meet the definition of a craft brewery as set forth by the Brewers Association.

In his suit, Matthew Adams claims Walmart purposely stocks beers from Trouble Brewing Company next to those from craft breweries to trick consumers into believing they’re made by a small, independent brewery, rather than Genessee. “Consumers are particularly vulnerable to these kinds of false and deceptive labeling and marketing practices,” Adams wrote in his suit.

However, the same practice has been used for years at the popular grocery retailer Trader Joe’s. It carries several proprietary varieties of beer brewed under a handful of labels including Steinhaus Brewing Company. Although a Trader Joe’s spokeswoman declined to speak about the beer, it has been reported repeatedly that Gordon Biersch Brewing Company, a large brewpub chain based in California, brews several of the grocer’s private label beers. Canadian brewer Unibroue also brews the annual vintage beer for Trader Joe’s.

Green Flash Brewing Company of San Diego has a partnership with Trader Joe’s, and recently brewed a 50th anniversary beer for the chain, but under the Green Flash brand.

“We think of these as collaborations,” says Erik Jensen, Green Flash’s brewmaster. “It’s celebrating something special. It was a super big honor [when] they asked us to do it.”

Green Flash has also partnered with other businesses. It brewed a limited-release Triple IPA for Yard House, a national chain of beer-centric restaurants that is one of the brewery’s biggest customers. According to Jensen, Green Flash West Coast IPA is a strong seller for Yard House.

“We want to be good partners with our retailers, and brewing private label beers keeps us in a beer buyer’s mind, potentially giving us a market we may not otherwise have.”

Yard House has an eight-year history of working with well-known breweries to produce house beers, which are exclusively available at its restaurants. It first worked with California’s Firestone Walker Brewing Company to brew several beers, including a House IPA and a House Hefeweizen. Now, it works with Uinta Brewing Company of Utah. Brasserie de Silly of Belgium also brews the House Belgian Amber Tripel.

“From the guests’ perspective, having private label house beers offers [them] a quality product and a unique experience, as they can only enjoy these offerings at Yard House,” says Gregory Howard, director of beverage strategy. “All of our private label beers brewed by Uinta are balanced […] so they can be enjoyed by the large majority of guests. Our House Belgian Amber Tripel is the exception as it is 9 percent ABV. From a business perspective, these brands are sales drivers and offer us a point of differentiation.”

Howard adds that the house beers are some of the most popular. The House Honey Blonde is Yard House’s No. 1 beer company wide, while the House IPA is its best-selling IPA. Meanwhile, the House White Ale and the House Belgian Amber Tripel are both top 25 beers annually.

“It’s a win for guest, retailer, and supplier,” he says.

Wormtown Brewery of Worcester, Mass., has brewed house beers for several local restaurants and bars across the state. One of its early forays was a rye Pale Ale, made for a well-known Boston restaurant group.

However, near the end of the 2-year relationship, sales slowed and the last few kegs of the 180 barrels Wormtown brewed were past their prime. Both sides were left with a bad taste in their mouth, says brewmaster Ben Roesch.

“There were definitely some bad feelings at the end of it due to the communications we had, and we both walked away from it thinking we both got the bad end of the stick,” says Roesch. “And that was sad, because they’re a good bar. We’re selling beer there again, but they didn’t carry us for years. That certainly wasn’t one that worked out.”

Currently, Wormtown doesn’t do any house or exclusive beers, and Roesch isn’t sure if he will again. The bar or restaurant would need to use the beer to help promote Wormtown, Roesch says, and it would also have to financially make sense for the brewery to brew on such a small scale.

“For me personally, and for Wormtown, [house beers] really weren’t a net positive experience,” he explains. “I think if your goals are aligned, they can be successful. Very often, the goals aren’t aligned correctly.”

For Jack’s Abby, though, its experience with the British Beer Company has been nothing but positive, says co-founder Sam Hendler. BBC was the first business to purchase a keg from the then-fledgling brewery in 2011, which made Jack’s Abby excited to brew the 20th anniversary double dry hopped India Pale Lager for them. So far, Jack’s Abby has brewed 80 barrels for BBC, and expects to brew one more 80-barrel batch by the end of the year.

“It’s a strong relationship and it was a good opportunity for us to build more relationships,” says Hendler. “A brewery like us doesn’t have an advertising budget. We depend on our partners to build our brands. The fact that their bartenders are going to speak to customers about us for months is huge—that discovery piece where people find out about us for the first time is big. It’s really a win-win for everyone.” ■ 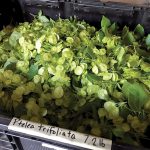 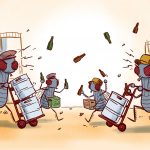