Lord of the Barflies 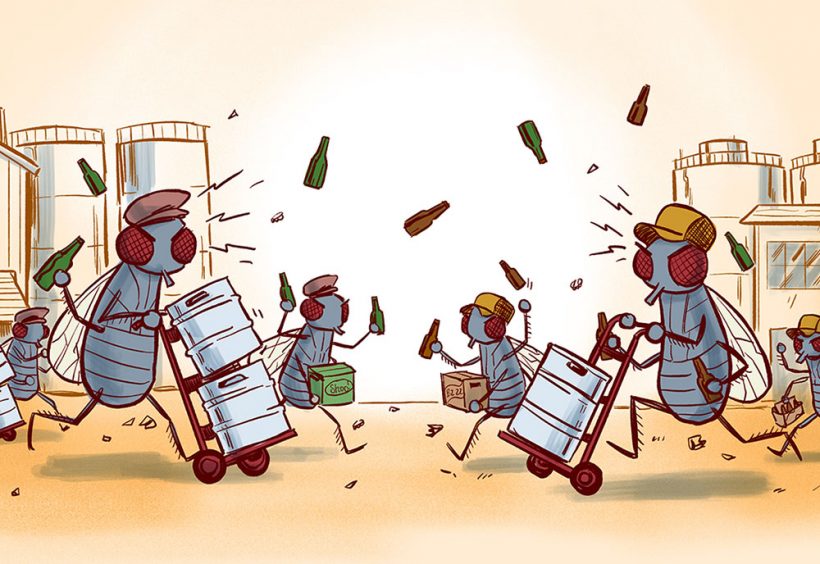 If beer Twitter had been popular in 2011, imagine the blisteringly hot takes that would’ve followed the sale of Goose Island to Anheuser-Busch. Even still, the deal exploded in the craft brewing world and quickly turned ugly. Conventional wisdom following the sale was that A-B would immediately dumb down the popular Chicago-based craft brewery’s beers, polluting their respected offerings with the bigger company’s special brand of bland.

Far from messing with Goose’s secret sauce, restricting its access to quality ingredients, or directing it to focus on more widely palatable beers and styles, the predicted nightmares never really came to be. In the Goose deal and those that followed, Big Beer didn’t embark on a cost savings expedition, but instead knew it had a valued commodity in need of nurturing. Goose’s Fulton Street facility modernized and expanded. The brewery intensified its focus on sour and barrel-aged beer production.

Much to the surprise of many naysayers, A-B didn’t buy Goose to kill it. Instead, the brewery’s growth has been explosive. The true success engine behind A-B’s High End division, Goose’s specialty and standard beers are used to promote America’s craft brewing renaissance in far-flung locations around the world.

It hasn’t all been perfect. While some talented brewers signed up to work for A-B’s Goose Island, others left to start their own breweries. The brewery’s core lineup, now brewed at A-B’s massive plants, often appears tepid and less interesting than it once did. Then again, so do many pioneering craft brands today.

But it’s another sign that craft brewing has won and flavorful beer is here to stay. Heritage light beers and their ilk remain popular, but are on the long-term decline. The big breweries remain cognizant of these trend lines and no longer wish to snuff craft rivals out in their cribs. That doesn’t mean they plan to play nice with their competitors.

Big Beer may not have changed craft brewing in terms of flavor, but it has certainly disrupted its culture. While always a business, craft brewing has never really been about the money. That made it an outlier in the American marketplace. Whether you produce apps or coconut water, the ultimate goal in most consumer product businesses is to be acquired by a larger entity. In craft brewing, that end result has always been regarded with a measure of disdain.

While the beer remains solid, craft brewery sales to Big Beer have left a wave of disruption in their wake. One result of these sales, whether intended or not, is to set the industry against itself. The craft brewing community, once heralded for its camaraderie and jovial spirit, is currently under siege from within as well as from larger market forces. With each sale, we witness a greater fracturing of that communal spirit. Eventually, consumers may see feuding craft brewers on one hand, and cheap, flavorful, craft-ish beer on the other, and understandably wonder: why does it matter who I buy from?

The big guys are dead serious now about playing hardball in the craft segment. Big Beer is no longer trying to kill craft. It’s trying to co-opt and own it. Things are going to get more difficult, more competitive for many brewers. This is all happening at a time when market conditions are quickly changing, with beer sales from craft breweries slowing considerably. It’s not quite Lord of the Flies out there, but you can start to see the islanders getting restless and picking fights. ■ 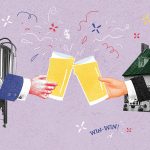 Previous: By Any Other Name: The Truth About Private Label Beers 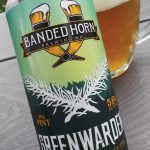