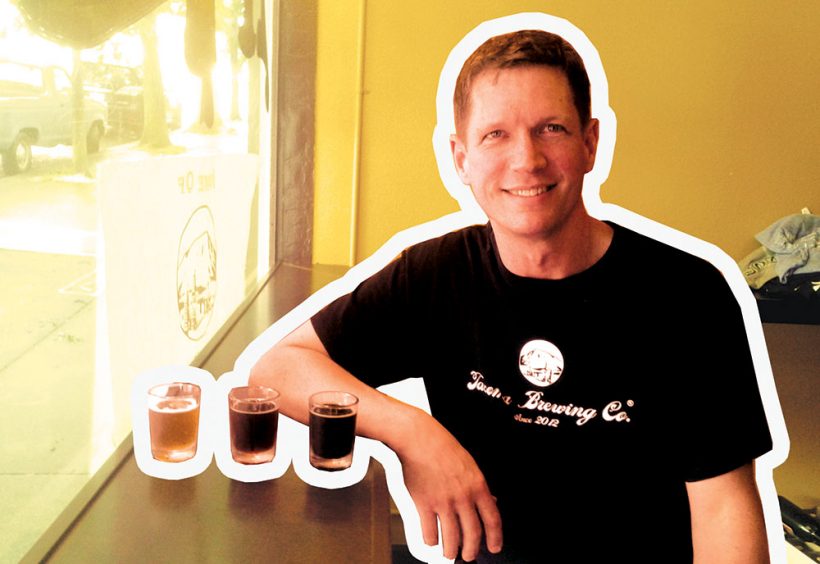 Tacoma Brewing Company was born as a side project out of a Tacoma, Wash., coffee shop, where owner Morgan Alexander sold his ales alongside his coffee. After 5 years of running the brewery like a commercialized homebrew venture and sweating out 10-gallon batches, Alexander moved into a new, larger space in May 2017. From the city’s historic Brewery District, he now has the fermentation capacity to satisfy demand for his bold, flavorful IPAs, and the elbow room to brew more of his sought-after Stouts and barrel-aged ales. “It’s definitely a labor of love,” says Alexander. “I like a good challenge. I’m stubborn. I don’t like giving up. For me, this has been all about the journey, and the people you meet along the way.”

1. Go modern
The first time Alexander tried homebrewing, nearly three decades ago, the hobby didn’t stick. “The craft beer wasn’t like it is today,” he explains. So he fell out of touch with beer for years. The rise of citrusy and fruity hops, however, turned it all around for him. He remembers tasting a Simcoe-heavy IPA from Seattle’s Georgetown Brewing Company that tweaked his palate in an exciting new way, and that one pint spiraled into a serious homebrewing habit that led him down the path to a commercial brewery.

2. Prove it
Before Alexander was a pro brewer, he was a coffee shop owner with a serious homebrewing habit. He initially moved his brewing equipment out of his house and into the back of the coffee shop to gain some elbow room. But once he started sharing the stuff that came out of the storeroom carboys, he says, “There was a lot more interest in the beer than there was in the coffee, and I decided to make the switch.” For the first year, Alexander ran Tacoma Brewing as a hybrid nanobrewery and coffee shop. “I’m cautious by nature,” he admits, “and I wanted to have a proof of concept that this could work.”

3. Work for it
Tacoma Brewing debuted as a cozy neighborhood spot on the ground floor of a residential building, where the coffee house vibe shone through. On the production side, that meant brewing in a back room without floor drains, poor temperature control, and little elbow room. He kept his 10-gallon homebrew system, and grew volume by adding dozens of carboys. “It was crazy labor intensive,” Alexander recalls. “Everything was manual—carrying buckets of water, wort, and carboys. It was a lot of work for not much beer.”

4. Survive, then prosper
After nearly three years of planning and hunting for space, negotiating leases, and construction, Alexander moved Tacoma Brewing into a new brewery and taproom in May 2017. “We survived, and now we have floor drains, and life is awesome,” he says. “Not brewing in a serving space has taken a lot of the stress out of brewing.” The 7,000-square-foot spot will allow Alexander to increase volume by graduating from his old homebrew system to a 2-barrel brewhouse, with room to grow his barrel-aging program exponentially.

5. Brew with distinction
Tacoma Brewing’s lineup leans heavily on ales dosed heartily with modern American hops. Among those hoppy cousins, though, Alexander aims to make his Pales and IPAs distinct from one another, and from the broad universe of Citra-hopped IPAs. To do so, he varies how and when he deploys hops by recipe, experiments with adjuncts and barrel aging, and makes sure each beer’s malt bill is pulling its weight. “I like experimenting with new flavor combinations, and playing with these different hops,” Alexander says. “Sometimes it works, sometimes it doesn’t, and sometimes it just surprises you.”

6. Break stuff
On paper, Broken Window IPA resembles a lot of beers in the Pacific Northwest: It’s a Red IPA hopped with Citra. “I wanted to take a different approach,” says Alexander. Instead of starting with an IPA and adding malt until it turned amber, he modified a Belgian Brown Ale recipe until it drank like a Red IPA. He heaps Citra on top of a blend of Belgian and German malts that drink cleanly, but linger pleasantly. “I’m not a huge malty beer guy,” he argues, “so if my beer is going to be malty, it has to be interesting.”

7. Appeal to the masses
Mo Pale Ale began its life as a Mosaic IPA that traded in fan service for hop heads. But Alexander felt the beer could be more than it was, so he dialed back the alcohol content, dumped piles of oats into the boil for body and mouthfeel, and held the hops out of the boil entirely. By adding them only in the whirlpool and dry hopper, he’s able to rein in the hop’s cattier notes, and let its full spectrum of aromas shine. The result, Alexander says, is a beer that he hopes “makes Mosaic appealing to the masses.”

8. Stay cold
Alexander is a coffee geek. But he meets his impulse to combine his two passions in an unexpected way, marrying coffee with his Simcoe IPA. He treats the coffee like a dry hop, steeping grounds after fermentation. Because Alexander chills his fermentors first, and then cold steeps his grounds, he’s creating a cold brewed coffee IPA—heavily aromatic and flavorful, but without any acid bitterness.

9. Embrace accidents
Alexander’s favorite beer, Cigar Box IPA, is one he created entirely by accident. What began as a nod to Cigar City’s cedar-aged IPA began to change unexpectedly as it aged on chunks of Spanish cedar. “After we’d left some in the aging tank, we realized, ‘Oh, it’s infected,’ in a good way.” So Alexander propagated the Brettanomyces that infected that first batch, and he still uses it to funk up his cedar IPA. “It’s a great sipper, with wave after wave of citrus and Brett,” says Alexander. “In the beginning, we were freaking out, but we’ve turned it around to be a good thing.” ■ 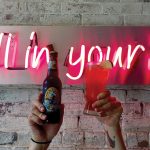 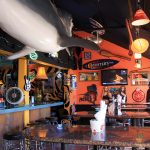