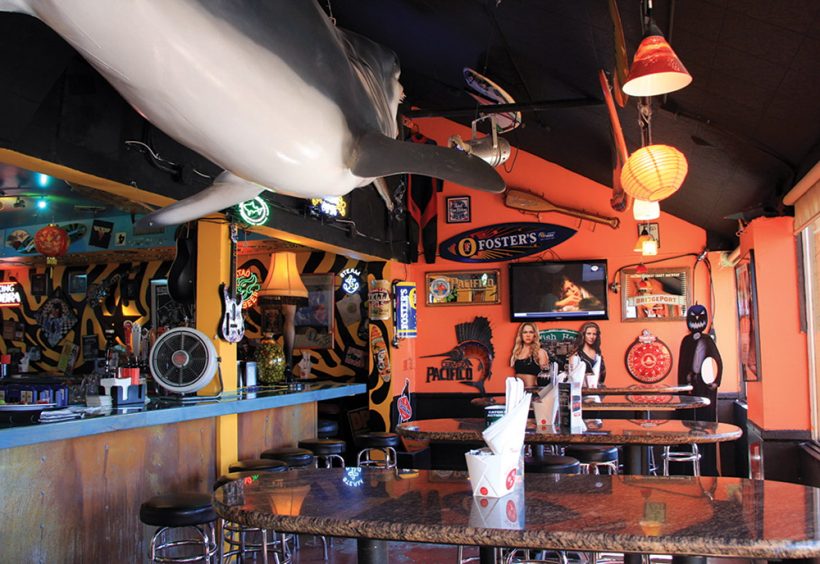 Those with an appetite for Chinese cuisine in Scottsdale, Ariz., are in for a surprise when they happen upon local institution Chop and Wok.

Chop and Wok’s personality is a reflection of its uber-energetic owner Jamie Mather, a Hawaiian-born surfer, punk rock singer, and beer aficionado. Mather is usually found behind the square shaped, 36-seat bar, which doubles as the center of conversation. Below a surf board painted with the words “Wok Star,” 28 of the bar’s 31 tap handles pour beers from a rotating selection of national craft breweries, like Upslope Belgian-style Pale Ale, Pizza Port Swami’s IPA, and Brooklyn Sorachi Ace, alongside Arizona locals such as Dark Sky Lemon Drop Saison and Borderlands Noche Dulce.

Despite the extensive tap list, beer wasn’t always a focus here. Thirteen years ago, Mather made a choice that changed the direction of his then-traditional Chinese restaurant.

“I love craft beer and am very passionate about it, so I wanted to incorporate it into our concept,” Mather explains. “We started first with just bottled beer, then took the leap to 11 taps. Since craft beer is so diverse and pairs very well with Chinese cuisine, we upgraded soon after to 31 taps.”

Mather got his start at Chop and Wok as a delivery driver at age 21, then moved into the kitchen. “Being a musician, I tended to party a lot and that led to me getting fired when I was 28,” he recalls. “Five years later, I pooled all my money, and borrowed more, to purchase the business from the very man who once fired me!” Fifteen years after that, Mather is the longest owner in the restaurant’s 31-year history.

The extensive menu includes classic Chinese American cuisine like won ton soup and beef lo mein, but Chop and Wok’s signature item is its “melt in your mouth” crab puffs. Mather’s favorite dish, however, is extra-spicy curry chicken over white rice. “Paired with a Saison,” he says with a smile.

Chop and Wok also features live entertainment ranging from traditional rock and punk bands, like Mather’s own group, Blanche Davidian, to hip hop acts such as The Collective.

“Chop and Wok is such a unique and cool place for a local craft beer with killer Chinese food to boot,” says Chip Mulala, the director of sales at Tempe’s Huss Brewing. “Many of us in the local beer community have counted on Chop and Wok’s support as a place for us to showcase our beers.”

Like its mash-up of music and décor, the Wok Star bar welcomes a diverse crowd of regulars and guests, from Scottsdale’s business elite to members of the local beer community and music scene to commingle and converse over a pint. ■ 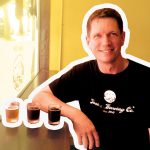 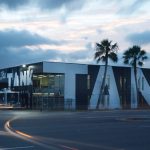