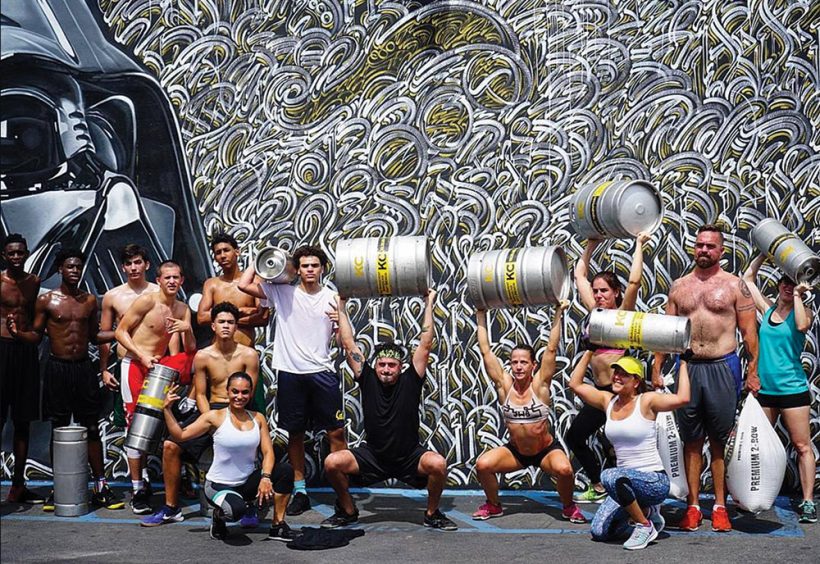 On a typical Saturday morning, Johnathan Wakefield can be found hoisting kegs out front of his brewery, J. Wakefield Brewing Co., in Miami’s Wynwood neighborhood. While it’s not a brew day, his efforts are still in pursuit of beer.

“We use kegs and grain bags in our workouts, since those are the heaviest items in the brewery,” says Wakefield of his brewery’s weekly group boot camps, which are followed by pints in the taproom. Hosted by Triple Threat Fitness or CrossFit Wynwood, the classes take place in the parking lot and incorporate sixtel and half-barrel kegs (empty or filled with varying amounts of water for increased difficulty) and 55-pound sacks of malt.

While everything from yoga to CrossFit has popped up in taprooms across the US, trainers have taken the concept to the next level by looking around the brewhouse for inspiration when designing routines. At Barbells at the Brewery, an annual summer competition by CrossFit Primal Energy held at Ecliptic Brewing in Portland, Ore., teams haul kegs stacked on a pallet across the parking lot. In August, Bridge the Gap Workouts hosted its first boot camp at Blueprint Brewing Co. in Harleysville, Pa., where exercises included throwing, lifting, and bench pressing kegs.

The concept has proven successful at Brewery Boot Camp in Aurora, Colo., where trainers incorporate a variety of beer gear into workouts held at area breweries. “Bottle caps are typically used to count reps and make team competitions, barrels can be used for a variety of things including push-ups, kegs are great for deadlifts, shuttle runs, overhead press, push-ups, etc., and grain bags are great to carry around and push on the ground,” says owner and trainer Lindsay Chavez.

Brewery Boot Camp got its start hosting events at Dry Dock Brewing Co. in December 2015, and has since grown to work with more than 30 regional breweries. Not only does hosting introduce a brewery’s product to a potential new audience, it aims to make fitness more approachable. “Working out in a brewery can somewhat take away that intimidation factor,” explains Chavez.

The events go to the core of J. Wakefield’s ethos, says its founder. “When I opened the brewery, I wanted to wrap in the idea that you can drink beer and still be physically fit,” Wakefield says. A handful of people attended the first boot camp in April 2015, but weekly attendance has steadily grown to over 20 people. It’s more than novelty that draws them in, Wakefield says. “Everybody comes, works out, sweats, and enjoys a beer or a few afterward. It’s a community effort.” ■ 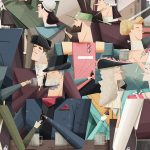 Previous: A Journey Through the Past: London Brews Porter Again 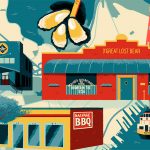 Next: Where to Drink in Portland, Maine
Tags: J. Wakefield Brewing