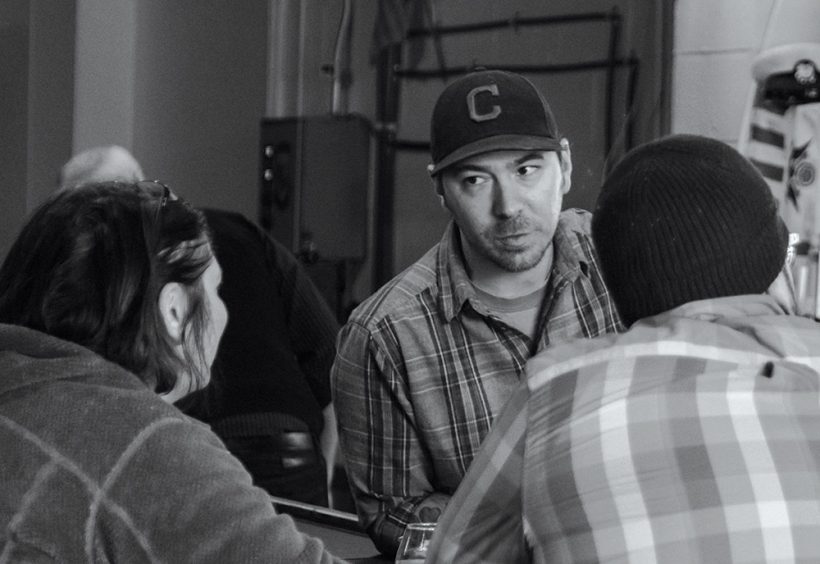 Karl Spiesman spent years ping-ponging between brewing beer and making wine. The utilitarian link between the two disciplines was in the cellar, where Spiesman tended to wine and beer tanks, barrels, and cold-side equipment. As a winemaker, he was able to learn brewing because good wine and beer were both grounded in a care for yeast, attention to time and temperature, and the primacy of quality raw materials. At Brick and Barrel, the Cleveland neighborhood taproom he helped launch in 2014, Spiesman applies those building blocks to classically inspired European ales, executed with a creative American sensibility. “Brewing is amazing, because when you wake up and go to work, and you’re smelling that brew in the morning, it’s like [grape] harvest every day,” Spiesman says. “You get to make something every day.”

1. Take a clean shot
Fermentation is the common thread in an eclectic career that’s taken Spiesman from his native Ohio to Long Island, Vermont, California, Oregon, New Zealand, and back to Cleveland. Winemaking taught Spiesman how to keep yeast happy, and how to clean up after the microscopic critters. Those skills let him move from grape fields, to brewery cellars, to the floor of his own taproom. “They didn’t care if I could make beer or wine,” he says of his cellar stints at Harpoon and Full Sail. “Can I clean stainless, can I take care of oak barrels? Once you’re in, they can teach you the rest.”

2. Revel in consistency
Spiesman never brewed at home. He learned to make beer while working at an industrial scale. The jump was eased because winemaking taught Spiesman how to taste beverages critically. “Honing your palate is a big thing,” he argues, and learning to taste beer among the consistent products of larger craft breweries, like Harpoon and Full Sail, accelerated that process. “I was getting clean beer to start with, every time,” Spiesman says.

3. Stay focused
As a self-proclaimed “Cleveland guy,” Spiesman was floored by the beer culture he encountered living in Portland, Ore. To bring that culture to his hometown, Spiesman and his business partners originally planned to launch Brick and Barrel as a combination brewery and urban winery, but ended up shelving the winery idea. “These past three years, we’ve tried to stay on an even keel and not go crazy,” he says, “and focus on the taproom, the beer, the materials, the process, and our employees.” Having dialed in that vision, Spiesman is now looking ahead, scouting for space to finally add that winemaking operation to Brick and Barrel.

4. Listen up
Brick and Barrel aims to be deeply rooted in its community. That means empowering the brewery’s customers to help shape its production schedule. Since launching in 2014, Spiesman has narrowed his portfolio, going deep on the styles his customers respond to the most. “I let people let us know what’s going on with our beers,” Spiesman explains. “We don’t force things. […] Because our overhead isn’t high, we can do it, and let growth happen when it’s supposed to happen.”

5. Work the small game
The decision to rely heavily on direct-to-customer sales, augmented by local draft accounts, flowed from the sheer volume of competition for limited retail shelf space. And the taproom model has freed Spiesman from the creative limitations of a massive production quota hanging over his head every month. “It’s about, What game do you want to be in, and does that make you happy? I don’t get excited about running a packaging line, and trying to sell on shelves.”

6. Dial “F” for flavor
Brick and Barrel’s direct-fire brewhouse would never allow Spiesman to consistently deliver a perfectly to-style European ale, so he worries more about dialing in the flavors he loves with the equipment he has. Taking inspiration from classic British, Belgian, and German styles, Spiesman seizes on certain characteristics to amp up “with the American blood running through my veins.” While he readily admits he’ll “never be 100 percent consistent,” he argues that “consistency doesn’t matter as much as quality and flavor profile. And we have every flavor dialed in.”

7. Play to your strengths
While Spiesman enjoys drinking classic Saisons, he knows his brewhouse isn’t an optimal delivery vessel for the style. So he created Noble, a Blonde farmhouse ale made with ample doses of Riesling grape must. Noble scratches that farmhouse itch while harnessing Spiesman’s winemaking skills and embracing what Brick and Barrel does best. “You get a Belgian that’s sweeter on the nose, like an ice wine,” he says. “It’s melony and grapey on the nose, like a white fruit salad, then you get the spicy phenolic notes from the yeast, and the minerality from the white grape. It’s really fun.”

8. Be authentic
Spiesman’s New England brewing roots shine through in his approach to IPAs. He piles on the bright aromatic hops, but he also favors assertive malt backbones. Brick and Barrel’s year-round IPA, Bitter Chief, layers Chinook, Simcoe, Cascade, Centennial, and Citra hops on top of caramel and wheat malt. “I’m probably not hitting the market [squarely] because I like malt so much,” he shrugs. The resulting IPA isn’t a juicy haze-bomb or a West Coast banger, and Spiesman is OK with that.

9. Go heavy
Long before he was a brewer, Spiesman fell in love with the rich, caramel notes of a Wee Heavy. Brick and Barrel’s McTavish Wee Heavy is significantly brawnier than the Scotch imports Spiesman grew up drinking, but his recipe hews closely to the style’s spirit: It’s an interplay between malt and a roaring brew kettle that comes alive in a cask engine. “It’s been rewarding, because it’s not a style you see a lot,” Spiesman says. “I love it, but I’m wary about all my recipes, and I’d stop brewing it if people couldn’t drink it, if they thought it was too big. The best feedback you can get is people loving it.” ■ 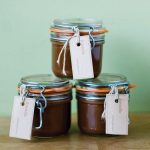 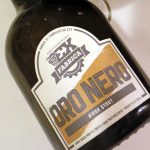