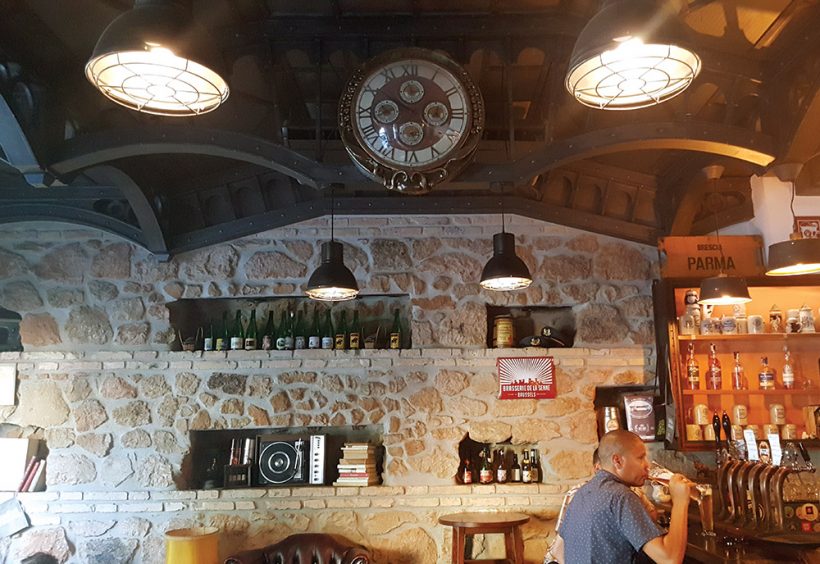 Every detail at Luppolo Station (luppolo is Italian for “hop”) is painstakingly made to mimic a Trastevere train station. Tracks and railroad ties are laid into parts of the floors. Intricate wood detailing on the ceiling emulates the Gothic-style trusses and vaulted ceilings of many European railway platforms.

“This place was stupendous. We had this target for something small, but the location was so beautiful. We fell in love with it immediately,” recalls Bruno.

Large brownstone brick arches frame floor-to-ceiling windows. Signs for train lines from Rome to other major cities hang from the ceiling. Through a small, brick archway, and down a few stairs, the space opens into a compact dining area that keeps the pub upstairs feeling full during the slower hours.

“Luppolo Station creates a great atmosphere and it reflects this neighborhood’s long history of having a train station,” says Bruno.

Above the bar, a mock flip-board schedule projects the ever-changing beer menu, showcasing options like Happy Pils from Hilltop Brewery in Bassano Romano, a village about 40 miles north of Rome, as well as IPAs from pioneering Italian brewery Birrificio Lambrate in Milan, or a Kriek from Belgium’s Hof Ten Dormaal.

But it isn’t just about beer at this station, says general manager Leonardo Leonardi. “Most pubs in Rome do pizzas, fried and finger food. We have those things, but also pasta and a pastry chef with homemade desserts.”

In fact, the menu includes many Roman dishes, like pasta alla carbonara or the popular supplí, breaded rice balls with mozzarella cheese inside.

Since opening in March 2015, Luppolo Station has attracted a diverse clientele. “Office employees come in for lunch,” says Leonardi. “We have tourists because of the B&Bs all around. In the evening, adults come for dinner, and after dinner hours, a young crowd sits on the wall outside drinking Weizens, Tripels, and IPAs.”

Beer lovers come here not just for the wide selection, but also for the ambiance and a bar staff that knows their stuff. “You find yourself at home,” says Andrea Turco, founder of the Italian beer blog Cronache di Birra. “It has a large and comfortable bar where I can speak to the well-informed bartender or move to a table downstairs and have my space or be a little more comfortable at the couch.”

Never veering off track, though, the focus remains on beer. “We’re notorious for our research of new breweries, for traveling Europe,” explains Leonardi, pointing to offerings from upstarts like Rebel’s Microbrewery, which opened in Rome last summer, and Poland’s Browar Artezan. “It’s our passion.”

And pubs like Luppolo Station support the country’s growing craft brewing movement. “We’re living in a truly historic moment,” says Bruno. “Because [until recently], in Italy, there’s never been such a thing as [craft] beer.” ■ 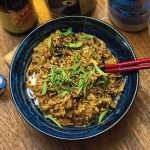 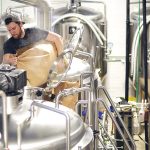