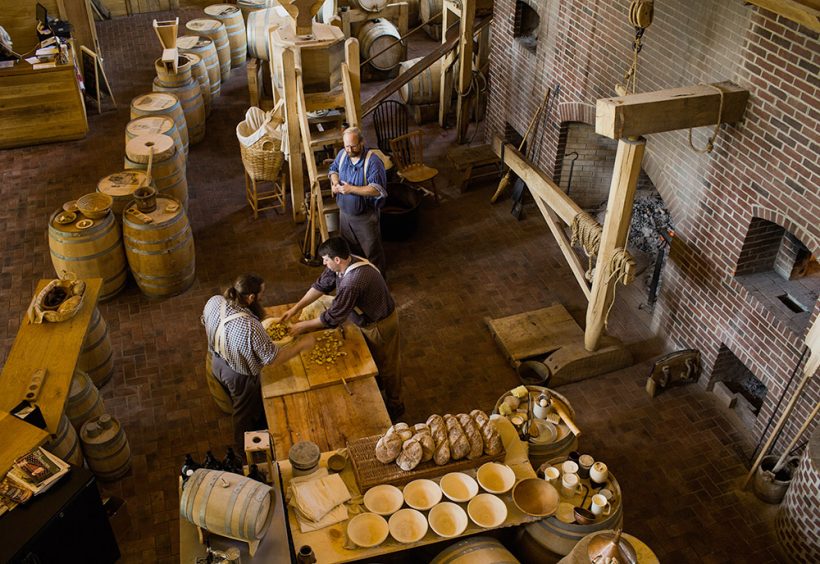 Before Carillon Brewing Company could open on the grounds of Carillon Historical Park, a history museum in Dayton, Ohio, in 2014, founding brewer Tanya Brock spent over a year researching every facet of 19th century brewing. A period-correct wood and brick barn was erected, and a tiered, gravity-fed brewing system was built atop a series of wood-fired brick ovens to heat the copper mash tun and kettle. Carillon is no ordinary brewery. It’s a living museum to brewing techniques that haven’t been used in over a century and a half.

Brock has since moved on, and her former assistant Kyle Spears is now Carillon’s head brewer. When Spears graduated with a degree in history from Ohio State, he never imagined he’d be a professional brewer. He’s still a historian, though, only his research texts are now long-forgotten beer recipes.

A brew day at Carillon finds Spears and his assistant brewers—all in period dress—chopping wood for the fires, hauling grain in woven baskets up a staircase to the mash tun, and hand-ladling wort for the sparge. Carillon uses only heritage six-row malt, and roasts it in-house over the same fires that heat its kettles. The beer ferments in young oak barrels, and a potpourri of resident microorganisms provide a lactic tartness and some rustic funk to several of the beers, which include a sour Porter, a coriander ale, and a Berliner Weisse.

Carillon is one of several breweries that exist not only to brew interesting beer, but to educate the public about the history of brewing, too. Spears regularly lectures at local colleges on historic brewing techniques, and the brewing system is fully visible to diners and drinkers, who often watch from the restaurant while sipping the anachronistic brews. For $150, visitors can even sign up to be assistant brewers for a day (period costumes are optional).

The Carillon team took inspiration from Black Creek Pioneer Village in Ontario, Canada, whose “Brewer for a Day” program has been a tremendous success since it launched Black Creek Brewery in 2010. While Geri Smith, the Village’s head of public relations, says they’re required to make a few modern concessions to keep the fire marshal happy—their kettles are heated by gas rather than wood—the brewery still offers a glimpse back at earlier days of brewing.

Head brewer Ed Koren uses recipes straight out of the history books to create Black Creek’s beers, which often include honey and botanicals from the Village’s apiary and garden. And everything ferments in wooden barrels. The brewery has also become a place to hang out after evening historical demonstrations such as archery and ax throwing. “What goes together better than ax throwing and beer?” teases Smith.

In Virginia, Frank Clark, head of the Historic Foodways program at Colonial Williamsburg, might not do any ax throwing, but he has been brewing with early American methods since 1994. He uses primitive equipment to brew recipes taken from 18th and 19th century brewing manuals, though Clark has had to update these recipes to account for improvements in modern malts—one of his first tries yielded a formidable 14 percent ABV Porter. However, unlike his peers at Carillon and Black Creek, Clark benefits from having coopers Ramona Vogel and John Hallman on site to craft barrels and brewing tubs. The pair took over in 2016 from Jim Pettengell, who was among the last coopers to work for Whitbread Brewery in England.

When Clark began brewing at Williamsburg he had few places to look for advice, but the encouragement he did receive would make many modern brewers envious. “Fritz Maytag and Michael Jackson became leaders of the new beer movement, but they were still interested in helping a random, unknown museum guy to find the history of beers past,” he says.

In 2010, Clark began partnering with nearby Alewerks Brewing Company to brew historic beers like Old Stitch, a Brown Ale, on a larger scale. Four different Colonial Williamsburg beers are now bottled by Alewerks, and can be found at the brewery’s taproom as well as Williamsburg’s taverns.

Farther up the Atlantic coast in Washington DC, the Heurich House Museum is working to resurrect that city’s hoppy history. German immigrant Christian Heurich (1842–1945) operated the largest brewery in the city before Prohibition, and through the research of a few historians and the help of a local craft brewery, DC drinkers are now getting a delicious history lesson.

Michael Stein and Peter Jones of the blog Lost Lagers sifted through Heurich’s purchasing records at the Smithsonian to recreate his century-old lager, and after some experimental homebrewed batches, approached Heurich House with their findings—and their beer. The museum team was so impressed they pursued a partnership to have the beer professionally produced by DC Brau Brewing Company. Heurich Lager sits at a crisp and zippy 7 percent ABV and features a higher hopping rate than most craft adjunct lagers today. “There is really nothing like this beer out in the local market,” says Stein. “It’s stronger than most Pilsners and Cream Ales, and lighter-drinking than most Bocks.” The canned beer’s vintage-style label mimics the pre-Prohibition design. It’s been a big hit around DC, and has brought more attention to the museum, which features public tours three days a week and includes exhibits about the long story of brewing in the nation’s capital. 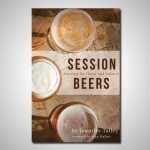 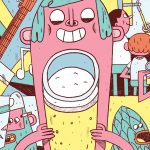