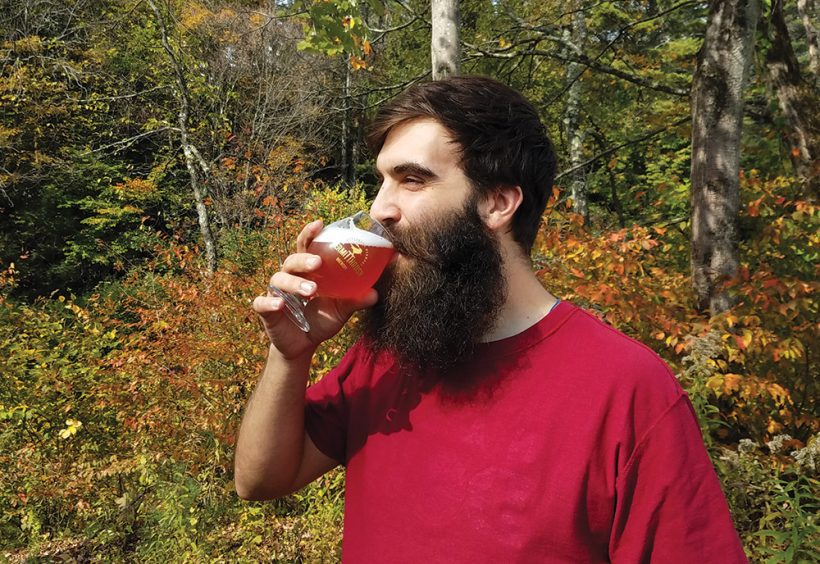 Christophe Gagné’s brewing philosophy is simple: “Mother earth is good, and nature is better at things than I am.” Belgian brewers, he argues, “approach recipe formulation more like writing a song than figuring out how to bake a cupcake.” Hermit Thrush Brewery, the Brattleboro, Vt., business Gagné co-founded in 2014, follows a similar path, showcasing local microorganisms by nurturing more than a dozen house cultures of wild yeast and bacteria and embracing spontaneous fermentation. “We allow the region’s microflora to define our brand,” he says. “My favorite thing is getting someone in the tasting room who has just had 40 different DIPAs … but they’re making this one last stop. And they say, ‘Oh my God, this is the best beer on the trip,’ because there’s nothing else like it.”

1. Chase mystery
Gagné came to homebrewing after working as a cheesemonger and as a sous chef in a farm-to-table operation. The hot side of brewing felt familiar, but he found what came after—the pitching of yeast and the transformation of wort into beer—to be mysterious and wonderful. He was puzzled, however, by the industrialized way most American brewers treated yeast. He wondered, “Why does Belgium have all this particularly good yeast? Or are they the only culture keeping alive a Zen approach to beer; an acceptance of not having complete control in the behavior of yeast?”

2. Work—and drink—the long game
Once Gagné realized he could make sour beer at home, he quit brewing anything else. His basement became a beer cellar, filled with second-hand oak barrels that served as vessels for experiments with fruit and mixed-culture fermentation. “The hardest part was the patience,” he recalls. “You spend all weekend to fill these big barrels, then you don’t get to touch that barrel for a year. It was brutal.” He harvested wild cultures, spontaneously fermented beer in different environments, selected intriguing strains for blending, and then nurtured the critters into a house culture that remains Hermit Thrush’s workhorse to this day.

3. Let yeast do the driving
“I find infinite fun in the complexities of yeast,” Gagné says. “You can [replace] any ingredient in beer, except the yeast.” It’s the ingredient that ties all fermented beverages together, while also differentiating them the most. He says using a coolship is “admitting that all we do as brewers is make a home for the yeast we employ in the production of alcohol and flavors. […] Brewing is just controlling the wort, so you get the right group of yeast and bacteria to do the rest.”

4. Find a supportive environment
Gagné and his Hermit Thrush co-founder Avery Schwenk are old college buddies from Philadelphia. The duo set up shop in Brattleboro because it supports their vision for a brewery focused on wild American ales. Brattleboro is “fiercely political, ecological, and ethical,” Gagné says. Locals know, and support, quality beer. And, most importantly, Brattleboro sits at the confluence of clean rivers that nurture plenty of beneficial microorganisms. “We sampled the wild yeast here before we moved, and it’s really good. Vermont takes care of its water. […] That has a huge impact on our beer.”

5. Embrace a Zen mindset
At Hermit Thrush, Gagné embraces techniques like kettle souring, pitching house cultures of yeast and bacteria, and spontaneous fermentation. He nurtures 14 different mixed house cultures, and ages beer in a variety of wooden vessels. “We’ll look at the next few weeks—what the weather is, what ingredients are seasonal, and incorporate that into our offerings,” he explains. “We don’t do a lot of steering. We mostly just follow. That’s the Zen of the practice, following where the beer needs to go.”

6. Revisit the old playground
Supah Phunk, a rotating wild ale series, is a periodic blend of the most interesting beers aging in Hermit Thrush barrels. “It’s my playground, to keep up the experimentation that made me fall in love with sours in the first place,” Gagné says. Aiming for complexity, he works across various vintages, oak types, house cultures, and barrel temperatures. “I want each individual flavor to be below the point where it’s obvious. […] The blend should be totally transporting, and unlike any single flavor you’ve ever had.”

7. Throw a changeup
Emphasizing local yeast over all else helps Hermit Thrush stand out in a crowded local market that produces some of the country’s top-rated IPAs. So when Gagné does use hops, he has to nail it. Enter Green Street Sour IPA, which adds locally sourced tropical hops to a kettle sour mash that drives lemon notes from a citrusy strain of Lactobacillus. “We still have those hoppy flavors, but now they’re lemony, bright, and quenching,” Gagné explains. “It’s sort of like grapefruit juice in beer form.”

8. Go local, deeply
Brattlebeer, Gagné’s flagship ale, combines locally harvested yeast, locally sourced apples, and aged local hops to create a beer that couldn’t exist anywhere else in the world. It embodies Hermit Thrush’s approach to brewing: If a simple malt bill, local fruit, oak foeders, and the bugs floating around the air of the Connecticut River Valley can combine to make this bright, funky, delicate slice of vanilla cake in a glass, why brew beer any differently? “Brattlebeer wouldn’t taste like that,” Gagné says, “if we were buying apples from a commodity supplier or yeast from a lab.”

9. Move beer off the grid
“I hope our ecologically minded practices mobilize people to think about climate change,” Gagné says. To offset its environmental footprint, Hermit Thrush brews with renewable energy and sources all of its hops and fruit locally. And because wild ales don’t need refrigeration, there’s no energy spent on fermentation and storage. “In tandem with the overall American renaissance in craftsmanship, people are caring more about whether their product is made locally and ethically,” he adds. “It’s the craft sector’s duty to American citizens to continue to push the boundaries around how low-impact we can be.” ■ 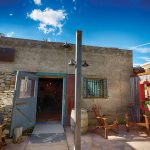 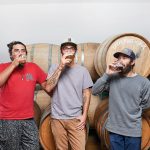