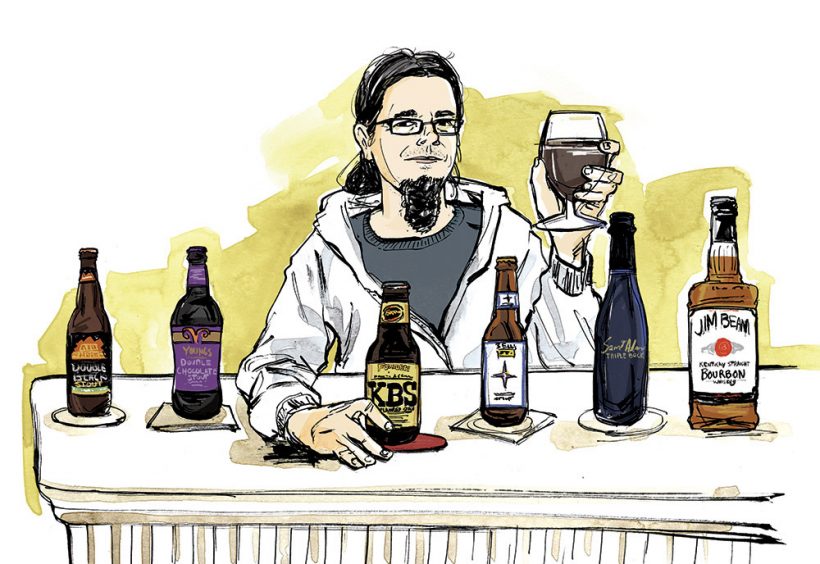 Before there was KBS, there was Breakfast Stout—an 8.3 percent ABV chocolate coffee Oatmeal Stout. It was based on a homebrew recipe that my brewing mentor, Nate Walser, and I had done before we were in the professional game. [Founders] first scored a couple of used bourbon barrels in the early 2000s and thought Breakfast Stout would be a fun beer to try aging. It produced some amazing flavors, but it was a bit on the thin side, and the coffee and chocolate flavors had become muted due to the time spent in the barrels and the dominant [bourbon] flavors. So we increased the malt bill and doubled the chocolate and coffee for our next trial, and KBS was born.

We brewed a very limited volume of this beer for the first few years, and even when we decided to put it in bottles (2003), it was still a small enough amount that we sold it exclusively in our taproom. It literally sat on our cooler shelves, basically untouched for months. Not many people knew about barrel-aged beers and most weren’t willing to spend big money on a four-pack. Fortunately, there were a few die-hards that appreciated it, and, thanks to the internet, word got out that this was a fun beer worth checking out. Things took off from there, and, within a few years, people were lining up around the block for the annual release of KBS.

Redhook Double Black Stout
This was a great beer and an even better value. I remember buying 22-ounce bombers of this for less than $3. [Double Black Stout] is probably the beer that showed me the potential of what coffee can do in a Stout.

Young’s Double Chocolate Stout
Much like what Redhook showed me about coffee, Young’s got me thinking about chocolate. [This beer has] unbelievable chocolate sweetness balanced by dark roasted malts.

Bell’s Stouts
No doubt, I fell in love with our neighbors from Kalamazoo at a young age, and their Stouts in particular were a big inspiration for me. I love those thick-bodied, full flavored offerings like Double Cream, Kalamazoo, and Expedition [Stout].

Sam Adams Triple Bock
Surely the most outrageous beer I’d had back in those days, and probably the first example of an oak-aged beer that I’d tried; groundbreaking stuff for the mid-1990s. I just drank my last 1994 bottle last year. It was… interesting.

Jim Beam
I didn’t get to try many high-end bourbons before I started barrel-aging beers (young brewers are generally, you know, poor), but I’ll credit my pal Jimmy with turning me on to the glory of bourbon. I have other go-to bourbons these days, but back then, Beam was always available, affordable, and consistently tasty. ■ 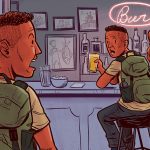 Previous: Have We Been Here Before? 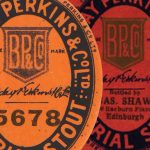