Make it good to the last drop 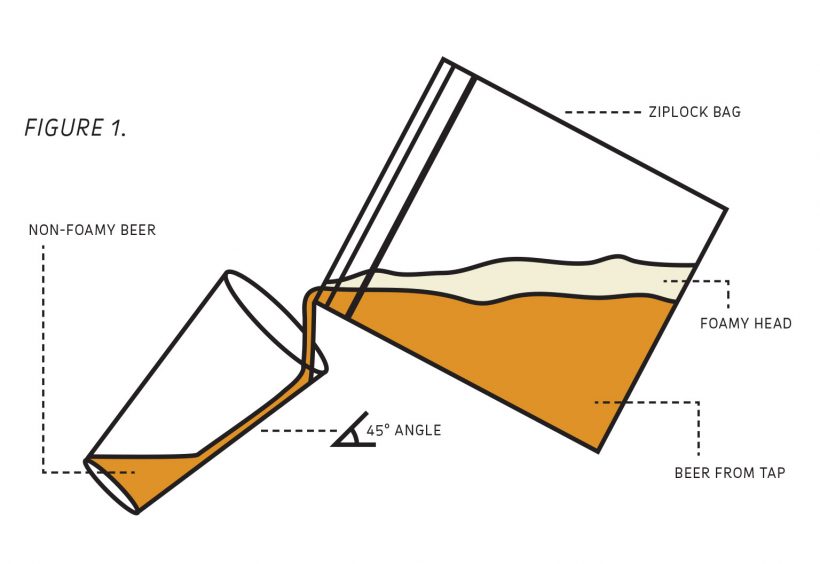 Any advocate of good beer knows the heartbreak of too much head.

A bit of foam’s a good thing, of course, but there are those times when even the best-crafted beer is just too frothy. When the head takes up most of the glass, the suspense while waiting for the foam to subside can simply be too painful for some impatient souls. And yet, most attempts to reduce the overly enthusiastic bubbles just seem to make a mess, create more foam or, worse yet, waste good beer.

What’s an impatient yet conservation-minded beer lover to do?

That’s right, those boxed bastions of the brown-bag lunch, those classic, plastic sandwich savers, the denizens of the dark freezers—and yes, the urban dog owner’s number one choice for cleaning up during Fido’s walk—have a secret life as a magic foam-to-beer separator. And a cheap one at that.

The “baggie trick,” as it’s called by people in the know, was created about eight or so years ago when a Portland, Ore.-based beer lover named Bob Brewer (how could you have that name and not love beer?) was awaiting the first pour of that year’s freshly released Sierra Nevada Celebration Ale.

When it was presented to him, it was mostly foam.

“The glass of my favorite beer on earth had a 3- or 4-inch head,” Brewer says. “I was pissed, because I was urgently anticipating my first taste of Celebration of the year.”

But Brewer decided not to get mad, he got Glad (to coin an old TV commercial). And, as he tells it, he was struck by divine beerspiration.

“I had some clean dog-poop bags (to pick up after) my Weimaraner, Kluge, in my back pocket and just pulled one out,” Brewer says. “I opened the bag and poured the entire contents of the mug into it. I zipped it mostly closed—leaving approximately 1 inch open.

“I asked the guy sitting next to me to hold my glass at a 45-degree angle, and I poured the beer back into the mug—about 6 inches of it. I handed the glass back to bartender and asked her to fill it up. She gave me a semi-dirty look and glanced at the baggie on the bar top filled with foam, but she filled my mug to the rim, and I enjoyed my first heavenly sip of Celebration for the year.”

Brewer credits his background as an atmospheric chemist and chemical oceanographer in helping him problem-solve his way into the plastic bag.

“At UCLA, I used Ziplock bags to help collect samples of deep-earth gas called primordial methane,” Brewer says. [Reporter’s note: Great name for a band.] “We were collecting deep-earth gas samples from all over the world, and I designed a way to use baggies to purge collection bottles of ambient air.”

So, from Earth farts to beer bubbles isn’t too far a stretch, apparently, but how does the baggie trick work?

“Gravity. Bubbles float. Denser liquid sinks,” says Brewer. “When you tip a baggie, all the beer collects in the bottom corner, and foam floats on top of it.”

Brewer says the application can be utilized in a number of different sudsy scenarios and has road-tested across the country.

With the universal importance of his discovery, Brewer says he can’t understand why he hasn’t been on Leno or Letterman yet. But, in the end, it’s all about saving the ales (and lagers).

“My biggest gripe is at pubs, where, many times, pitchers of foam are poured down the drain trying to get a good pour,” Brewer says. “I’d love if they would pour those pitchers in my baggies rather than down the drain. I’d say foam is about 20 percent beer after it settles, though I haven’t done any scientific analysis of the phenomenon.”

And the best part is, it’s inexpensive and uncomplicated. 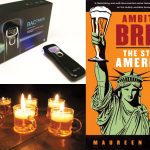 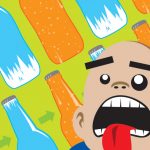