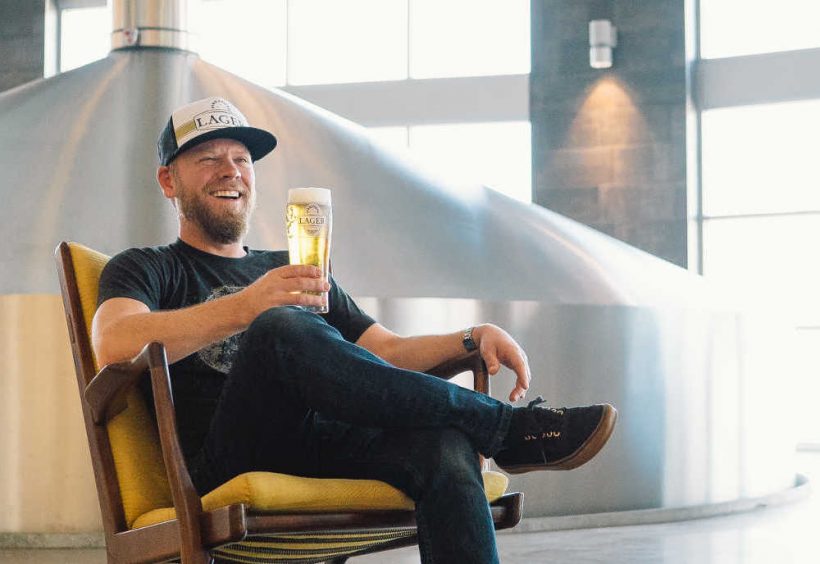 Despite being the most produced beer category on the planet, and having brewing roots that go back more than 500 years, lager continues to get a bad rap from many US beer drinkers thanks to decades of BudMillerCoors (aka Big Beer) bashing. Times and palates are thankfully changing as more independent brewers get into lager brewing, but plenty of misinformation still exists that continues to dissuade consumers from exploring some of the most beautiful, nuanced, or in some cases, robust beers on Earth.

To help me dispel some of those myths, I reached out to my friend in beer: Matt Brynildson, brewmaster at Firestone Walker Brewing Company. A big lager fan himself, Brynildson is responsible for the creation of Pivo Pils, a four-time winner at the Great American Beer Festival. Firestone Walker is also host of the second annual Pils & Love fest, a one-day event inspired by Birrifico Italiano’s annual Pils Pride in Italy that will come to The Propagator in Marina del Rey, Calif. on Saturday, July 28.

But first, what’s a lager?

Without getting too geeky or losing ourselves in its incredible history, modern lager beer is typically brewed using a bottom-fermenting hybrid yeast strain called Saccharomyces pastorianus (named in honor of French microbiologist Louis Pasteur), which loves fermenting at cold temperatures (roughly 48–58°F) compared to top-fermenting ale yeast strains. The word lager itself stems from the German word lagern (to store). And, you guessed it, lagers are also stored at cold temperatures (approximately 33–35°F) for further maturation, which is referred to as lagering and can range from weeks to months depending on the beer style. There’s a lot more to it, but the end result in the glass should be a very clean beer that provides plenty of eye candy along with incredible balance and thirst-quenching drinkability.

Myth 1: Lagers are cheaper and easier to brew.

Brynildson: This is definitely not the case. In fact, lagers are more time, space, and energy intensive than ales. Using Firestone Walker’s brewing program as an example, the average ale (even dry hopped IPAs) takes less than two weeks to produce, while the average lager beer takes four to five weeks to produce. This is mainly due to cooler, slower fermentations and longer cold maturation [or] lagering times. Brewing lager ties up tank space twice as long, requiring twice the cellar volume (number of tanks) as an ale brewery. Cooling [also] takes energy, so lagers consume more energy on the average than an ale all the way from wort production to the final package. Although the bill of materials might be less for some lager styles, the cost of production is more.

Myth 2: Lagers are made with adjuncts, and adjuncts are bad.

Brynildson: Most of us are familiar with the well documented American industrial lager history and its dubious reputation in the international beer world. Unfortunately, these beers gave lager beer, at least in the United States, a bad rap for a while, mainly for their lack of flavor relative to classic lager styles, and the way [in] which some of them were produced. A few examples: raising fermentation temperatures, shortening lagering times, and using corn, rice, maize, or other extract sources other than malted barley, which are referred to as adjuncts. Cheating the process to shave costs rarely ends well, but the use of adjuncts was not one of these [money saving techniques]. Most of the time, using adjuncts adds steps and cost to the process.

Yes, classic American lager brewers utilize adjuncts as a source of extract, but that was for good reason when these beers were developed. [Historically,] available malting barleys were high in protein and difficult to manage relative to European cultivars. Adjunct extract sources are not a bad thing when used for the right reasons. English and Belgian brewers have used adjuncts all along. An adjunct sugar source like dextrose can be used to lighten the body of beers like Double and Triple IPA. Adjuncts can [also] bring unique flavor to a beer—like Belgian candi sugar in a classic Dubbel—or simply allow for higher alcohol levels in strong beer styles like Barleywine.

Brynildson: This comment seems to be pointed directly at generic American industrial lager beer and not the host of other lager styles out there. The fact that a beer is made with lager yeast and is produced through a lager beer process has little to do with the beer’s apparent weight, carbonation, color, or flavor complexity. You can make a very rich, complex, hoppy, dark, and interesting lager beer. It’s all in how you formulate the recipe and the process [with] which you choose to make the beer. You can make a very light, fizzy, yellow, bland, and boring ale just as easily.

Myth 4: Ales are darker than lagers.

Brynildson: This is like saying all Bordeaux wines are red and all Burgundy wines are white. [And that’s because lagers can range from pale yellow to pitch black.]

Myth 5: Lagers can’t be good. Just look at the ratings compared to other styles.

Brynildson: It’s unfortunate that the most flavor-intense styles tend to garner the highest ratings instead of the most technically perfect examples of any given style.

Brewers will tell you time and time again that lighter beer styles, especially lager beer styles, are some of the most technically difficult beers to execute flawlessly. A brewer’s creed has been and will always be centered on balance and drinkability. I recently judged at the Independent Beer Awards in Australia and the best of show beer was awarded to a beautifully brewed Munich-style Helles. Not only was the beer brewed impeccably to style, but it was thirst quenching, subtle yet complex, [and] allowed the grains to speak and the hops to sing softly. It was a desert island beer like no other and would deserve a perfect rating on any website. Although lager beers have been at times bastardized and misused to build fortunes for multinational mega-companies, they are the most popular beers worldwide, even in countries with strong and deep beer cultures. Lagers might be the most mass-produced subset of beer on the planet, [but] they can be some of the most interesting, drinkable, and balanced beers out there. Please pass me a [Birrifico Italiano] Tipopils! ■ 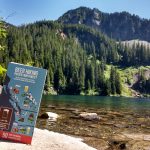 Previous: 10 Questions with the Authors of Beer Hiking Pacific Northwest 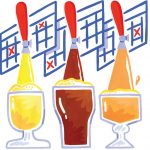