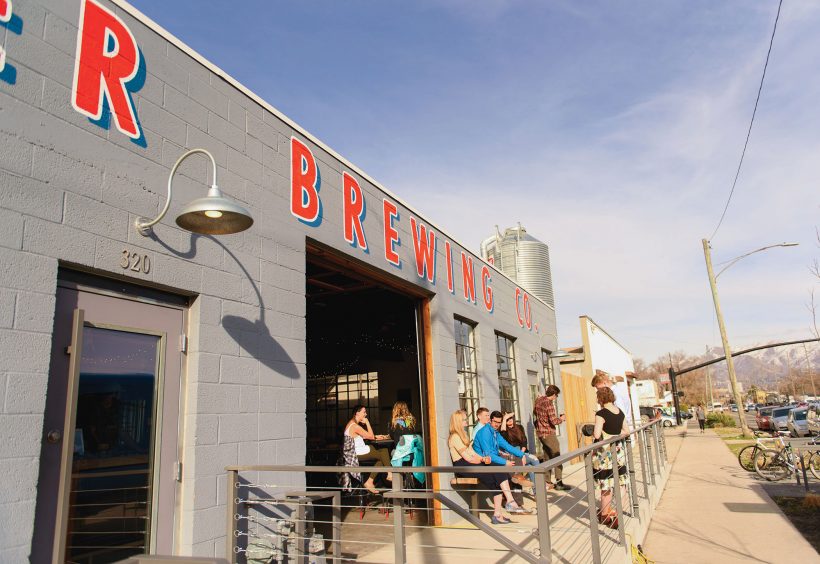 Tucked away on a side street of downtown Salt Lake City sits a small building with floor-length windows and A. Fisher Brewing Co. painted in red block letters across the top of its exterior.

Inside, an array of different sized tables are filled with people talking to each other—friends, strangers, and at one of them, the brewery’s co-owners: Tommy Riemondy, Colby Frazier, Steve Brown, and Tim Dwyer. All four can be seen here on any given night—mingling, pouring beers, selling swag, and checking IDs. It’s clear they know most of the customers.

“We really wanted this place to be like a community resource,” Dwyer says. “We wanted to be, you know, for the 21-year-olds to the 99-year olds, male or female. Anybody who wants to come in these doors we want to feel comfortable.”

Over the past year and a half, Fisher has become just that: A meeting spot for Utahns young and old—the latter often looking for a small taste of their past.

The Original Fisher
In 1884, a German immigrant named Albert A. Fisher opened his brewery in Salt Lake City after working at other local producers, including Salt Lake City Brewing. His brewery quickly grew into one of the West’s largest as the state’s late 19th century mining boom brought in thirsty miners from Europe, explains Del Vance, a Utah beer historian, co-founder of Uinta Brewing and the Bayou Bar, and current owner of the Beerhive Pub.

Then Prohibition happened. Between 1917, when alcohol was banned statewide, and 1920, when Prohibition was enacted across the country, the brewery tried to stay in business by making soda, ice cream, and “other crap nobody wanted,” Vance says. The company closed shortly after Fisher died in 1920. Albert Fisher’s son Frank, however, had invested wisely in real estate and local banking firms, which enabled the family business to reopen in 1933 and grow into annual sales of 100,000 barrels by the early 1940s.

In the late ’50s, after Fisher had found success shipping stronger beer out of state, San Francisco’s Lucky Lager Brewing Co. purchased it. Lucky invested millions of dollars in the Utah plant and boosted its capacity to over 400,000 barrels, making it Utah’s largest brewery to date.

The Fisher name and brewery were kept, and beer was made in Salt Lake under both the Lucky Lager and Fisher Beer names. Over time, the brand endured buyouts by other larger beer corporations, including General Brewing, Miller, and Pabst, until the original facility was eventually demolished in 1980.

Nearly 40 years later, the Fisher family is back in business, but on a much more modest scale. 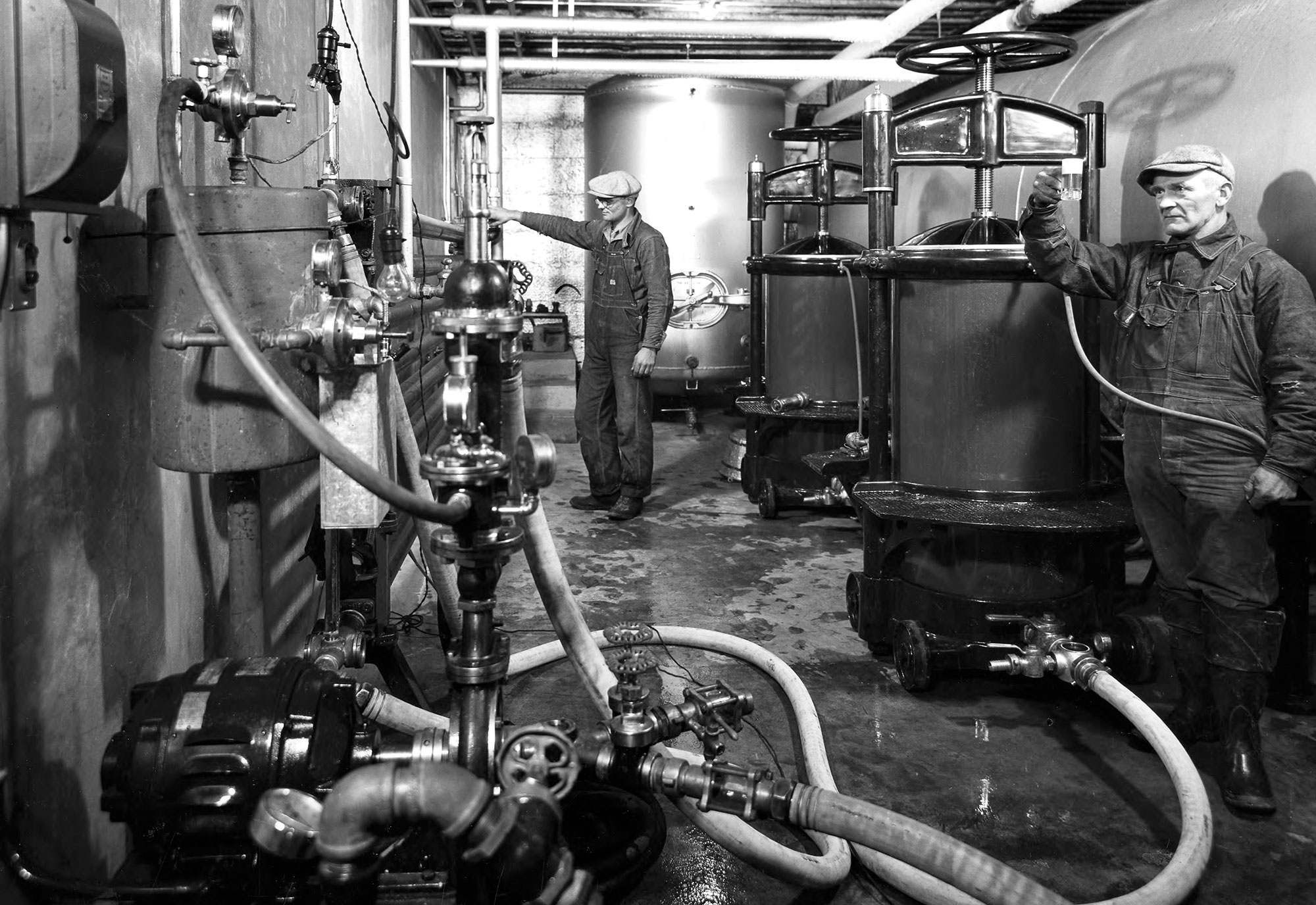 “The new Fisher Brewing Co. opened in 2016 with a completely different philosophy,” Vance says. “Instead of trying to sell its beers all around Utah and the rest of the country, they’ve decided to concentrate all their efforts on satisfying the tastes of the few lucky locals who venture into their brewpub.”

Riemondy says it was always a dream to reopen the family business and see the community reconnect to its roots. “It was awesome to see a lot of people come in whose first beer was a Fisher Beer,” Riemondy recalls from a seat in the brewery, noting that nostalgia has helped diversify their customer base. “It’s a demographic that’s not necessarily into craft beer, but a 70- to 75-year-old person [who] wants to come drink the first beer they ever had again.”

Riemondy, Dwyer, and Frazier are longtime friends who bonded over a love of homebrewing and beer. On a whitewater kayaking trip on Utah’s Weber River in 2012, they had the idea to start their own business and potentially revive the Fisher brand, which jump-started a five-year journey from finalizing a concept to scouting a location and finally opening their doors to the public.

“The Fisher revival possibility was a big catalyst,” says Dwyer. “We began to investigate things like trademarks and whether or not we could move forward with that [idea].”

The fourth partner, Steve Brown, focuses on the front-of-house and customer experience. Once they were cleared to use the Fisher trademark, Brown was instrumental in releasing new and old styles of Fisher Beer-branded merchandise.

Most of all, the four wanted to create a brewery that would appeal both to older Utahns and younger transplants looking for a new hangout. “We certainly are reinventing it as a different animal than what Fisher was [in the past],” Dwyer says, noting that they’ve chosen to offer a wide variety of fresh draft beer. “Fisher was a big beer factory that made one kind of beer—a light beer—and they pumped out as much as they could as far as they could. We’re a very small, locally focused craft brewery.”

But all four partners agree: The name certainly helped them. “The people [here] have a connection to the brand,” Brown says, leaning back from one of the tables he and his partners built by hand. “Even if they didn’t necessarily drink it, their parents drank Fisher beer and so they want to drink Fisher beer.”

For Sohaila Kowsari, a local aesthetician and stay-at-home mom, Fisher is a go-to hangout that she and her friends have been visiting since the week it opened. “It’s just so welcoming,” she says. “I’ve gotten to know the four owners and they’re really personable.”

Kowsari likes that she and her husband can walk in whenever—and dressed however—and says they’ve met “so many different types of people” there. And it’s not just the friendly faces that keep the couple returning to the taproom; it’s the beer, too. In fact, for holidays and special occasions, she says she stocks up on growlers and crowlers of their favorite beers, like El Gato Negro Black IPA.

Keeping It Fresh
It’s unlikely some of Fisher’s current brews would have sold as well as a classic Pilsner did back in the brewery’s early days, but they’re definitely gaining popularity with today’s drinkers. Some of the team’s most adventurous recipes—all made by brewmaster Colby Frazier—have included a beet Saison and their Strawhoppa, a straw-colored wheat ale hopped heavily with Simcoe.

There was one, however, that went a little too wild for Reimondy. “We did a sage Saison, and it just wasn’t the beer for me,” he recalls. “It was just too sage-y. But other people absolutely loved it. So I think kudos to Colby. It’s like, hey, if we’re going to do a sage Saison we’re going full board. We’re not gonna half-ass it. And he found a crowd that did like it.”

With 17 house beers and two guest lines, the brewery generally has something for everyone. Alongside experimental one-offs, they keep some rotating favorites up on the board, like Nitro Red Ale, Fisher lager, and a classic Porter. The brewery also sells Coke and Dr. Pepper for visiting teetotalers. And with a weekly food truck schedule as diverse as its brew list, Fisher patrons rarely experience the same thing twice.

The partners maintain they have no interest in building a kitchen or expanding beyond their current confines, much to the disappointment of local connoisseurs—including Vance.

“The beauty of their business plan is that it lets them experiment with all types of beer styles instead of just one or two, like the original Fisher Brewing Co.,” Vance says. “They don’t have to worry about packaging, distribution, pricing, shelf life, and product consistency. I’m hoping someday they decide to distribute a little draft beer to a few select bars, the Beerhive Pub being one of them. But as the old saying goes, ‘If it ain’t broke, don’t fix it.’”

Fisher Brewing celebrated its one-year anniversary in February with its second limited high-point release, a 6.8 percent IPA made with Galaxy and Citra hops. “In Utah, all beer on draft must be 4 percent ABV,” Dwyer explains. “High point beers refer to anything above that level, which must be pre-packaged into bottles and cans for sale at state-approved liquor outlets.” The release attracted a crowd that wrapped around the building, and sold out in a single day.

For now, though, the team insists that serving fresh beer from the taproom is their top priority. “We’re just going to brew a whole bunch of crazy good beer and see what the legislature does,” Frazier says with a laugh. “It would be really interesting if changes were made to Utah’s liquor laws that allowed for a wider variety of beer to be brewed and poured on draft in Utah. That would be helpful to us, and great for Utah beer drinkers.”

In the meantime, the four look forward to serving some of the state’s most historic brews to one and all. “You can look around here and see 80-year-old ladies stumbling in on their canes—like, for real, wanting their Fisher beer,” Frazier says, taking a sip from one of his own creations. “And they’re right next to, you know, Harley-riding hipsters and whatever. We have a way diverse crowd here, which is cool.”

On Tap
Fisher Beer: The brewery’s classic lager is not an exact replica of the original brew, but it’s just as tasty, offering balance and hints of lemon, pepper, and herbs. 4.0% ABV

Galaxy Pale Ale: This drinkable Pale Ale is hopped with Galaxy, resulting in a surprisingly fruity and tropical aroma. 4.0% ABV

White Pale: The use of wheat gives this Pale Ale a slightly cloudy appearance and hint of sweetness. Mosaic hops lend complex berry notes to the brew. 4.0% ABV

HEFE: A classic Bavarian-style Hefeweizen that pops with a balance of banana and clove. 4.0% ABV

Saison: Fisher’s take on the style uses a French Saison yeast, rye in the malt bill, and Centennial hops. It’s a crowd favorite that is sometimes soured in the kettle. 4.0% ABV ■ 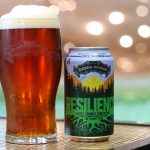 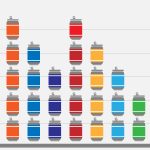