These 3 American Brewers Are Inspired by Extreme Beer 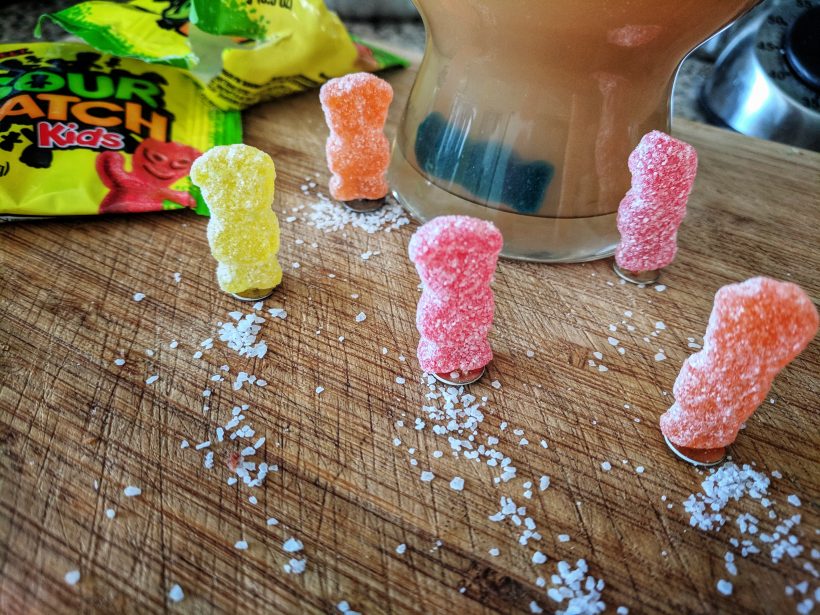 In 2003, when BeerAdvocate announced its plans to host a festival dedicated to the concept, numerous examples of extreme beers already existed. As Don Russell wrote in issue #2 of the magazine, “Samichlaus, widely regarded as the world’s strongest lager at 14 percent ABV, may very well be the original Extreme Beer. This Christmastime brew, named for the Swiss-German translation of ‘Santa Claus’ and brewed just once a year (on December 6: St. Nicholas Day), has been numbing chilly beer drinkers since 1979.” Four years before that, San Francisco’s Anchor Brewing probably surprised more than a few palates when it debuted its first batch of Old Foghorn, a then-obscure style called Barleywine. And in 1982 in Yakima, Wash., Bert Grant introduced the Pacific Northwest to another extreme style (for the time at least) when he released his Imperial Stout, the first of its kind in the United States.

The brewery boom in the mid-1990s brought other exciting oddities into the spotlight, from Sam Adams Triple Bock, fermented with Champagne yeast and aged in whiskey barrels, to Dogfish Head’s Immort Ale, which appealed to adventurous drinkers with vanilla beans, juniper berries, and peat-smoked barley. Today, whiskey barrels and vanilla beans are very much a part of the beer landscape. They’re no more extreme than an everything bagel. But brewers continue to find other ways to experiment, whether it’s with lactose and tropical fruit puree, coolships and mixed culture fermentation, or Sour Patch Kids and gummy worms.

Q: Which ale or lager do you remember trying that challenged your ideas about beer? Why did it make an impression?

Mark Sigman: I think it was the first EBF we ever did, I think late March 2014, likely the first one at the Seaport World Trade Center. I was so pleased to have been invited as we were psyched to be in such great company. I remember walking around just before the opening of the Friday session, sampling some of the beers from my favorite breweries from around the country. The one that has stuck with me throughout the years was from Half Acre out of Chicago; they had a gin barrel-aged Pilsner at around 5 percent. The botanicals from the gin and the slight vanilla from the barrel was magical with the floral, clean Pilsner. At the time, I really only thought of extreme beers as high alcohol, kitchen sink beers, and this beer blew me out of the water with its subtle but powerful flavors and creativity.

Tony Hansen: The beer that pops into my memory is from my first EBF session, I think it was back in 2007 or 2008. It was a Tabasco barrel-aged beer called Tastes Like Burning. I remember standing near the line, wondering what sort of beer was causing so many people to react in such a variety of ways. Some people were violently trying to shake the taste out of their mouths as they walked away from the booth, while others seemed to be amazed with what they had just tasted. It really made me think about beer as more of an experience than just a beverage. All of the people that were standing in that line weren’t just drinking beer. They were having a great time sharing that experience, even though it set their mouth on fire.

Q: When did you first brew a beer for commercial release that might be described as extreme? What was your source of inspiration?

Sigman: Due to the small nature of our brewery, we’ve always had a lot of leeway in style choice, and could really experiment and receive direct feedback from [our] customers. I think the first beer we released that was boundary-pushing was a beer called Hymn to Ganesh. It was an Amber Ale with cardamom and orange. There was a lot of excitement around this beer when we released it, [but] it was not for everyone. Although we do not make these beers all the time, I have constantly found inspiration from the food world in my creative process. Likely I saw some kind of recipe in Food & Wine for cardamom and orange spice cookies or something and thought this would be a great beer. Cookies can be great inspiration for beer recipes.

Ben Edmunds: I don’t know that it was the first beer we did in this vein, but early on (maybe 2011?) we made a beer called Duck Duck Porter that used 100 pounds (in 3 barrels) of duck bones that we had roasted in a wood-fired oven. The inspiration was a really beautiful duck consomme that I’d had at a high end restaurant in San Francisco, combined with some chocolate. The wort smelled incredible—we simmered our wort for 96 hours with the duck bones in the kettle. Kind of like a kettle sour but with bird carcasses and no Lacto. Truth be told, we should have just taken the wort and served it duck-infused and all right then. But… we fermented it out, and sadly, the duckiness dissipated during fermentation. Maybe those flavor compounds got broken down into amino acids that [the] yeast used? Regardless, the beer ended up tasting like a nice, round, slightly savory Porter. I’ll never forget the smell of that wort before we pulled the duck bones out… it was incredible.

Q: After pushing the boundaries with everything from hops and alcohol to candy and lactose, where do you see the next frontier for extreme beer?

Edmunds: Call me crazy, but I think low-bitterness beers with less sweet adjuncts might become a thing, kind of like what Christina Tosi did with cereal milk flavored desserts. I also think matcha is poised to have a mainstream moment as an ingredient; though, the cost on it is pretty high and may pose a problem.

Hansen: It’s hard to say what the next extreme trend will be. There can’t be very many weird ingredients left that brewers haven’t tossed into the kettle by now. Maybe it will be some sort of mutant IPA infused with enormous amounts of THC that makes your life flash before your eyes.

Sample unusual and limited offerings from 120 breweries—including Relic, Breakside, and Short’s—at our Extreme Beer Fest in Boston on Friday, February 1 and Saturday, February 2.  ■ 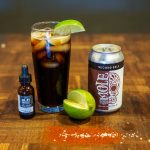 Previous: How to Make a Molechelada Beer Cocktail 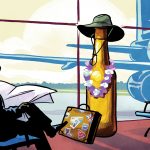