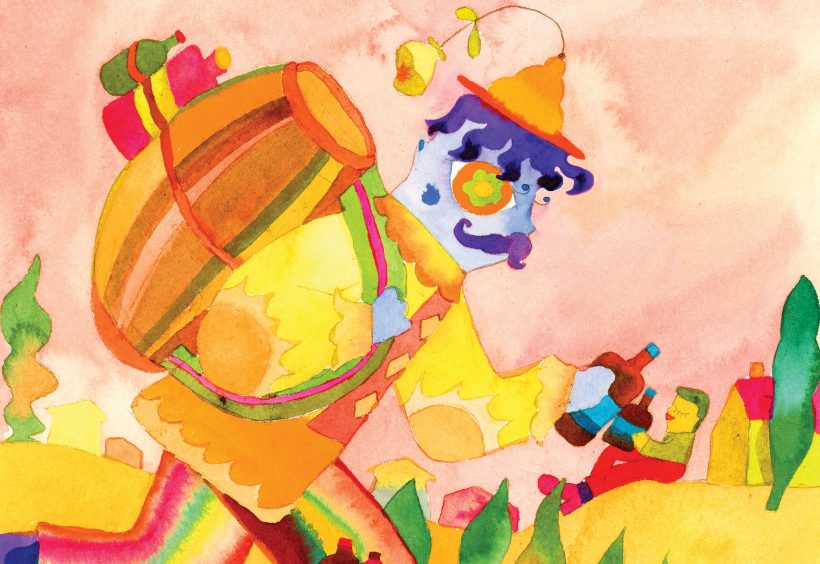 As the well-worn sedan’s engine turned over, Matt Schenck eased back the driver’s seat slightly to better secure the sixtel wedged in behind it. Confident that the container of single barrel sour Brown Ale was stable, he pulled out of Baere Brewing Company’s central Denver parking lot.

About 20 minutes later, Schenck slowly cruised Denver’s booming River North neighborhood, scanning the clogged curbs for a legal parking spot while navigating the daily street closures that result from the city’s ever-present construction projects. Good fortune struck about a block from his destination, the highly regarded bar Finn’s Manor, and he was soon lugging the sixtel and two 12-ounce sample bottles through an alley to the bar’s rear entrance.

“It tucks in nicely there,” Schenck says of the backseat of his 2011 Lexus IS 250, a compact sedan. “I once fit three kegs in this car for a festival, which was interesting. Fortunately I knew others would have a dolly to lend to us once we got there.”

This is how growth begins for many craft brewers: the baby steps of half days committed to visits, tastings, deliveries, check-ins, traffic, creative parking, and yes, plenty of headaches while visiting various accounts. Collectively known as self-distribution, the job encompasses sales, marketing, order fulfillment, and customer service while allowing a small brewery such as Baere, which produced 400 barrels in 2017, to compete label to label on store shelves and tap handle to tap handle in restaurants and bars.

“When we’re in shops in different parts of Denver, we’re reaching people who don’t necessarily venture into the brewery’s neighborhood, but we definitely see them come in after they’ve found one of our beers at a retailer,” Schenck says. “And it’s super cool when someone in a different city checks in on Untappd because they picked up one of our beers at a place like Mr. B’s Wine and Spirits Awhile they were visiting Denver.”

According to the Brewers Association, self-distribution in some shape or form is allowed in 37 states and the District of Columbia. In its 2016 Brewery Operations and Benchmarking Survey, the trade group reported that approximately 72 percent of distributing breweries that produced up to 1,000 barrels a year engaged in self-distribution, as did nearly 33 percent of those that produced between 1,000 and 5,000 barrels annually.

Bart Watson, the Brewers Association’s chief economist, says that the in-house effort is ideal for smaller brewers that wish to not only expand their customer base by selling excess production, but to gain first-hand understanding about the marketplace outside of the cozy confines of the taproom. “One of the biggest complaints from distributors is that new breweries don’t understand how the model works,” Watson says. “They end up learning a lot about the business, including how to find their way in a crowded market while proving they have a viable brand.”

The sales process is full of nuances—namely catching the right contact in the right mood at the right time in the right outlet in the right neighborhood. Then, once everything clicks and a retail store, bar, or restaurant agrees to take on the product, the dynamic shifts to maintaining inventory. And the relationship.

“If we could do a tasting, sell, and deliver all at the same time, it might be worth the trip,” Baere co-owner Kevin Greer says of trying to break into the beer-rich Boulder, Colo., market, which is a 40-minute drive from the brewery, traffic willing. “But it takes a week to show up, introduce yourself, and set up a meeting. The next week, you bring samples and meet to discuss sales. Then the next week, you make the delivery. Trying to establish that relationship is difficult.”

As a brand gains traction, resources must be reallocated to meet the growing commitment, like Schenck stepping away
from the brewhouse to make sales calls for Baere. At a certain point, these duties can become significant enough to necessitate a full-time employee.

At Living the Dream Brewing Company, just south of Denver in Highlands Ranch, that pivot occurred roughly three years in. Having pushed into self-distribution about a year after opening in the summer of 2014, owner Jason Bell assigned primary sales and distribution duties to Dave Gillette—who’d previously been tending bar, helping with deliveries, and tackling an assortment of odd jobs—on a full-time basis in the spring of 2017.

Nowadays, Gillette spends most Mondays and Tuesdays calling on and servicing the brewery’s nearly 130 accounts; Wednesdays are dedicated to prospecting new outlets; Thursday is delivery day; and Fridays are consumed by paperwork back in the office.

“I try to make it as easy for the customer as possible, so I try to hit most of my accounts at least once every other week, and many I visit every week,” Gillette says. “I’ll bend over backwards for my customers so if they need a case of beer or something on a Saturday, I’ll get it out to them. That’s a greater value for both of us than having empty shelf space.”

Because of his high-touch approach, Gillette is fairly well- known to his customers, who tend to also be smaller, non-corporate restaurants and bars, as well as liquor stores of varying sizes. “There are a lot of great little places in this area that are wiling to carry a small brewer and more likely to work with us because they understand us as a fellow small business,” he reveals.

Given the more personal connections that form in the early stages, Watson of the Brewers Association says it’s not uncommon for regional craft breweries to hold on to the rights to distribution accounts in their own backyard. Even when the sales territory grows to a size where it makes economic sense to hand much of the responsibility to an outside distributor.

“When a brewery hits that point where it can’t get a delivery truck out and back in a day, or it needs more warehouse space than the truck can provide or it needs a second distribution center, it starts to make sense to make the tradeoff to a third-party independent distributor,” Watson explains. “Even then, a lot of brewers like to keep connections to their home markets—maybe those accounts they know best.”

Back in central Denver, Schenck acknowledges that driving around in a company owned vehicle would be a welcome upgrade from his personal car, but he fully understands that other expenses take priority right now and besides, Baere’s modest distribution footprint isn’t that taxing on his ride. More urgently, he’s plotting a return to Joy Wine & Spirits, where the day’s visit revealed a lack of bottle tags.

“I noticed that those were missing and since it affects how customers enjoy our beer, I need to pop back over there,” he says before disappearing into the back room. It was 4 o’clock and he had one more stop to prepare for on his way home that evening. ■ 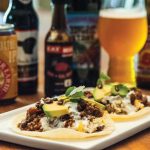 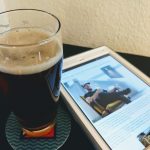