Hardywood Founders Discuss the Changing Beer Landscape and the Launch of Their New Brand, Suncrush 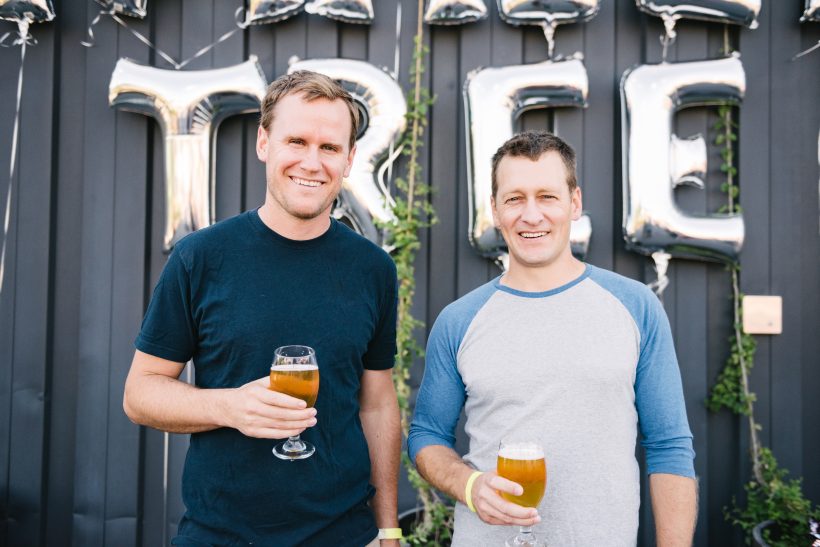 Friends Eric McKay and Patrick Murtaugh founded Hardywood Park Craft Brewery in 2011. At the time, there was only one other brewery in Richmond, Va., the city they chose as their base of operations. Today, roughly 30 breweries call the capital of Virginia their home, with more in planning. The past seven-plus years have been good to Hardywood though, and in addition to its original brewery in Richmond’s historic German Brewing District, the company’s properties currently include a satellite taproom with a 3.5-barrel pilot brewhouse in Charlottesville, and a large, 60,000 square-foot production facility on 24 acres west of the city.

A combination of sound leadership and skillful brewing has allowed McKay (president) and Murtaugh (brewmaster) to adeptly navigate that rapid growth, in spite of an evolving, increasingly crowded marketplace. Now the partners are writing another chapter in their company’s young history by taking a step into the emerging better-for-you, low calorie and low alcohol space. Rather than add another beer to Hardywood’s already diverse lineup however, McKay and Murtaugh decided create an entirely new brand called Suncrush Beverage. Launched into distribution last week, the canned beverages are 4 percent ABV, gluten-reduced beers made with crushed fruit and matcha green tea.

Described as “cold-conditioned sparkling ales,” the range consists of Tangerine Suncrush (available year-round), Ginger Lime Suncrush (March), Grapefruit Suncrush (July), and Cranberry Suncrush (January). No mention of Hardywood is made on the packaging, and the only reference on the website is to note that the beers can be purchased at all three Hardywood taprooms. I recently caught up with McKay and Murtaugh to talk about their thoughts on the rising popularity of low alcohol beers, the competitive pressure from other alcoholic beverages, especially hard seltzer, and their plans for the new brand.

Why do you think low calorie, low alcohol beers are trending right now? And why are so many of them fruit-forward?

Murtaugh: Particularly for the people who engage in outdoor activities—golf, hiking, skiing—they’re looking for that beer to reward themselves. Including real fruit is a nice addition, and follows the trend of juicy, fruity IPAs. And using real fruit has other benefits.

McKay: It was hard to say where things were headed a year or two ago. You had lagers, session IPAs, et cetera. Suncrush takes that direction—enjoyable and approachable—to a new level.

What led you to decide to enter the low alcohol space with Suncrush?

McKay: For us this largely comes out of spending weekends away and bringing our canned IPA [The Great Return, 7.5 percent ABV] with us. But you can’t have more than a couple at the beach. We started to think about creating the ultimate outdoor adventure beer.

Why create an entire offshoot brand instead of releasing low alcohol offerings under the Hardywood name?

McKay: One thing retailers and distributors have experienced in the last few years has been losing market share to wine and spirits. We hope to win people back. Part of our reason for creating Suncrush is that for the people who are entering alcohol consumption age, craft beer is commonplace compared to 10 or 15 years ago. Other people find [craft beer] intimidating. The goal of Suncrush is to keep it fun, simple, and exciting. We’re trying to adapt our strategy to keep beer interesting—we’re aiming for a broader demographic.

Where did you find inspiration for the Suncrush beers? How much will you emphasize the fact that it’s a gluten-reduced beer?

Murtaugh: This was really drawn from conversations Eric and I had. We sort of mapped out the finished beer in our heads. With Suncrush we wanted to create the most refreshing, drinkable beer it could be, and getting the right balance was another big part.

McKay: We did get a lot of feedback from customers who wanted a low-gluten or a gluten-removed beer. This is the first time we’ve made one. If we had to categorize [Suncrush], it’s most similar to a sessionable Kölsch. 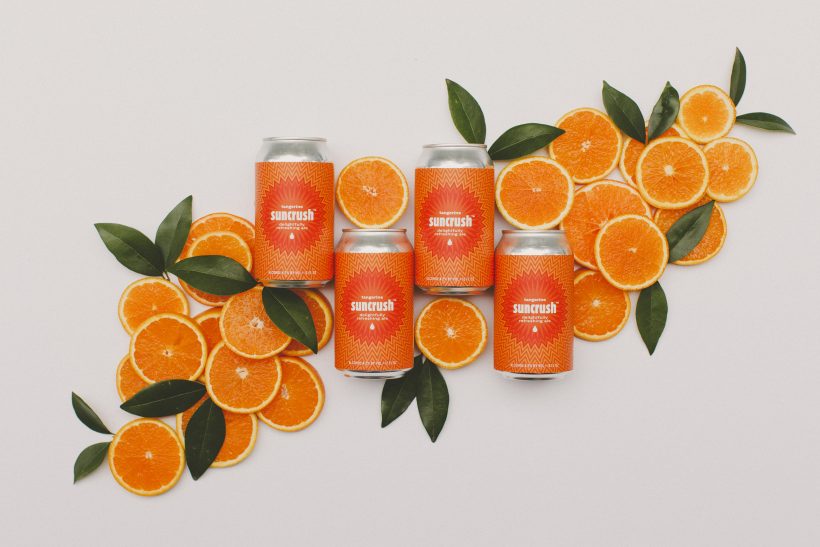 McKay: It really started in the summer of 2016, but at the time we didn’t have much bandwidth to explore. Then in 2017 Pat started playing around with recipe development at our new pilot facility in Charlottesville. Our general interest was to have variety.

Murtaugh: The concept was to methodically put green tea in the recipe—potentially leading to a more refreshing beer. A little bit of caffeine might [also] prevent lethargy. And sort of like Gingerbread Stout, we weren’t following guidelines or any recipe. We have four flavors now—tangerine, ginger lime, grapefruit, and cranberry—and we’re playing around with other options.

How widely will Suncrush be distributed and what sort of batch size did you choose to start with?

McKay: We’re just now releasing it in Virginia with our seven distributors. In the spring we’ll be launching in North Carolina and Atlanta. Primarily we’ve brewed 60 barrel batches at our West Creek facility.

What sort of potential do you see in terms of growth and reach both for the segment and the Suncrush brand?

McKay: Our attitude is that the category of sparkling water is a category that’s broadly appealing to wine and spirits drinkers. We think there’s a big opportunity here. We released two varieties on Labor Day [2018], and by October it was the best-selling beer in our taproom. People were buying full cases of Suncrush, which is unusual for the taproom. We don’t foresee it having explosive growth. It’s going to take a little education and time, but feedback has been overwhelmingly positive and where this beer shines is in the warmer months. We expect to sell somewhere around 4,000 barrels [this year].

How do you plan to market Suncrush? What do you think of taking a healthy-ish angle?

McKay: We don’t want [Suncrush] to be lumped in along with Hardywood in the beer section. It’s become a challenging time to stand out and be unique and we want it to stand out. Typically we like to have that billboard effect with our other beers. With Suncrush there’s no mention of Hardywood on the label or anywhere in the branding. By delineating between Hardywood and Suncrush, we’re hoping to earn a little more shelf space.

Murtaugh: We’re trying to make sure our marketing is really on point and that we’re letting people know what it is. There have been a lot of studies saying beer has a lot of health benefits—in moderation. [But] we want to position Suncrush between craft beer and hard seltzer. It’s our way of engaging people who might be more focused on non-beer type beverages. ■ 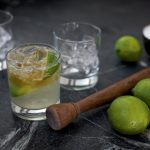 Previous: How to Make a Cascadian Caipbeerinha 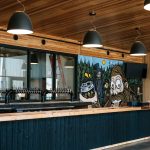