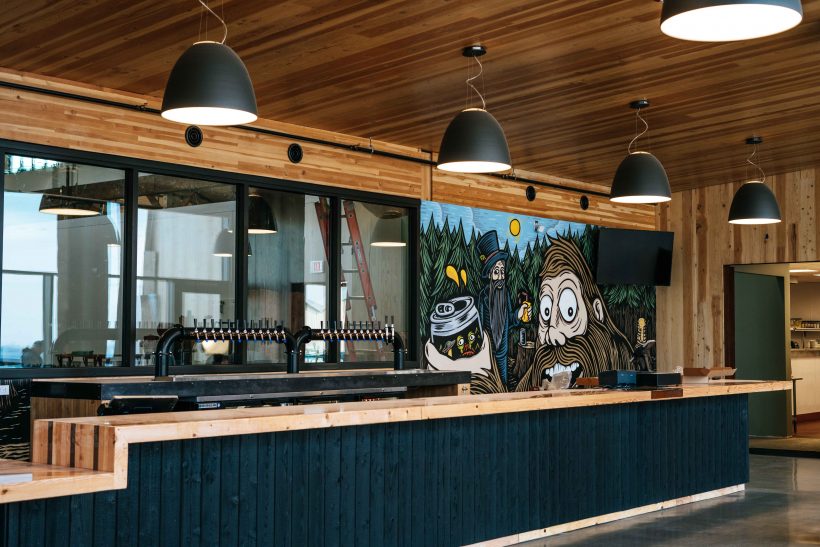 “We were in over our heads, we didn’t have any capital, and we didn’t know how to get capital,” explains James Dugan.

Like many new breweries around the country, Great Notion had its work cut out from the start. Not only did the three founders—Dugan, Andy Miller, and Paul Reiter—lack professional experience in the brewing industry and the restaurant business when they officially opened on January 1, 2016, they had chosen to launch their company in Portland, Ore., a city with a thriving beer scene and no shortage of savvy consumers. But by beginning with an existing brewpub, The Mash Tun, and slowly transitioning it into a new brand, the trio learned the ropes and soon built a loyal following. It didn’t take long for word to spread about beers like Juice Box Double IPA (renamed JB) and Double Stack, a breakfast Stout that medaled at the World Beer Cup and the Great American Beer Festival in 2018. Today, Great Notion expands into a larger, second location in an industrial part of northwest Portland.

“It’s been great not stressing out about running out of beer,” says Miller, referring to the fact that he’s brewing on a 30-barrel system instead of the 7-barrel brewhouse that they acquired with the purchase of The Mash Tun.

Built in 1944 and recently used as storage for the NBC television series Grimm, the building has been significantly renovated since Dugan, Miller, and Reiter began leasing the space in December 2016. And with 20,000 square feet to use, the facility at 2444 NW 28th Avenue offers plenty of growing room, even though the partners insist that they can’t see themselves brewing much more than 10,000 barrels annually. Last year the brewery sold approximately 2,400 barrels of beer; Reiter says it’s on track to be closer to 5,000 at the end of 2019. Production targets aside, Reiter isn’t shy about the fact that the long term plans for Great Notion don’t stop here. Without going into detail, he mentions the possibility of additional taprooms in Beaverton, Ore., and Seattle.

“We’re all in our 40’s,” he says. “It’s kinda like go big or go home. Our business model is like Trillium, Other Half, Tree House, or Fieldwork,” Reiter adds. “A lot of people are driving down here every Saturday for beer releases.”

In the meantime, the Great Notion team, which has expanded to nearly 60 employees, will be working hard to ensure a smooth opening week. To help accomplish that goal, Ryan O’Connor, the former chef at the Alberta brewpub, has been promoted to VP of operations, and is joined by general manager Tom Hayden, along with chef and kitchen manager Javier Chin. One of the new challenges at the northwest location will be the addition of a to-go coffee shop. Open Monday through Saturday (good news for anybody showing up for those can releases), from 7 to 11 am, the cafe will serve drip coffee and espresso drinks with beans roasted nearby at Sterling Coffee, as well as burritos, and baked goods—like ham and cheese toaster pastries—from PieCake, a local food cart. The taproom and restaurant will open at 11am seven days a week.

Inside, the public area is flooded with natural light from western-facing floor to ceiling windows. On either side of the bar made from a single slab of wood, two large, vibrant murals from label artist Chad Eaton further brighten the room, which highlights a modern design aesthetic from ZGF Architects. Seats for 75 people might seem ample, but if the popularity of the Alberta brewpub is any indication, Great Notion Brewing Northwest is likely to be an equally attractive destination. Fortunately, 24 draft lines, including two dedicated nitro taps, are likely to appease the thirsty throngs, as will the regular availability of four-pack cans to-go—a departure from the company’s early reliance on a Crowler machine at its original location. In a rather stark contrast to the taproom and restaurant space, the entry is defined by blackened wood surfaces that have been charred in a Japanese process called “shou-sugi-ban,” along with a wall built from Cor-Ten naturally weathering steel, which provides a splash of rusty orange. 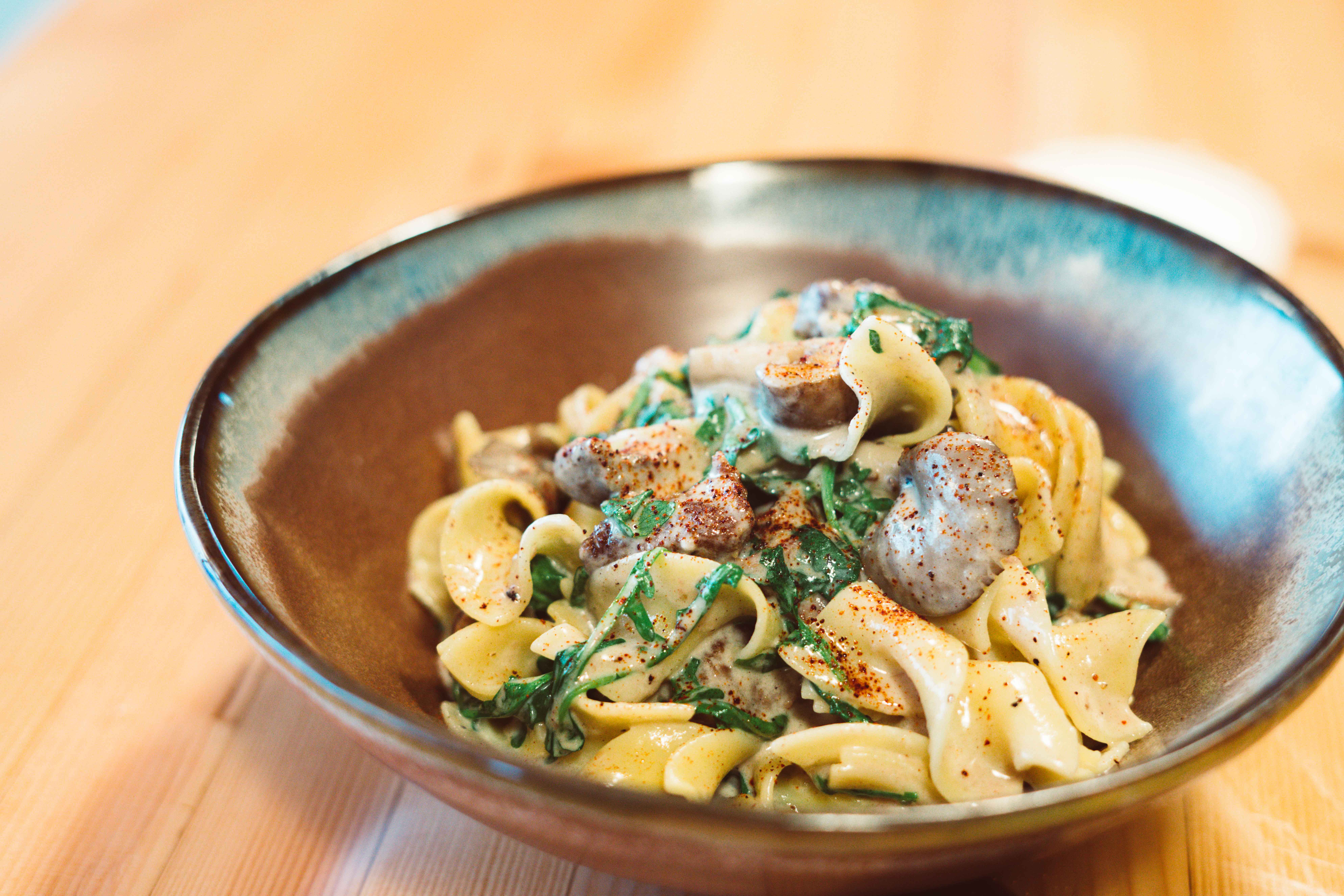 Benefitting from a larger kitchen, chef Chin will take a more elevated approach with the food menu at Great Notion Brewing Northwest, including a few seafood dishes and larger entrees. Those who can’t do without classic pub fare will still find the Great American Cheeseburger on the menu, but it will be joined by dishes like the Baja Halibut Sandwich with jicama brown butter bacon slaw, jalapeños, and avocado on a sesame seed brioche bun. Other new additions include a zucchini noodle salad, pork belly poutine, a Philly-style cheessteak, and a stroganoff made with braised wild boar collar, oyster and crimini mushrooms, Walla Walla sweet onion, and wilted arugula in a rich cream sauce.

As far as the beer program is concerned, Dugan and Miller have a number of ambitions besides keeping up with the demand for Blueberry Muffin, Ripe IPA, and Juice Jr. Although it will take some time to grow the wood cellar (Miller estimates that Great Notion currently has about 125 barrels), both brewers intend to focus more on barrel-aged beers and sour ales.

“We could fit 1,000 bourbon barrels in there pretty easily,” says Miller, gesturing to the floor space between the restaurant and the brewhouse. “[Another] thing that’s super fun that we’ve always wanted to do is take these sours and put them on a massive amount of fruit.”

Bourbon Barrel Double Stack, which disappeared in record time when it was first released in December, and Sorcerer’s Apprentice, an American Wild Ale aged on 200 to 300 pounds of Pinot Noir grapes per barrel are just two examples of the ideas they have for the future. Dugan in particular is excited by the possibilities of wine-beer hybrids—last year Great Notion fermented a Brut IPA on Chardonnay grapes from neighbors Boedecker Cellars—and expresses a desire to eventually pursue sake-beer hybrids, too. Much of this experimentation will occur at the Alberta brewpub on the smaller system, which will no longer have the same production pressure it did in the past.

“We don’t want to follow trends, and that’s been part of our success,” says Dugan. “The mochi series of beers have a lot of rice in them. I’m interested in making a beer with 100 percent toasted rice.” ■ 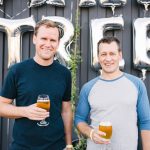 Previous: Hardywood Founders Discuss the Changing Beer Landscape and the Launch of Their New Brand, Suncrush 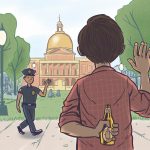