How World War I Changed Pub Culture, and Beer Itself 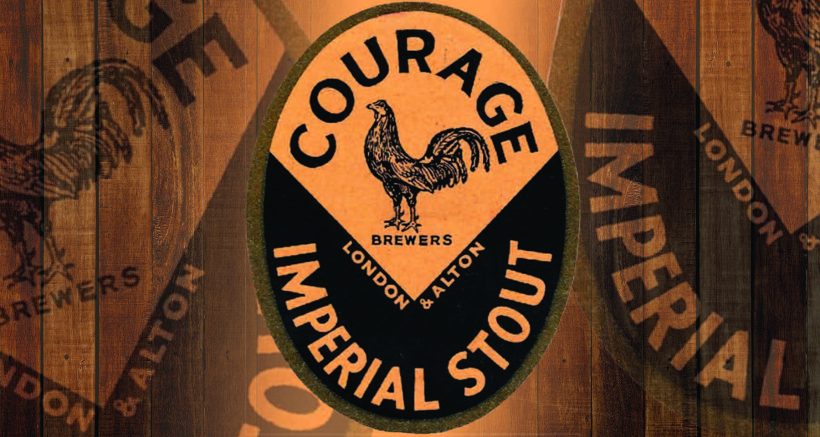 The First World War ended 100 years ago. It was a cataclysmic event in more ways than one—not just on battlefields in Flanders. Back in the UK, drinkers suffered, too. And their woes lasted long after the Armistice. The war transformed pubs and even beer itself. Not in a good way.

The government worried that munitions workers would spend their days in the pub rather than making artillery shells. Lloyd George, then Chancellor and later in the war Prime Minister, expressed concerns in a speech in Bangor in February 1915:

“Most of our workmen are putting every ounce of strength into this urgent work for their country, loyally and patriotically. But that is not true of all. There are some, I am sorry to say, who shirk their duty in this great emergency. I hear of workmen in armament Works who refuse to work a full week’s work for the nation’s need. . . What is the reason? Sometimes it is one thing, sometimes it is another, but let us be perfectly candid. It is mostly the lure of the drink.” 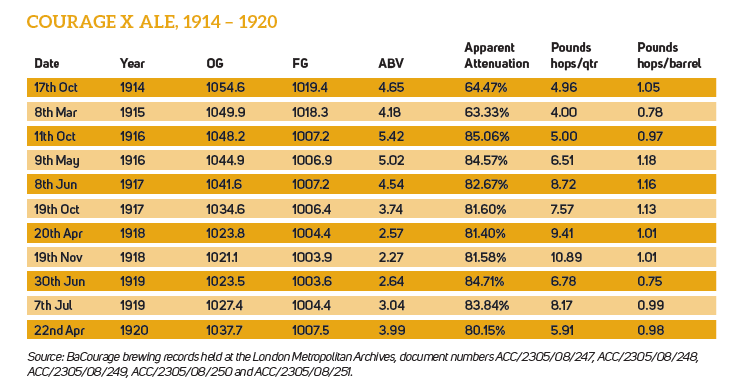 As a result of D.O.R.A., pub operating hours were slashed to just 5.5 hours: noon to 2:30 p.m. in the afternoon and 6 p.m. to 9 p.m. in the evening. Afternoon closing—a huge irritation in my early drinking years—lasted until the 1980s.

And some restrictions were just weird. Like the prohibition of treating, buying a drink for someone else. This was taken to the ridiculous extreme of prosecuting men for getting their wives a beer.

Apart from tripling the tax on it, beer itself was mostly left alone until early 1917, when the unrestricted German U Boat campaign started to seriously impact transatlantic trade. So with grain supplies running low, the government imposed a series of restrictions on brewers.

There was still money to be made with beers over 1034º, which weren’t price controlled. But for every barrel of beer you brewed at 1035º, you needed to brew one no stronger than 1025º. As a consequence, the strength of popular beers like Mild plummeted. Courage X Ale, a Mild, demonstrates this trend well. Its gravity fell from 1055º in 1914 to a nadir of just 1021º in late 1918. Not a happy time to be a Mild drinker.

As restrictions were gradually lifted from 1919 on, beer strength did bounce back, but it never returned to pre-war levels. On average, UK beer was 19 percent weaker in the 1920s than it had been in 1914.

WWI had a permanent legacy. UK beer became relatively weak and pubs remained closed for much of the day. I suppose it could have been worse. The United States got total Prohibition. ■ 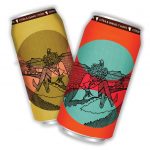 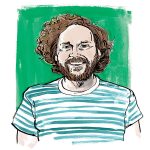